Playing junior hockey opened doors for William Brown and Keenan Reynolds – from a free university education, to making lifelong friends and connections, to teaching them leadership skills that they’re now using to help their community.

“Who I am today is because I was an athlete,” said Brown during an interview with Reynolds to discuss the launch of the Front Nine Project, a new volunteer-run initiative that the close friends founded together to introduce golf to kids who might not otherwise have access to the expensive sport.

“Because of COVID, golf became one of the only sports last year where people could go out and have some recreational fun,” noted Reynolds, a high-level golfer who won the Ottawa junior championship when he was younger.

The 23-year-old aspiring lawyers, both of whom were born and raised in the capital, have partnered with the Ottawa Sports and Entertainment Group (OSEG) Foundation and Ottawa Community Housing Foundation to run a six-week-long program beginning in mid-July. It’s designed to teach participants the basics of the game in a positive, fun and safe environment. They’re looking to recruit up to eight deserving youth between the ages of 11 and 16 from Ottawa neighbourhoods hit hard by the pandemic.

“Our main goal is to get the kids out and having fun,” said Brown. “It isn’t to create the next elite golfer in Canada.”

The co-founders have set a fundraising goal of $10,000 to cover transportation, golf equipment, accessories, range and green fees, and future golf memberships. Should the kids decide they want to continue playing after the program ends, Front Nine will happily help with the costs.

The pandemic has been particularly punishing on kids, shortchanging them on school, extracurricular activities and sports programs.

“They haven’t been able to do a lot of the things that being a kid, and growing up, is all about,” said Reynolds. “It’s exciting to know that this program is actually going to provide tangible, positive impacts on kids in these marginalized communities.”

Added Brown: “And hopefully lasting impacts, too, with giving kids future memberships at courses around Ottawa. It’s not just a one-and-done for these kids; they can pick up golf and continue to play for years to come.” 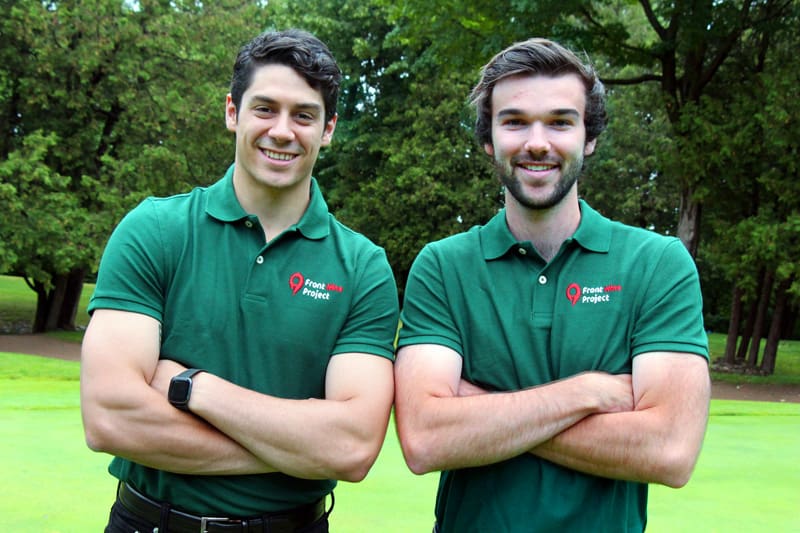 Brown, who graduated from Sir Robert Borden High School, was a member of the Ottawa 67’s for his three seasons in the OHL. Reynolds played his four seasons away from home. He was 16 when he joined the team from Owen Sound, a six-and-a-half-hour drive from Ottawa, followed by his time with the Flint Firebirds in Michigan.

“You grow up quick,” said Reynolds, who learned the importance of discipline, respect and hard work.

“Anybody who looks at an athlete and says they have an easy life is not seeing the years of blood, sweat and tears that they put into pursuing their dream.”

“We’ve just shifted our focus from trying to make the NHL toward being the best possible professionals that we can be, community leaders that we can be.”

“We’ve just shifted our focus from trying to make the NHL toward being the best possible professionals that we can be, community leaders that we can be. It’s just like a rechanneling of that internal drive.”

Not only are Brown and Reynolds talented athletes, but they’re high-level students. Brown just finished his first year at York University’s Osgoode Hall Law School after completing his undergrad at Queen’s University, while Reynolds has one more year at Carleton University before he applies to law school. He’s interested in attending McGill.

The young men said the OHL’s education packages to financially assist with their undergraduate degrees took some of the financial burden off their respective parents, who’d already made sacrifices to support their hockey careers. 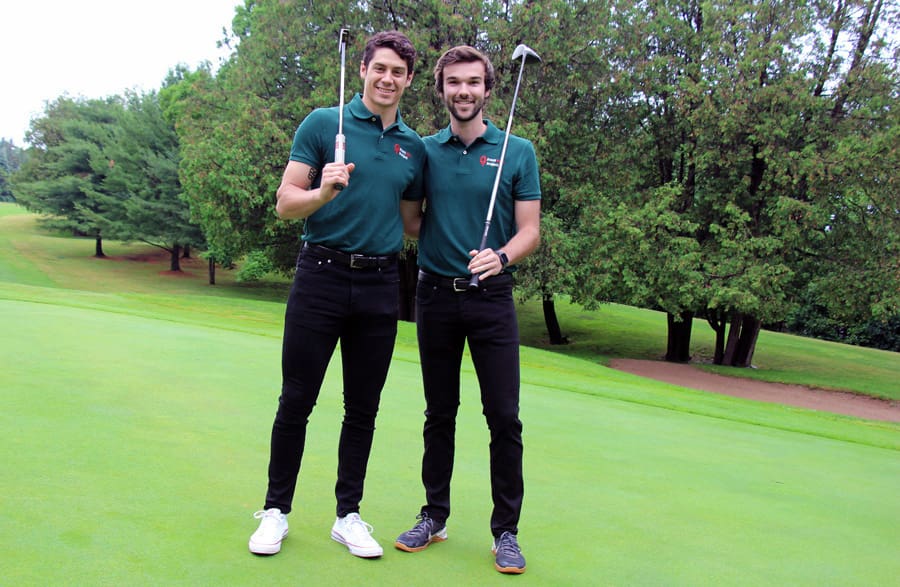 Reynolds is the visionary behind the Front Nine Project. The idea came to him late one night less than three months ago. He wrote down all his thoughts on cue cards and posted them up on his wall as part of his brainstorming session. He reached out the next morning to Brown via Facetime for feedback on his plan.

“How does this sound?” Reynolds asked him.

“It sounds good to me,” replied Brown.

Along with the Front Nine Project, Brown is also working at OSEG as a legal intern this summer and doing part-time groundskeeping at Cedarhill Golf & Country Club. During the school year, he plays varsity hockey. Procrastination is simply not part of his personality.

“I have to get done what needs to be done, and there’s no other way around it,” said Brown. “That’s been my life since I was 10 years old playing competitive hockey. It forces you to be a certain type of way. No ifs, ands or buts; just get it done.”

The pair faced some hurdles while developing the Front Nine Project, but none that couldn’t be overcome. They also received helpful advice and support along the way.

“It’s been really cool to see how the idea has morphed and evolved into what it is now,” said Brown, who’s been handling logistics and reaching out to his contacts at OSEG, including executive chairman and managing partner Roger Greenberg.

OSEG Foundation executive director Janice Barresi said the Front Nine Project will not only help kids return to playing sports after 16 months of pandemic restrictions but will also introduce them to the life-changing benefits of sport, such as improved mental health, social connections, confidence and self-esteem.

“Will and Keenan are great role models, and we are grateful they are continuing to give back to the community even after their OHL careers have ended,” said Barresi.