With nearly $1 billion in funding at stake, the country’s economic development minister travelled Wednesday to one of Ottawa’s top tech firms to unveil details about how businesses can access the centrepiece of the Liberal government’s so-called innovation agenda.

Navdeep Bains, minister of science, innovation and economic development, pulled into the BlackBerry QNX garage in Kanata to give a few details about the federal government’s supercluster funding program and announce that applications were now open.

The program, first announced in the 2017 federal budget, will provide up to five “superclusters” with $950 million in funding over the next five years. The clusters will take the form of non-profits: a consortium of large and small companies, as well as academic institutions, led by a large multinational, such as BlackBerry.

BlackBerry, which is moving aggressively into the much-hyped world of autonomous vehicles, declined to comment on whether it would apply to lead a supercluster consortium.

The former smartphone maker is already working closely with other companies – namely automaker Ford – to develop its technology and announced plans in December to establish a $100-million autonomous vehicle “innovation centre.”

Minister Bains admits that the exact definition of what superclusters are has been unclear since first announced in the budget.

“My daughter asked me this morning before I left, ‘What’s a supercluster?’” he told reporters after the announcement, before answering his own question. “It’s a jobs magnet.” 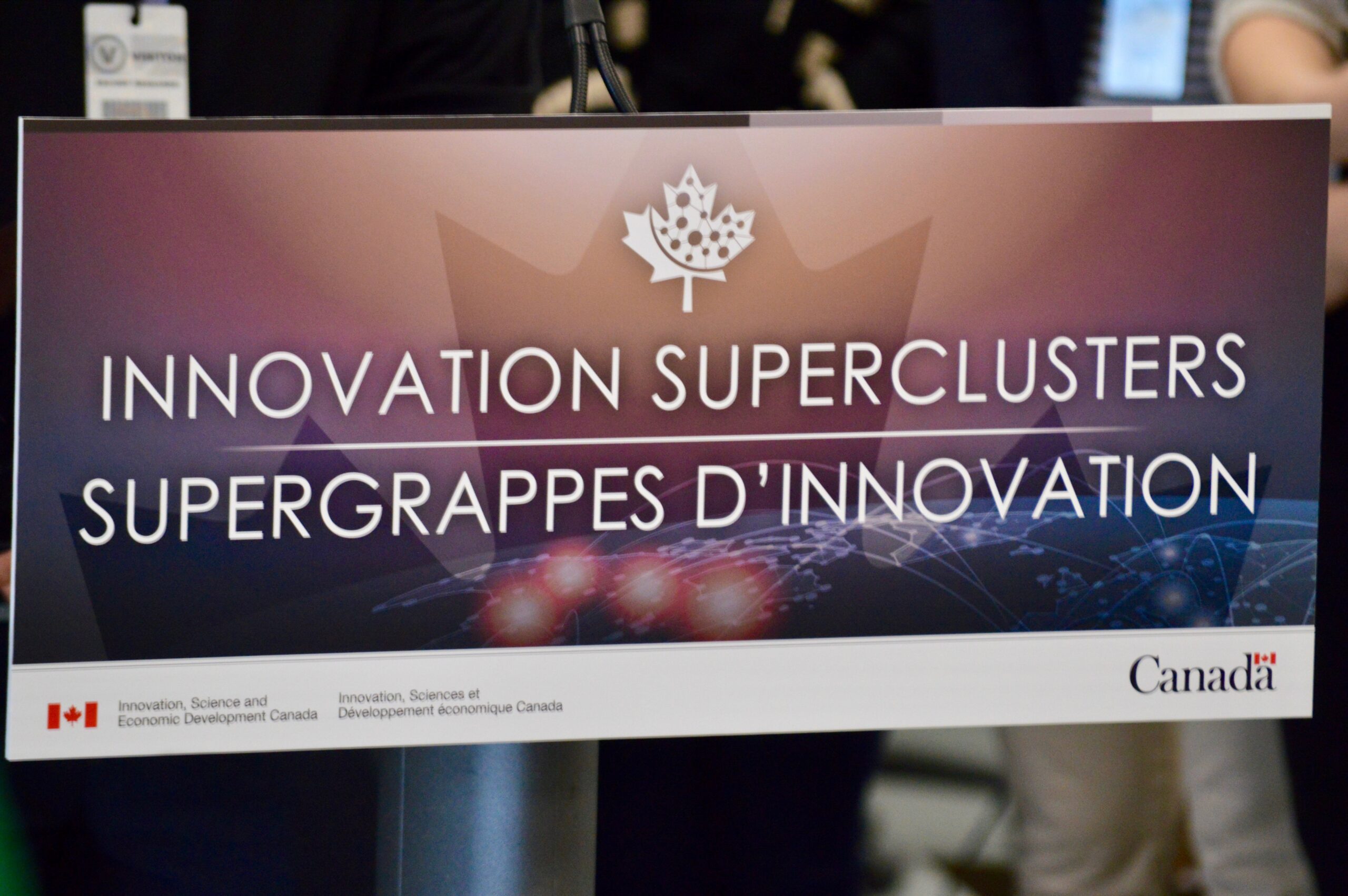 “We want to move the yardstick in the right direction. We’ve been heading in the wrong direction for many years, and we want to change that,” he said. “Government can’t prescribe innovation. This really has to be industry-led.”

On that note, the federal government will require matching funds from the superclusters’ private-sector partners. Up to 25 per cent of matched funds can be comprised of in-kind services. Additional funds can be sought from community organizations, such as a BIA, as well as provincial or municipal governments.

Funding is earmarked for certain uses: Eligible uses of supercluster funding include salaries and equipment provisions; land and building purchases are among the ineligible costs.

The government has posted a variety of criteria on its website, and officially announced the call for letters of intent, due July 21. Successful letters, judged by a government selection committee, will be invited to submit a full application.

These letters should indicate how a consortium’s activities further the feds’ vision of a globally competitive Canada with an organizational structure to accompany the newly-formed non-profit.

Provisions for environmental impacts, as well as encouraging gender balance in Canada’s tech field, will also be given priority.

At minimum, the first round of applications must include a post-secondary institution, two large firms, a medium-sized firm and a small company. The full application must include at least six additional SMEs, for a total of 11 firms.

Minister Bains said he anticipated funding decisions to be made by the end of the fiscal year.

Letter of intent from a consortium that includes, at :

Full application from a consortium that includes, at :