Ottawa’s autonomous vehicle test track will soon be home to state-of-the-art electric vehicle charging technology, the latest in 3D printing equipment and drones that can set up 5G networks thanks to millions of dollars in new federal government funding.

The feds said Tuesday they are chipping in $7 million for new technology at the test track through the Federal Economic Development Agency for Southern Ontario. In addition, private-sector partners such as Accenture, BlackBerry QNX, Ericsson, Microsoft and Nokia as well as the City of Ottawa will contribute up to $10 million in equipment and services at the 16-kilometre gated facility on Woodroffe Avenue.

Formerly known as the Ottawa L5 track because it’s designed to test vehicles with full “level 5” autonomy, the site has been rebranded Area X.O. Invest Ottawa, which manages the facility, said the investment of cash and material will create as many as 200 new jobs and make the nation’s capital a world leader in the development of self-driving vehicle technology.

“There is so much potential here to put Ottawa … on the global map,” the agency’s president and CEO, Michael Tremblay, said on Tuesday.

Since it opened in the spring of 2019, the 1,866-acre facility on the former site of the Ottawa Biotechnology Incubation Centre has been used as a proving ground for the latest in autonomous vehicle technology. 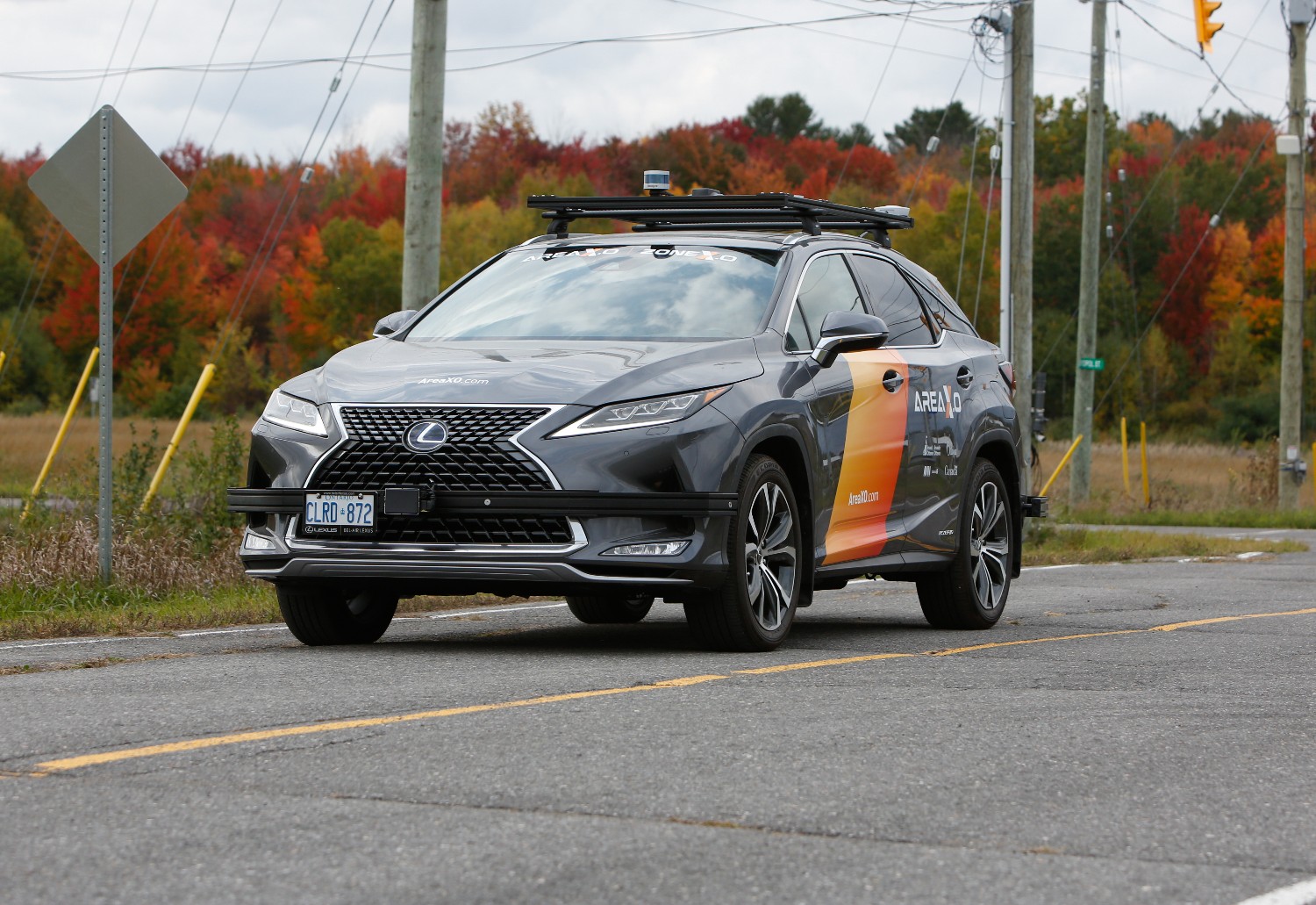 Industry partners say Ottawa’s bone-chilling winters and hot, humid summers will provide the ideal laboratory for the software, sensors and other technology needed to make sure driverless cars get safely to their destinations in all types of weather.

The test track features real streets, intersections and buildings equipped with high-tech sensors and infrastructure such as “smart” construction cones that can detect cyclists and pedestrians.  Among the additional features being installed are an authentic railway crossing and mobile dummy test targets to simulate real-world interactions between driverless cars, pedestrians and cyclists.

Besides BlackBerry QNX, Ericsson and Nokia, other partners in the project include the National Capital Commission, which owns the property, as well as tech firms IBM and Juniper Networks. The city’s four main post-secondary institutions – Carleton University, the University of Ottawa, Algonquin College and La Cité collegiale – will also contribute to the initiative.

Several Ottawa-based SMEs are already piloting technology at the track, including high-tech sensor makers SmartCone and SMATS Traffic Solutions. Tremblay said Tuesday the new funding could pave the way for dozens of other local startups to put their products through the paces at Area X.O, giving them valuable exposure to the world’s biggest tech firms as well as the ideal place to demonstrate that their solutions actually work.

Invest Ottawa also announced it was setting aside 100 acres of gated farmland to test the latest in precision-agriculture technology. The Ottawa Smart Farm will showcase equipment such as self-driving farm machinery as well as cutting-edge technology to help reduce greenhouse gas emissions and boost crop yields.

“We have established a bold vision: to help Ottawa become a global leader in smart farming technology, innovation and advanced agriculture economic development,” Tremblay said in a statement.