One day, when Geneviève Dumas reflects on her life full of pinch-me moments, she’ll have the memory of that autumn afternoon from a few weeks ago, when she was driving to the Fairmont Château Laurier for an important meeting.

As she neared the downtown hotel and caught sight of its fairytale turrets and steep copper roof, she was hit with a tidal wave of excitement. This historic building, she realized, was where she’d be going to work every day. She was its new general manager.

“I had goosebumps,” she said during a phone interview. “I thought, ‘I cannot believe I’m actually the GM of that property’. To me, it’s the most beautiful, iconic hotel in Canada.

“I knew it’s where I wanted to be. Ottawa is such a great city. It’s a big city, but it’s still got that charm.”

On Monday, AccorHotels announced the appointment of Dumas as new GM of the Fairmont Château Laurier.

She’s making hotel history by becoming the first female general manager of the 109-year-old landmark. “I’m really proud of that, and I hope I’m paving the way for other females who are hoping to get there.” 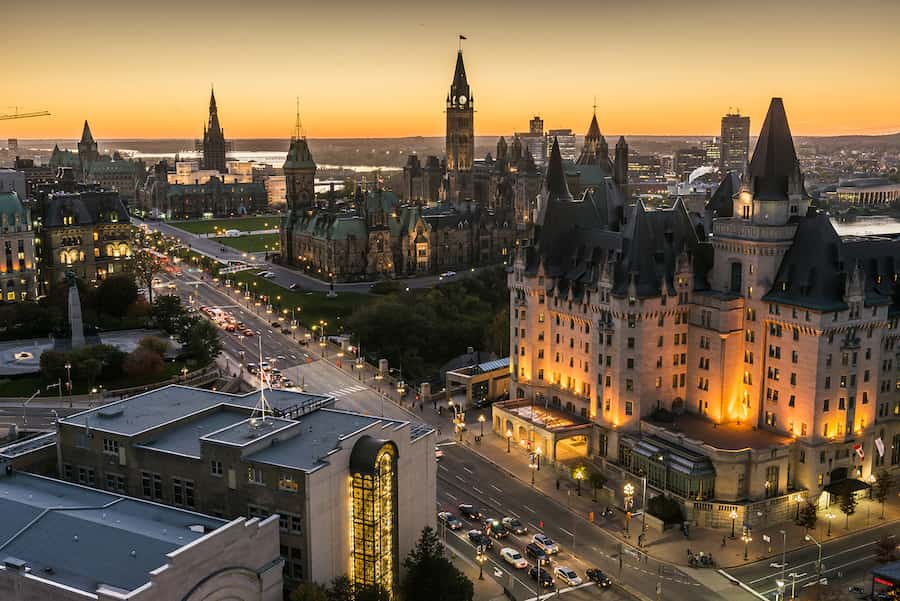 Dumas, 50, has been working in the hotel industry for more than 25 years. She brings to her new job a decade of experience running Fairmont’s Le Château Montebello in West Quebec, located between Ottawa and Montreal. Under her leadership, the rustic-style hotel and resort complex recently embarked on a $17.5-million, year-long renovation of half of its guest rooms ahead of its 90th birthday.

“It’s gorgeous,” she said of the world’s largest log cabin, which was built with more than 10,000 red cedar logs for its grand opening in 1930.

Born and raised in Laval, Dumas studied hotel and restaurant management in Montreal before landing at the Fairmont Tremblant at age 25. She realized almost instantly that she wanted to become a hotel general manager. She found out what skills and qualifications she’d first need and got to work achieving them.

“I knew I could be the kind of leader who motivated people to do their best.”

She quickly learned the ins and outs of managing a hotel by running the different departments, including food and beverage, housekeeping and sales.

“I did it all,” said the hands-on boss, who has stripped and remade more beds than she can count over the course of her career. “Whenever I can, I help. Two weeks ago, I was doing valet parking.”

Dumas has held progressive leadership roles at the Fairmont Tremblant, Fairmont Empress, Hilton Homewood Suites and Marriott Residence Inn. Her career has also taken her across the globe, to the Middle East, Europe and Asia.

In 2020, Dumas was chosen as Exceptional Woman of the Year by the Gatineau Chamber of Commerce. She was recognized in 2021 by her Quebec-based peers as one of the most influential people in her industry. Currently, she’s chair of the Outaouais Tourism board.

Dumas said she hopes to build on the progress the hotel has been making in recent years to offer visitors a destination that’s fun and exciting. Its outdoor patio restaurant La Terrace, for example, has become a perfect go-to option, she said.

“I want people to come to the hotel and say, ‘Wow, this is great’. I want them to have the same feeling that I do when I walk into the building.”

Her official first day of work is this Monday. It will coincide with the launch event for the hotel’s annual Trees of Hope for CHEO. Employees from local businesses and organizations are coming together that afternoon to decorate 33 trees, which will remain on display in the hotel’s public spaces throughout the holiday season as part of a fundraiser for the regional children’s hospital. The display will include a 20-foot artificial Christmas tree, sponsored by Terlin Construction, in the main lobby.

Dumas said she’s stepping into the new job just as her industry is showing signs of recovery from the COVID-19 crisis. “Business is picking up. We can finally see the light at the end of the tunnel. We are bringing everyone back into their jobs and moving forward. It’s exciting.”

The Château Laurier role brings Dumas closer to her daughters, both of whom are students at the University of Ottawa. Marie-Pier Millette, 24, is in medicine while Makaelle Millette, 20, is studying law. Dumas will return on weekends to the family home in Montebello, where her husband runs a business.

It’s been a tradition in her family to go skating together on the Rideau Canal. With the canal located just steps from the hotel, Dumas said she’s looking forward to getting on the ice this winter.

One thing that may change now that she’s living in Ottawa is her allegiance to the Montreal Canadiens. “I may have to start cheering on the Ottawa Senators.”