The Infinity Convention Centre was filled with a collective sense of excitement and hope on Friday as 250 guests got as close as they could to partying like it was 2019.

Even the conga dance line that broke out in the ballroom later that evening felt fresh and new.

Everyone had to show proof of their COVID-19 vaccination in order to gain entry into the special events venue, located near the Ottawa airport. Staff remained masked throughout the night while guests were allowed to remove their facial coverings in order to eat and drink. The special occasion: a grand reopening party.

The popular venue, which first closed in March 2020 due to the COVID-19 pandemic, opened back up for events late this summer.

ICC is owned by the Aggarwal and Sohal families, both of whom were present to welcome guests that included Anshuman Gaur, India’s deputy high commissioner, Ontario Tourism Minister Lisa MacLeod and Ottawa Mayor Jim Watson. Also spotted in the crowd were prominent developers Kris Singhal of Richcraft Group of Companies, Bill Malhotra of Claridge Homes, Barbara Farber of Leikin Group and representatives from charitable organizations that have held their fundraising galas at Infinity Convention Centre.

The dress code was black tie, which meant guests were sent digging into their closets to retrieve and dust off their fancy garb. Cleland Jardine Engineering founding partner Bob Jardine changed faster than Clark Kent in a phone booth from his golf clothes into his formal wear. “It is a lot easier for guys,” recognized Jardine while Ottawa lawyer Warren Creates acknowledged his tux was feeling a little snug. “The stuff doesn’t fit like it once did,” he told OBJ.social.

Seema Aurora viewed the gala as a way of nudging people to get back out there. “We’re social animals; we need that face-to-face interaction,” said the president and CEO of HR Tag, shortly after her arrival.

The one thing we know about pandemics is that they end, Dr. Nalin Bhargava told OBJ.social. “They all end. This one has taken a huge toll on the physical, mental and economic health of the people of Ottawa. The citizens of Ottawa need to get back to being the citizens of Ottawa.

“All the things we did pre-pandemic become even more important now,” the Ottawa dentist and recognized community builder continued. “We need to get back to the social outings, sporting events, recreational activities, special events, cultural activities and galas that we did before. That’s why evenings like this are so important. It’s the first of many more steps to come as, together, we all bring Ottawa back to life and back to health.” 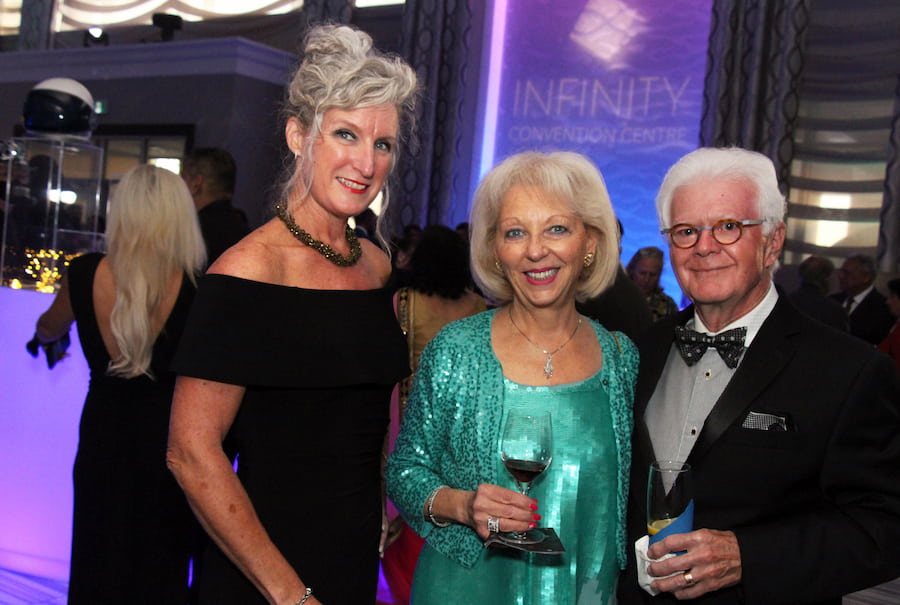 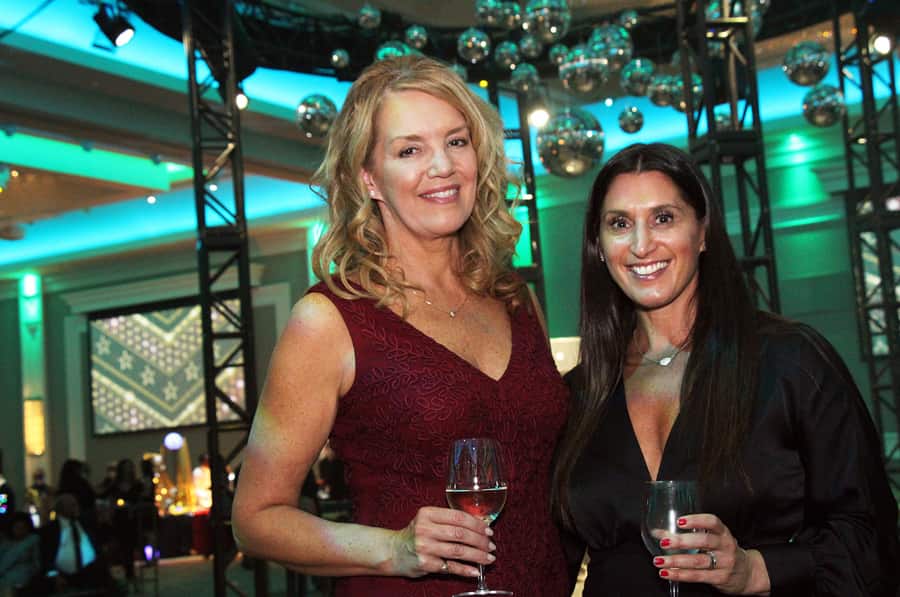 Food was served throughout the evening. Guests could also visit the seafood bar, meat carving station, artisanal cheese and dessert tables, all of which were supervised by staff. As for drinks, it was open bar.

Dancers performed from the second-floor balcony during the cocktail reception held in the lobby. Much to everyone’s surprise, they also released glitter, which came tumbling down like confetti.

The evening’s galactic theme was a collaboration between Sharon Bosley House (Avant-Garde Designs) and Carole Saad (Chic + Swell Event Designers and LouLou Lounge). The pair of powerhouses with pizzazz has grown closer than ever during the pandemic. They’ve been offering support to each other through the tough times in their industry. 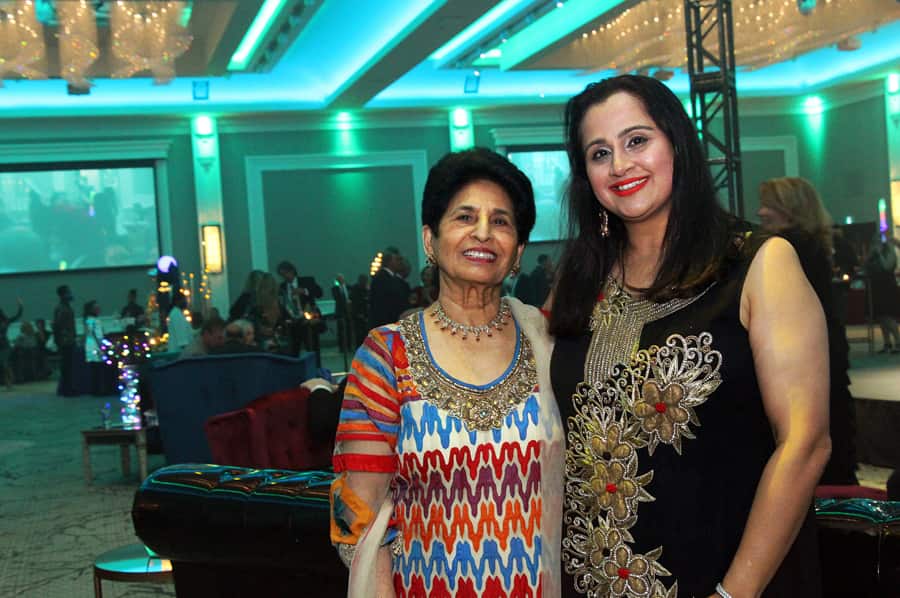 The crowd was kept entertained throughout the night by DJ and crowd motivator George Thomas.  Speaking of motivators, MacLeod fired up the audience when she took to the stage, repeatedly asking “Who’s excited to see other people?” and having the enthusiastic response grow louder each time. She gave a special shout out to Anand Aggarwal and his team and praised Infinity Convention Centre for being “a gathering place for this city”.

It’s actually been five years this month since the venue opened, which gave the owners another reason to throw a big party.

The Ontario government recently announced it will invest $100 million in the province’s tourism sector, through the new Tourism Recovery Program, to help convention and conference centres, along with a long list of other businesses, recover from the impacts of COVID-19.

It will take time until the ICC is back to the same capacity it once enjoyed, MacLeod said while standing beneath a cluster of hanging disco balls that resembled sparkling planets. In 2019, the venue hosted more than 600 events.

“It’s really important that we continue to support our hospitality sector,” said the minister. “They were the first hit, they were the hardest hit, and they will take the longest to recover.”

MacLeod, who represents the riding of Nepean, also gave a special mention to all the health care professionals and leaders working to keep residents safe.

As well, the crowd heard from Aggarwal, a 2019 Order of Ottawa recipient and former winner of an Ottawa Immigrant Entrepreneur Award, and Anu Sohal, on behalf of the management team. “Honestly, it’s amazing to see everybody in this place,” Sohal told the room. “These are just four walls without the people and energy.”

Sohal also spoke of the “small, safe strides” that ICC is making to showcase the normal times ahead, with continued adherence to COVID guidelines. 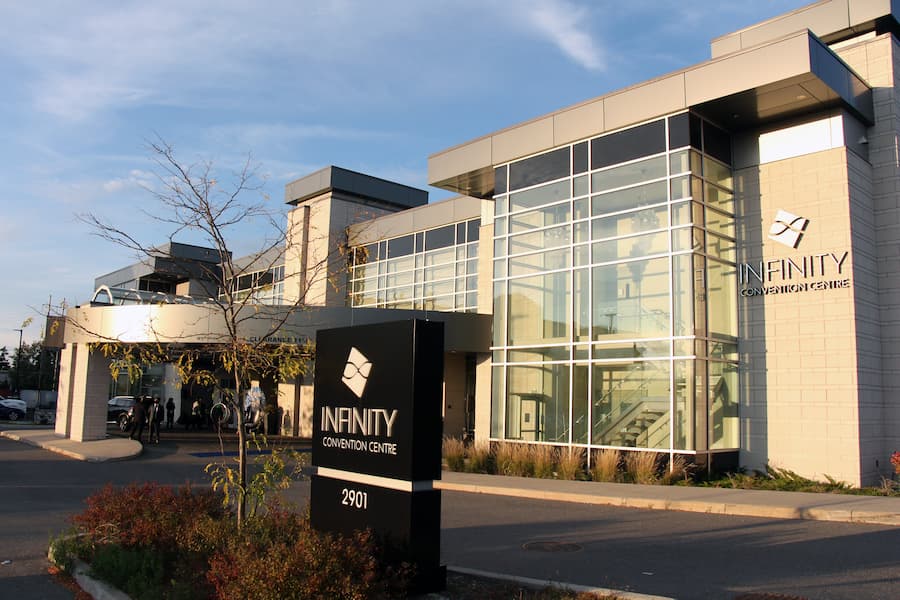