It was a drum roll kind of moment as organizers prepared to flip the giant cheque around, revealing how much money was raised during the Mike McCann Memorial Charity Golf Tournament held Wednesday in Ottawa.

The room erupted in cheers and applause as everyone realized that the total was more than $1-million, making the golf tournament the most successful of its kind, especially when one considers there were no matching donations involved.

It was truly the perfect end to a perfect day in a perfect setting.

Hiring a photographer to capture your event’s most notable moments shouldn’t be an afterthought. You need an expert like Sarah Bradley of iShootEvents.

A sold-out crowd of 288 golfers – all of whom had to show proof of COVID-19 vaccination – spent an idyllic afternoon Wednesday at The Meadows Golf and Country Club, surrounded by gorgeous autumn colours and blessed with sunshine and temperatures that reached 21C.

The event was presented and organized by Ottawa-based CLV Group and InterRent REIT, which together employ roughly 500 people. CLV Group specializes in property management while InterRent REIT is a publicly traded real estate investment firm with a portfolio of more than 12,000 apartments in Ottawa, southern Ontario, Montreal and now Vancouver, having expanded into that market earlier this year.

Come cocktail hour, there were drinks and gourmet food trucks awaiting participants, and scenic spots to gather outdoors and beneath heated party tents set up outside the clubhouse. The event also featured a live band.

Later, CLV Group and InterRent REIT CEO Mike McGahan took to the mic to thank the many sponsors and supporters, as well as his dedicated team of employees who miraculously organized everything in less than a month. He began his brief remarks by acknowledging his close friend, Mike McCann, after whom the charity golf tournament is named.

McCann, who owned marketing firm Velocity Media, passed away in February 2019 from cancer at the age of 63. For 20 years, he was the powerhouse behind CLV Group’s charity golf tournament, which raised more than $3.2 million by the time it wrapped up in 2017.

“His Irish eyes were smiling on us today,” said McGahan of “one of the most amazing guys”.

McCann was also tight with CLV Group president Oz Drewniak, who was part of the organizing team. 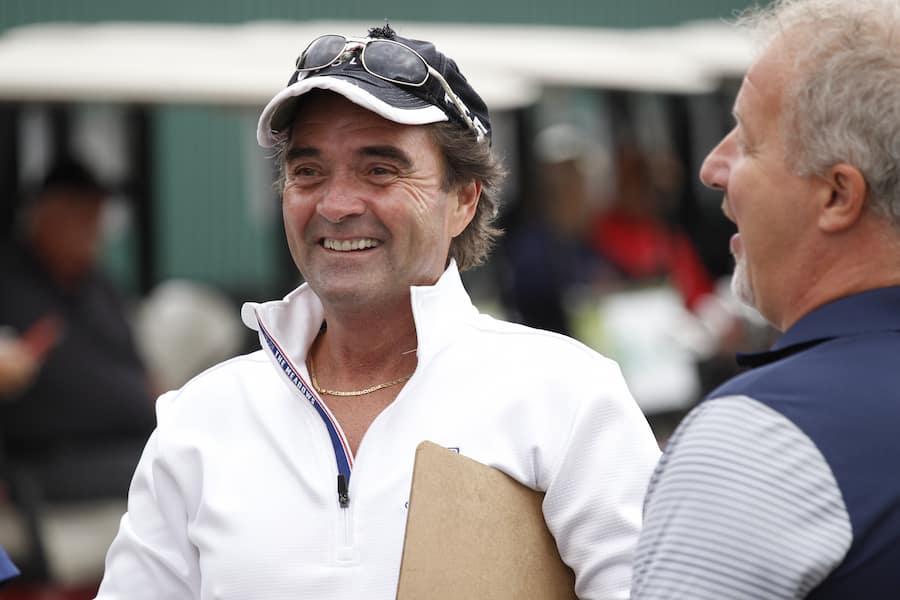 The golf tournament was revived in 2019 in McCann’s memory, raising an astonishing three-quarters of a million dollars for charities. The event took a pandemic hiatus in 2020 but was back this year in full swing.

While organizers previously indicated they were hoping to match their 2019 total, Wednesday’s golf benefit raised a net total of $1,047,925. The proceeds will benefit such local charities as BGC Ottawa, The Ottawa Hospital Foundation, Youth Services Bureau, Christie Lake Kids, The Ottawa Food Bank, Habitat for Humanity Greater Ottawa and the Snowsuit Fund.

McGahan, who was awarded the Outstanding Individual Philanthropist Award in 2018 by the Ottawa chapter of the Association of Fundraising Professionals, marvelled at what a beautiful day it turned out to be – and he wasn’t just talking about the weather. “It was beautiful to see so many people smiling. Isn’t it nice after a year and a half to actually get out and interact with people?”

The event featured prizes, a silent auction and a live auction that took fundraising to a whole other level, with gavel-swinging, crowd-rousing auctioneer Ryan Watson from Raising the Bid.

Home Depot donated a $5,000 gift card that ended up raising $10,200 after selling twice to the two highest bidders, at $5,100 a piece. A dinner for 10 to Riviera restaurant sold for $5,000 to Gary Zed, founder and CEO of his newly launched Canada’s Forest Trust reforestation venture.

He also donated a two-day fly fishing experience at his privately owned Sutter Salmon Club on the Miramichi in New Brunswick. Zed bumped up the guest limit from four to eight during the auction. The bidding war between McGahan and Curt Millar, CFO of InterRent REIT, resolved itself when they each bought the package, at $10,000 apiece.

McCann’s wife, Gloria McCann, who was in attendance with daughters Ashley Lyon and Jordanna McCann (daughter Alexandra unfortunately couldn’t make it), donated a dinner for eight at her family’s venerable Al’s Steakhouse restaurant on Elgin Street. It went for $5,000.

Guest speaker Kian Nejad brought home why everyone was together that day: to help worthy charities better serve their communities.

He’s been part of the BGC Ottawa family for nearly 20 years. His involvement started soon after he moved from Iran to Canada with his brother and mom, settling in the Bayshore area. He spoke only broken English at the time. He spent a got chunk of his childhood at the Ron Kolbus Clubhouse, playing sports, making friends and developing leadership skills.

The place was like his second home. In fact, he used to pride himself on going four years without missing a day. If ever he was sick, he would beg his mom to let him visit – or at least step his foot in the door – just so that he could say he was there, and not break his streak.

He spoke about the key role the clubhouse played in his life when his mom was undergoing treatment for breast cancer. “One thing was for sure, no matter what her day was like she knew I got to be a kid that day, and that’s all that mattered to her.”

Nejad also talked about the opportunities afforded to him, such as field trips and sporting events, and the presence of role models in his life. He gave a special shout-out to Ron Kolbus Clubhouse manager Tim Boisvert for being a father figure to him.

As for his mother, she survived her cancer, raised her two boys alone, learned English, got educated and was hired for a teaching job at Algonquin College, the audience heard. Nejad praised his mother for her inner strength and called her his personal MVP. “She’s still giving me a hard time for growing out my hair and my beard,” he also joked. 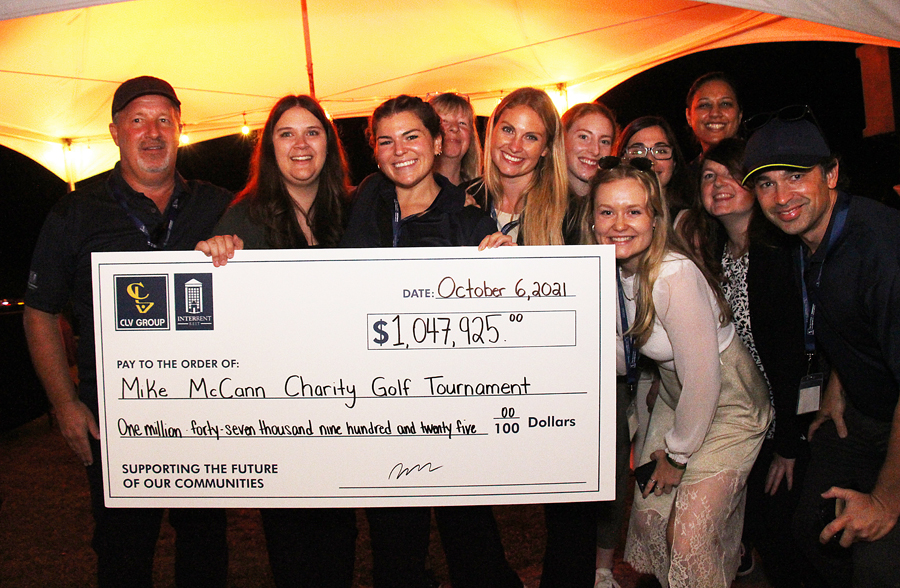