Uber could soon be legal in Ottawa.

City staff is recommending sweeping changes to the city’s taxi bylaw, which would create a new “private transportation company” licensing category to account for innovative ride-hailing apps like Uber’s.

These private transportation companies would only be allowed to accept rides through an app and accept electronic fares. While the city would impose basic customer protection regulations, the system comes with a “buyer beware warning,” said Coun. Diane Deans, who chairs the committee responsible for the review. 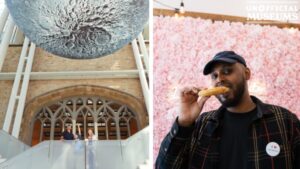 If you’re over having cabin fever, this summer in Ottawa you can do a lot more than just get out of the house. With what Ottawa Tourism has in store,

If council approves the plan, all taxi, limo and ride-sharing drivers would be subject to police- and driving-record checks, and would have to carry $5 million in liability insurance.

They would also all be required to drive vehicles no more than 10 years old, and would need vehicle inspections annually – twice a year once the car is five years old.

Uber would essentially be treated as a taxi broker, and charged licensing fees depending on its fleet size. If it had more than 100 cars, for example, it would pay about $7,000 a year, staff said. That’s the same rate as traditional taxi companies.

Taxi drivers, for their part, will be largely deregulated, staff said, to encourage competition. Licensing fees for accessible cab drivers will be eliminated, and standard cab licensing fees will drop from $170 to $96.

They will be allowed to offer variable pricing when rides are arranged through an app, and will get exclusive access to taxi stands and curbside hails.

The recommendations will be debated at the community and protective services committee next week.

This article originally appeared on metronews.ca on March 31.