There can be only one 2021 Sandwich Sovereign of Ottawa. And yet, it really did feel like all six participating chefs were winners when the entire audience rose unexpectedly from their seats to give them a long and appreciative standing ovation at Breaking Bread, Breaking Stigma.

The local chefs were part of a gourmet sandwich competition featured in the major fundraiser for the Hopewell Eating Disorders Support Centre. The benefit was held Tuesday at allsaints event space, a former church in Sandy Hill that’s been repurposed as an urban gathering spot and restaurant.

“This is really what saving this space was about: an opportunity to bring people together around a common cause and just continue to create that sense of community,” said allsaints president Leanne Moussa as she told the crowd of 140 how honoured and thrilled they were to be presenting sponsor.

It made total sense, she pointed out, to hold an event called Breaking Bread at a former church.

There were video messages played from Dave Longbottom from sponsor Flora Hall Brewing and from 2021 CEO of the Year Kathryn Tremblay from sponsor excelHR/Altis Recruitment. Later, local music legend Lucky Ron performed for the crowd.

The evening was emceed by Sam Laprade, radio host of the Sam Laprade Show and An Hour to Give with Sam Laprade on CityNews 101.1 FM. The hybrid event also offered a virtual viewing option.

Joe Thottungal, executive chef and owner of Thali and Coconut Lagoon, was the evening’s honorary patron. He’s won many awards in his career for his culinary skills and philanthropy, but Thottungal was lauded that night for being the first Sandwich Sovereign of Ottawa back in 2017.

Thottungal prepared appetizers and also helped to judge the sandwich competition with beloved cookbook author Margaret Dickenson and Barb Parkes, who won her guest role during a flash live auction. 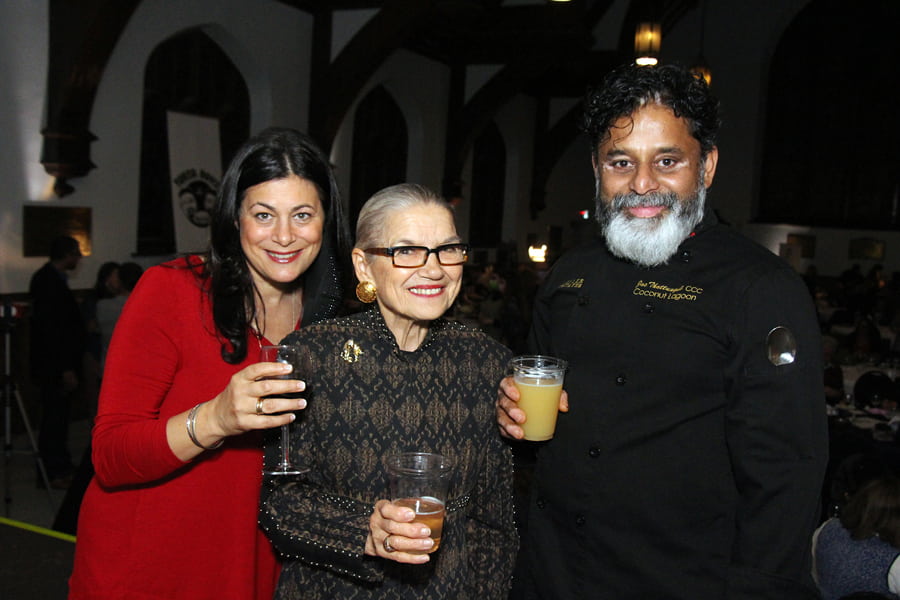 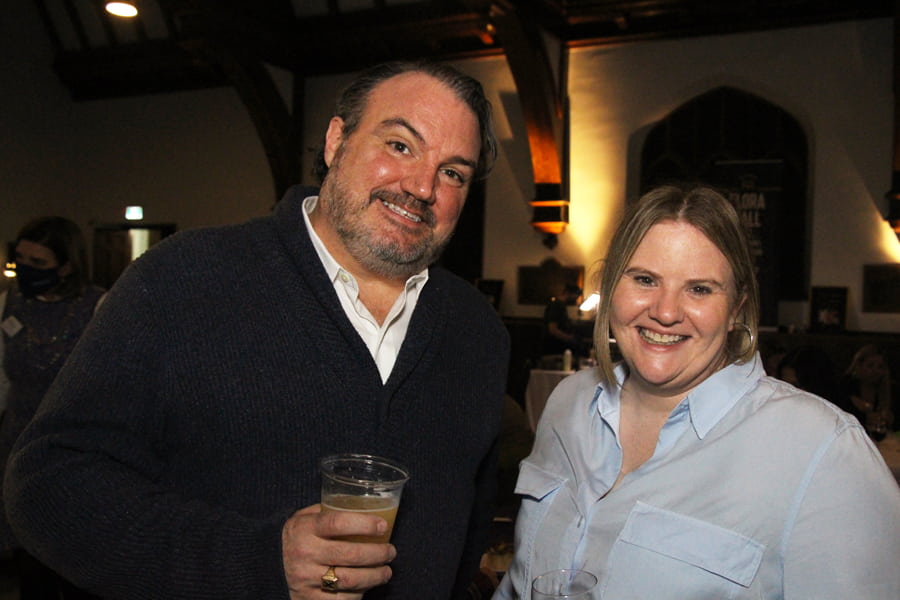 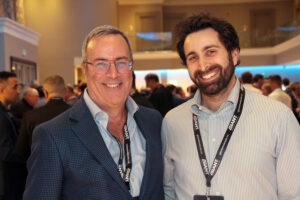 This year’s title of Sandwich Sovereign went to Chef T, a private BBQ master who’s skilled at infusing smoke with bold African, Caribbean and North American barbecue flavours. He was feeling “a little emotional” as he got up on stage to accept his trophy and to thank everyone.

Winning the People’s Choice Award was Luis Guerra of Torta Boyz, which operated from a food truck on Preston Street this past summer. Guerra told the crowd he doesn’t have a location at the moment but will “very soon.”

Chefs also included Jef Charlebois of Working Title Kitchen at allspace, Tim O’Connor from Flora Hall Brewing, Jamie Stunt from Arlo restaurant at 340 Somerset St. W., and Adam Vettorel of North & Navy at 226 Nepean St. and of Cantina Gia in the Glebe. He was one of this year’s Algonquin College Alumni of Distinction award winners.

Earlier in the night, the chefs took to the stage to tell guests about their gourmet creations and to present their sammies to the judges. Next, they opened their food stations to the hungry attendees, who were asked to keep their masks on unless eating or drinking in keeping with COVID-19 restrictions.

Arlo restaurant donated a private dinner for six that was auctioned off for $1,700. A dinner for six on the terrace of Westboro condo building Azure, donated by John Thomas and the Savoy Brasserie, sold for $1,300.

Attendees heard how Hopewell, a front-line mental health organization, has been running virtual programs during the pandemic while at capacity and without government funding.

CHEO president and CEO Alex Munter spoke via video about the surge for demand in mental health services at the Children’s Hospital of Eastern Ontario during the pandemic. Its emergency department has seen a 50 per cent increase in children and youth with eating disorder symptoms. The number of acutely ill young people having to be admitted to hospital for medical and psychiatric treatment is up 60 per cent, he added.

CHEO is working to help its young patients get back on the path to lifelong health, said Munter.

“But we can’t do that alone. We need to do that as a community, and organizations like Hopewell are crucial in providing prevention, early intervention, community support to catch young people early, to support them, to support their families and to prevent that kind of escalation that leads to them having to come to the hospital.”

The room heard from Jones how Breaking Bread, Breaking Stigma has grown considerably since its first year in 2017, when about 40 attendees met in the Cereal Barn of the Agricultural Museum at the Central Experimental Farm. Jody Brian, the executive director at the time, had pitched the fundraiser as a way of helping Hopewell, which had been struggling financially.

“I’m a firm believer that Breaking Bread, Breaking Stigma really saved Hopewell,” said Jones. “In subsequent years, when more sponsors came on, the event grew to the event that it is today.

“It really saved this little charity. So, thank you to all of you. Thank you to our sponsors and our guests who have made this such a successful event over the years.”