Organizers have really raised the bar with a creative new soirée that promotes the equestrian sport of show jumping, while also bringing in roughly $50,000 for the Ottawa Regional Cancer Foundation.

Spurs & Sparkles, presented by Ottawa Special Events, roped in an impressive crowd of 370 attendees to the first-time charity event, held at Wesley Clover Parks on Monday night. Attendees basked in some summer sunshine, in an elegant but relaxed setting. They ate, drank, and socialized beneath a gorgeous marquee tent that has been set up as part of the two-week-long Ottawa Equestrian Tournaments, which continue to run Wednesday until Sunday.

The team at Wesley Clover Parks knew the tent was going to sit empty Monday, during a break in the show-jumping competitions. They decided to put the lovely space to good use by hosting a big fundraiser for the community — one that would be unlike anything Ottawa has seen before.

Brookstreet Hotel catered the food stations. Organizers recruited Zack, the top hat-wearing donkey, and his pony pal Lamb Chops to greet guests on the blue carpet. The tent’s front entrance is designed as a giant horseshoe.

Organizers chose the cancer foundation as a way of “honouring those loved ones that our team has lost to this horrible illness,” said Karen Sparks, a grand prix rider and director of Wesley Clover Parks. She co-chaired Spurs & Sparkles with Catherine McLaughlin, whose 15-year-old daughter Charlotte is an equestrian rider. She won silver and gold medals during the 2018 North American Youth Championships.

Charlotte and her father, Terlin Construction president Terry McLaughlin, made quite a team, along with CTV Ottawa sports director Terry Marcotte. They took top spot on the podium in the evening’s much-anticipated Get Up & Gallop competition.

The fun three-part race saw show-jumping riders and their horses partner up with corporate sponsors and celebrities to try and complete an obstacle course in the fastest time. The team effort involved show jumping, shooting a ball down the field with a hockey stick, and navigating a golf cart to the finish line. The course was designed by Wesley Clover Parks’ events manager, Tracy Howard. Spectators were encouraged to hedge their bets, Calcutta auction style, with all dollars going to the cause.

Ten-time Olympian Ian Millar participated, as did his daughter Amy Millar, son Jonathon Millar, and daughter-in-law Kelly Soleau-Millar. The family lost its matriarch, Lynn Millar, to cancer in 2008. The family also donated to the live auction a day of private riding lessons at their Millar Brooke Farm in Perth.

Prominent high-tech entrepreneur Terry Matthews, founder and chairman of Wesley Clover International, ended up being a spectator. Subbing for him on his team was his daughter, Karen Sparks, who’s also on the board of the Wesley Clover Foundation. She was such a good sport — chasing the ball down the course, with hockey stick in hand, while wearing a long gown.

Funny coincidence: Sparks’ nickname in the equestrian community is Sparkles.

She was joined by former Ottawa mayor Larry O’Brien and Ian Millar, who were so entertaining to watch as they came into the home stretch in their golf cart. O’Brien and Millar made exaggerated galloping motions with their body, just like true cowboys.

In second place in the Get Up & Gallop Competition was Team Telus, with Shannon Gorman behind the wheel, media personality Lianne Laing doing the stick handling, and junior superstar rider Sam Walker. They were followed by Team Mark Motors with rider Jonathon Millar, Ottawa Redblacks defensive lineman Nigel Romick and Mark Motors Group executive vice president Liza Mrak. It wasn’t surprising to see them make the podium; Mrak handled her golf cart like it was a 911 GT2 RS Porsche. 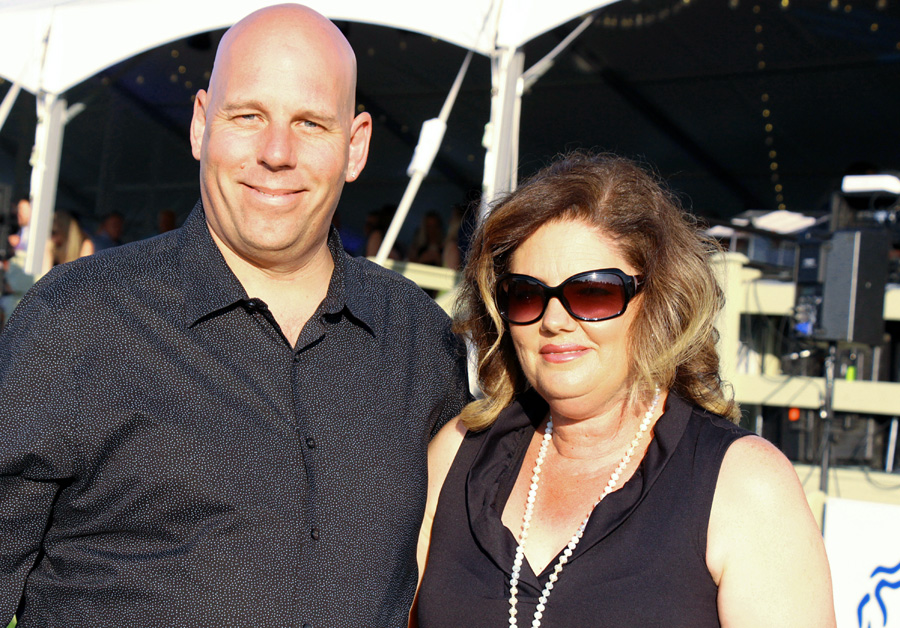 Kent Browne from Royal Lepage Team Realty led the live auction, clutching a mini gavel that served more as a pointer stick than anything.

The auction featured a day at The Marshes Golf Club and Brookstreet Hotel with Borowiecki; a polo lesson with Anne Marie LeBrun and Jeremy Monette of Field Day Farm, with a picnic supplied by Brookstreet; diamond hoop earrings from Howard Fine Jewellers and Custom Designers;  a champagne and charcuterie VIP experience for six for the Ottawa Equestrian Tournaments’ grand prix; and a 100-level box for the Celine Dion concert at the Canadian Tire Centre, donated by Wesley Clover Foundation. To sweeten the pot, Browne offered to pitch in some money to cover food and drinks at the concert.