Never has a group of chartered professional accountants been more excited to “touch base” than at Blachford Tax Law’s charity softball game held at the RA Centre on Thursday afternoon.

“It’s just nice to socialize and get out,” Jessica Grandy, a manager with Welch LLP, told OBJ.social after spending a couple of hours playing the great summer pastime with colleagues from more than a dozen accounting firms.

“We haven’t had the chance to be out with other people like this for a long time, so it’s a lot of fun,” said Gilles Roy, a tax partner with BDO Canada LLP.

It’s been 17 months since COVID-19 threw us all a real curveball, but, with the pandemic petering out and restrictions slowly relaxing due to widespread vaccinations, members of the business community are starting to attend in-person events again. 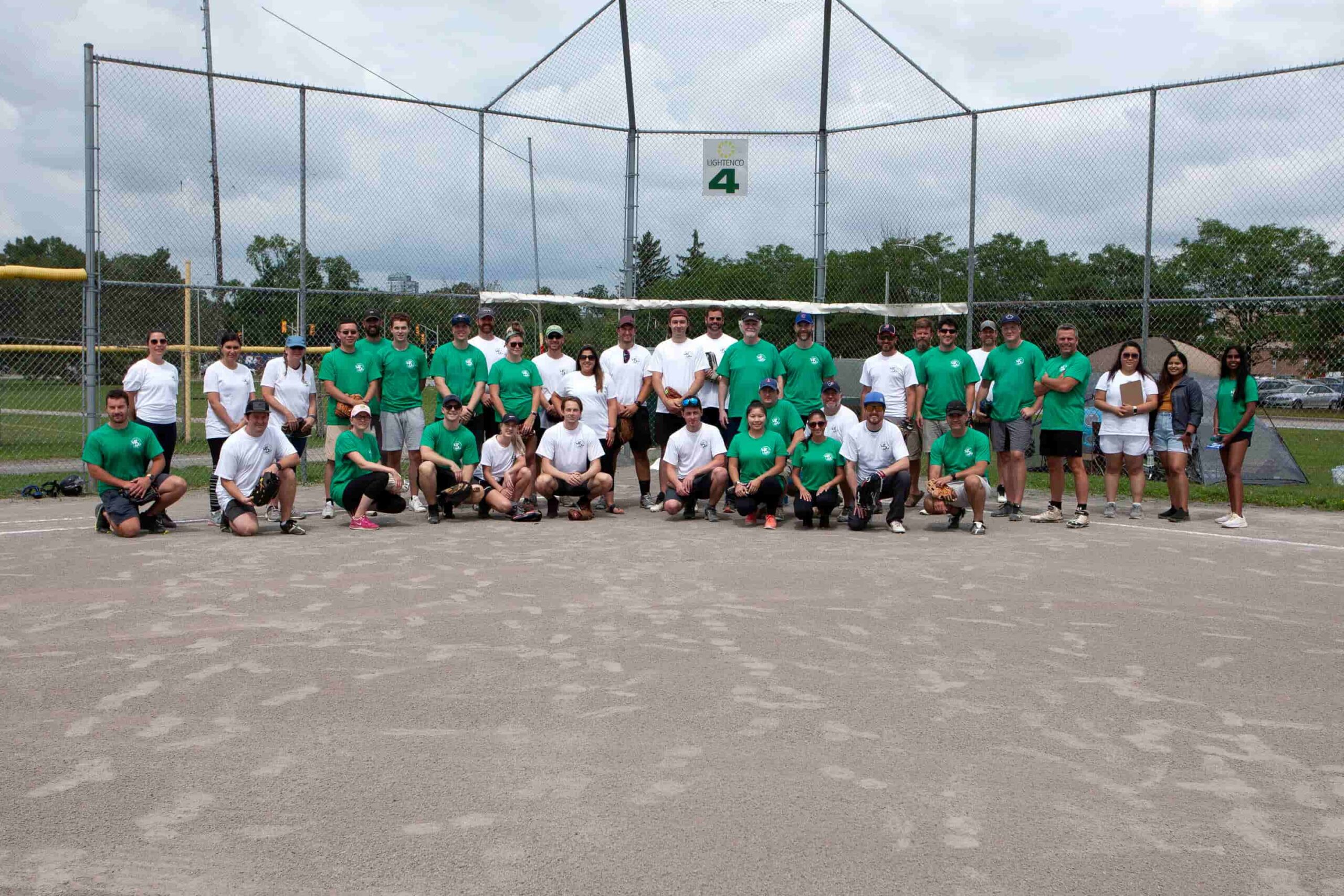 The charity game, now in its second year, was organized again by Dean Blachford, a senior tax lawyer who specializes in dispute resolution and litigation. He left Ottawa law firm HazloLaw this past spring in order to start his own firm, Blachford Tax Law, with the support of his law clerk, Ella Sui.

The charity event is a labour of love for Blachford, judging by the number of hours that he puts into planning it.

“It’s a chance to bring people together,” he explained. “Doing something out of the ordinary together and competing on a team helps people connect in new ways.”

Blachford carefully divided the 30 participants into two teams of equal ability based on a questionnaire that the players filled out before Thursday. Blachford also got each team captain to select a local charity they wanted to play for. 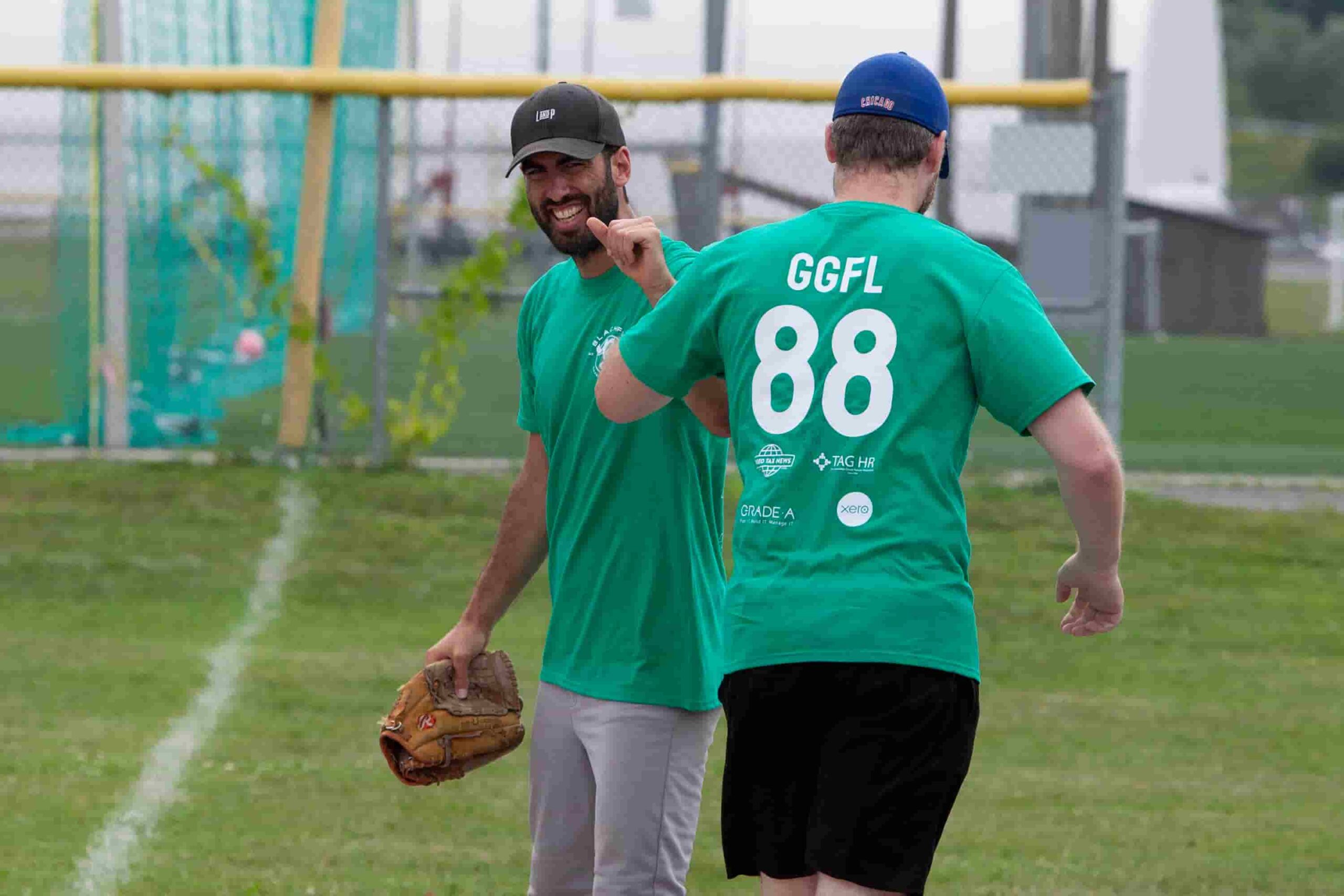 Animal lover Diana Cameron of Baker Tilly Canada LLP selected the Ottawa Humane Society on behalf of the green-shirt team. Her counterpart, Matthew Westphalen, a partner at Crowe BGK and captain of the white-shirt team, chose Open Doors for Lanark Children and Youth, which is a mental health services centre. From the organization were board chair and educator Andrew Pratt and executive director Kevin Clouthier.

Angus Dyer of Xero flew in from Toronto for the game. His colleague, LP Bougie, drove the Xero Mini Cooper in from Montreal.

Business leader Ted Carty was there representing Grade A, while Priya Bhaloo, a former Forty Under 40 recipient, made some brief remarks on behalf of TAG HR. One of her colleagues, Carl Johansen, was left with a skinned knee after his slide into third base.

“I didn’t even notice until I walked away,” he later said, shrugging off his minor injury.

The white team pulled ahead significantly in the second and third innings. While the green team made an impressive comeback in the seventh, it wasn’t enough. The final score was 15-13. 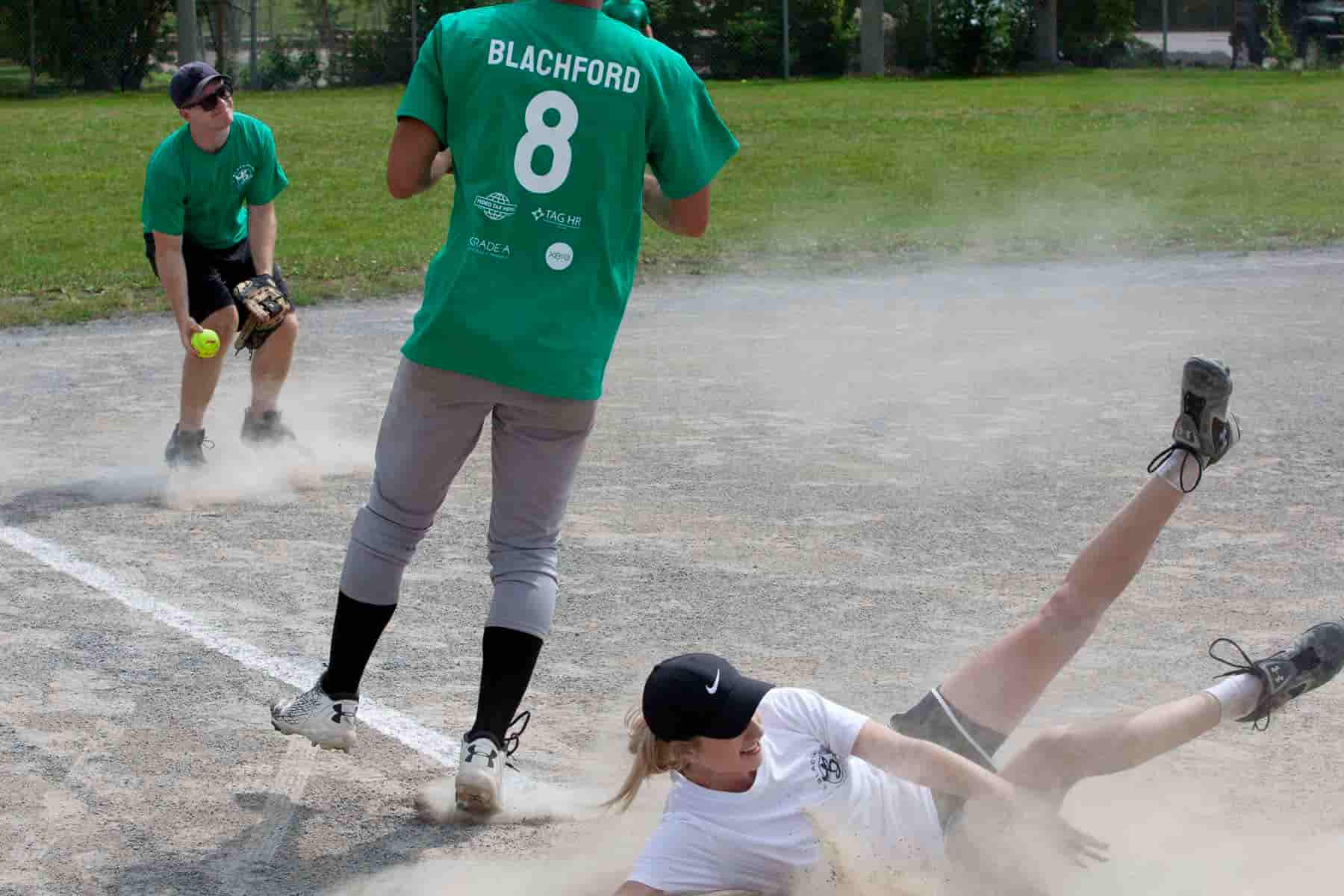 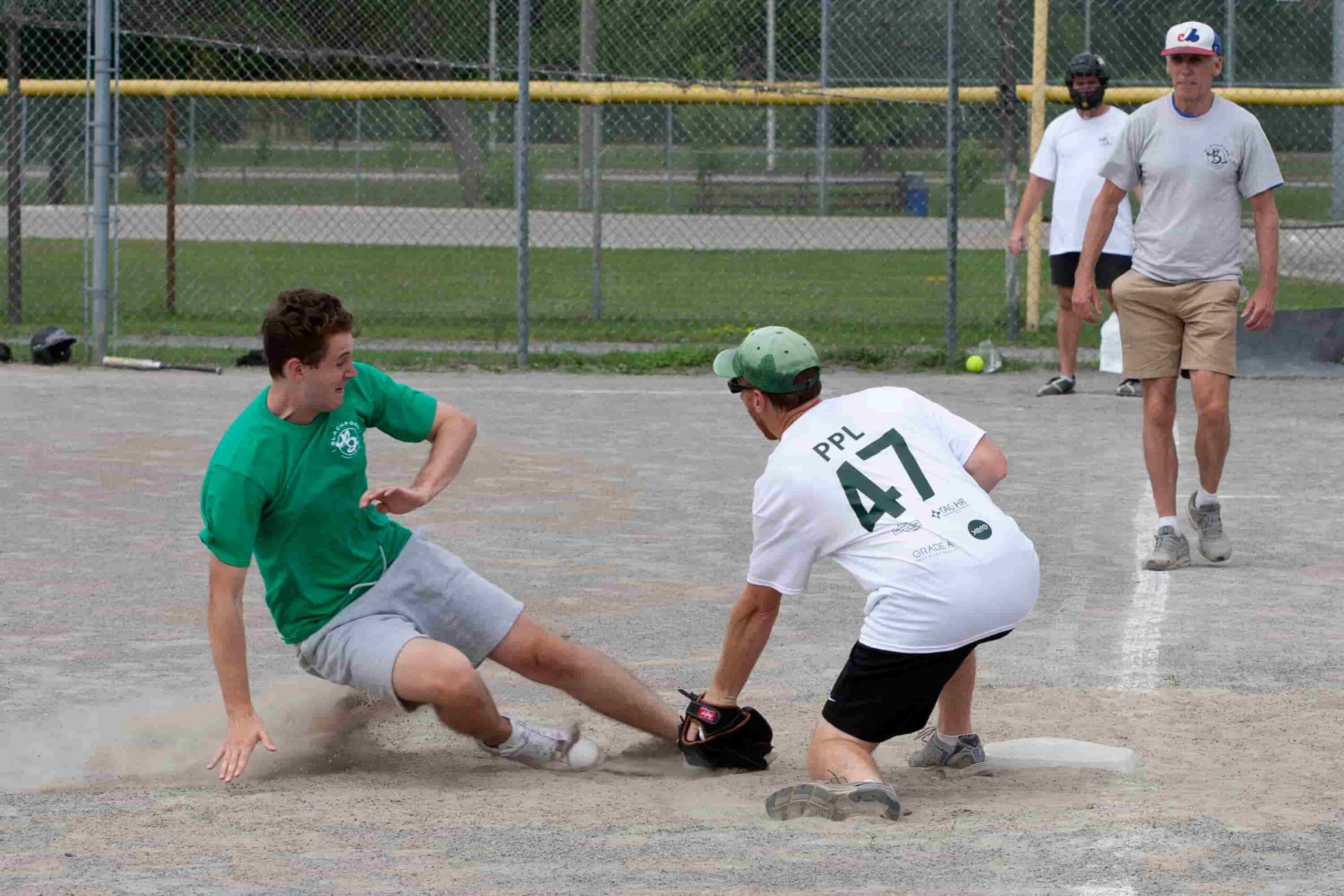 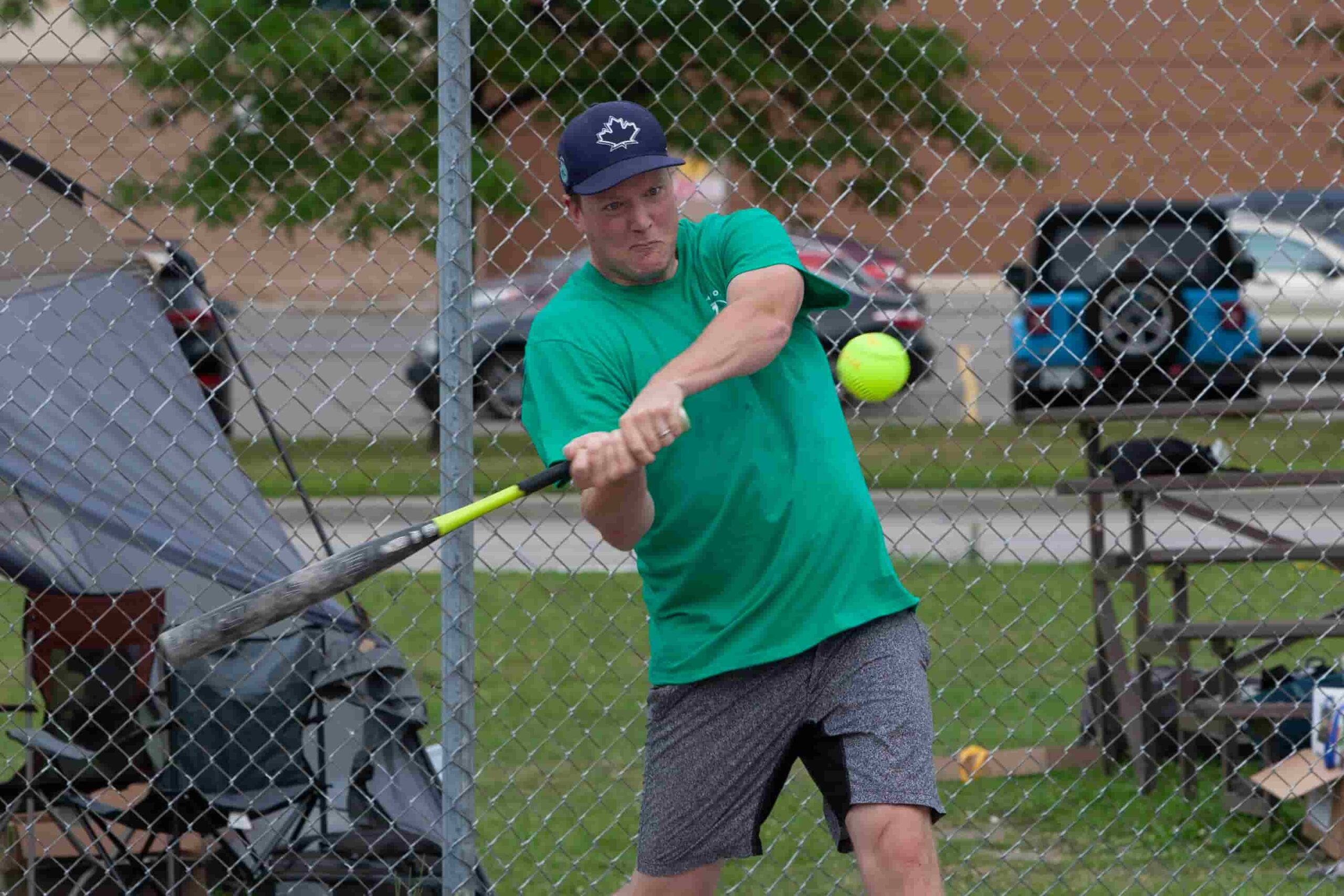 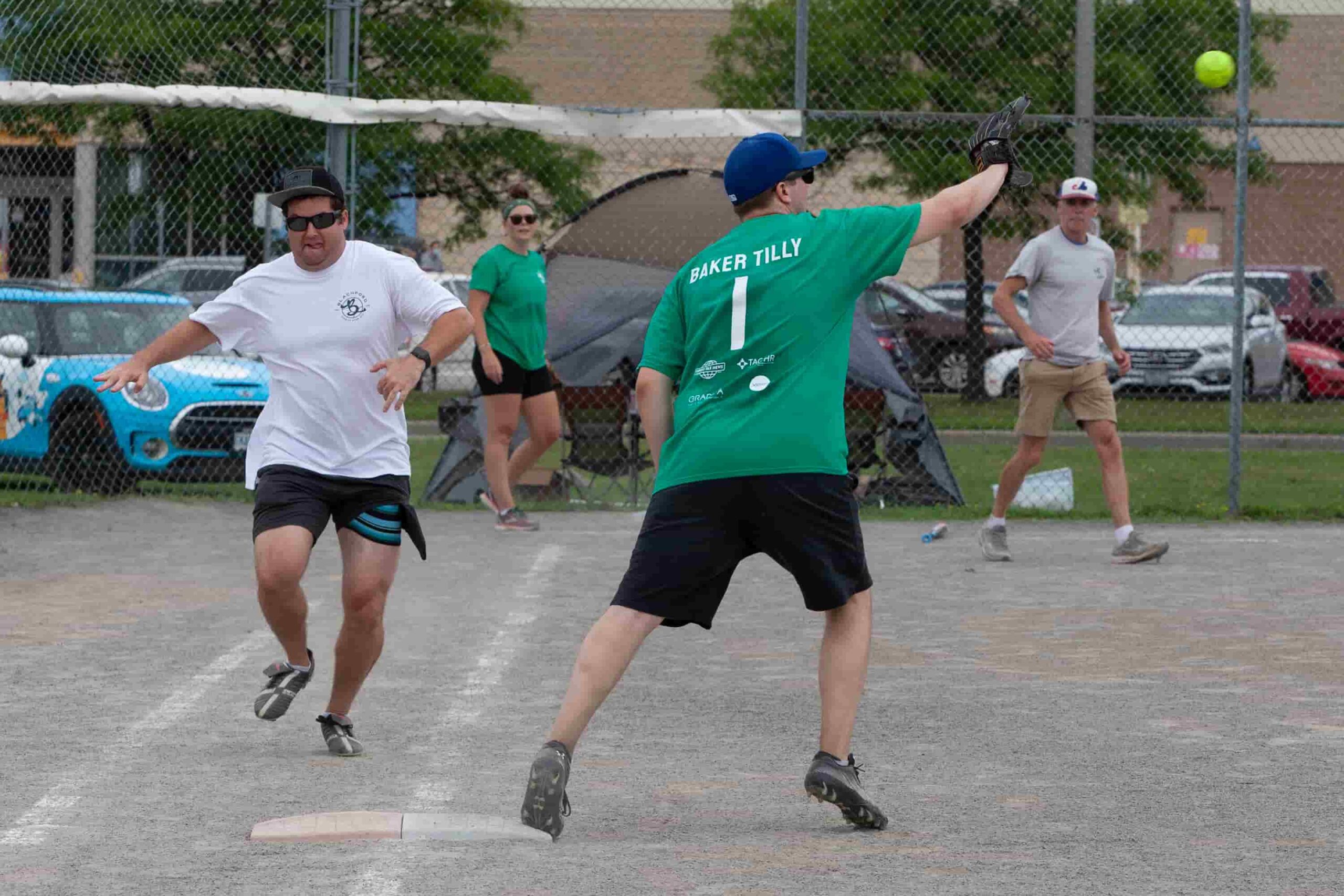 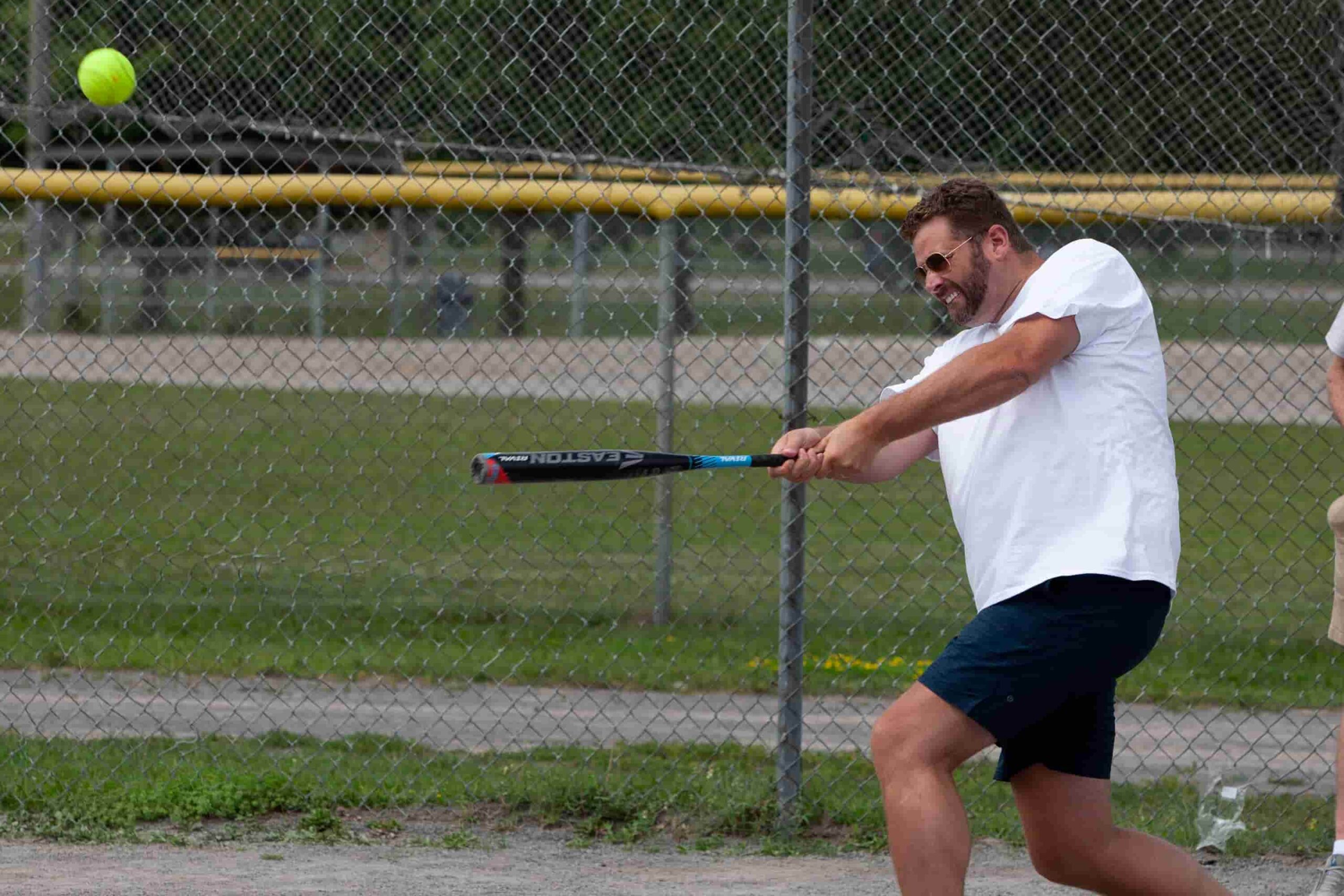 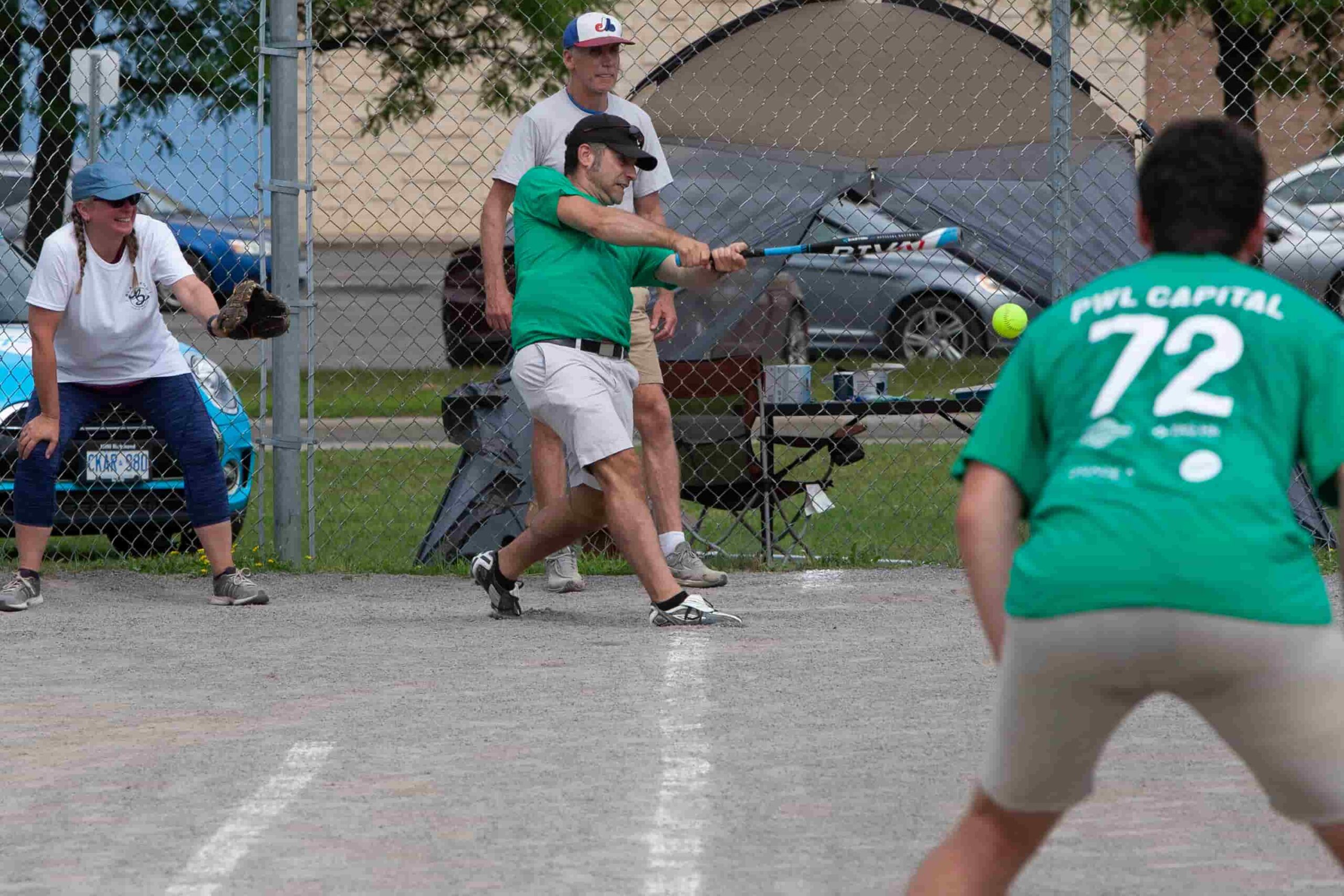 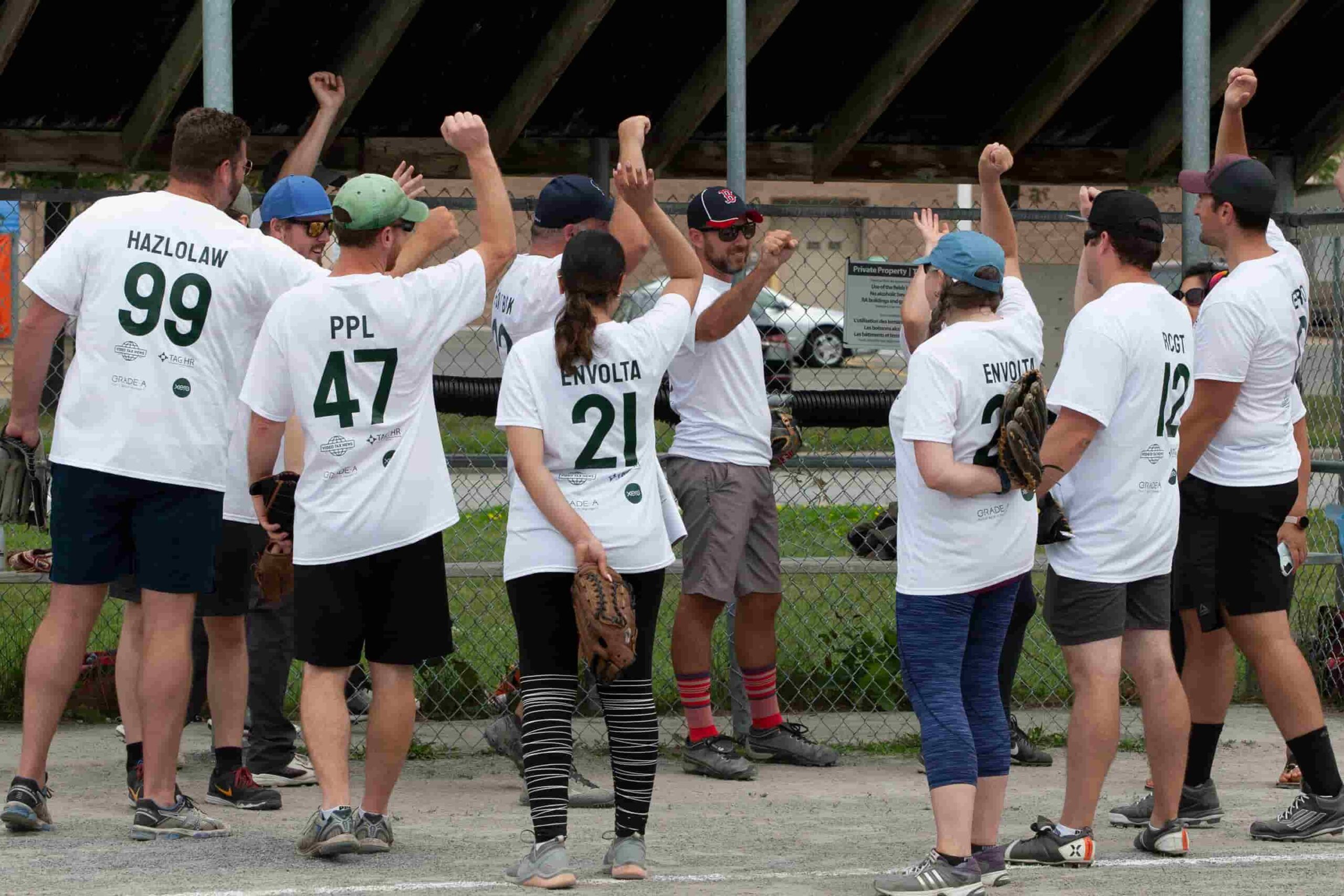 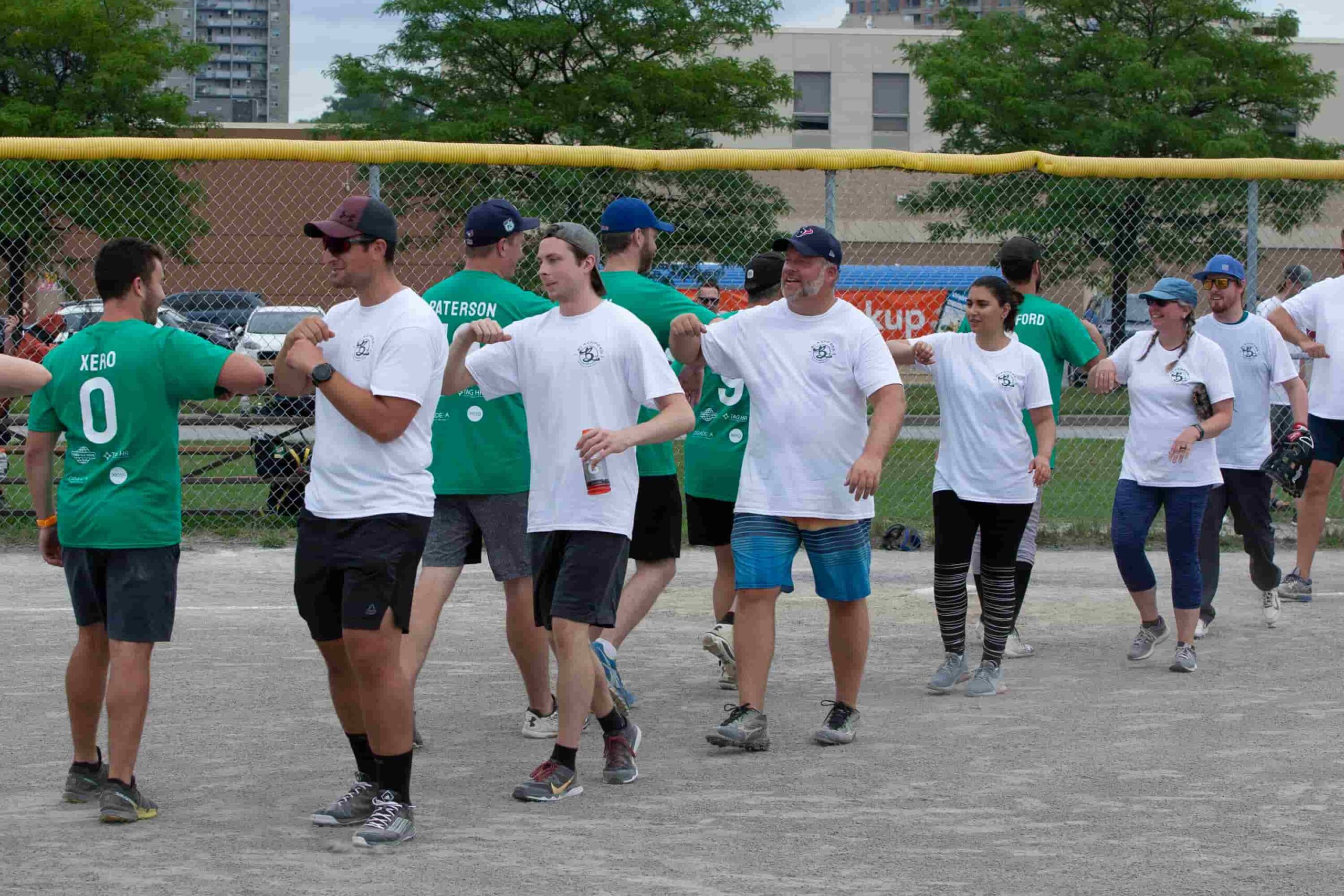 Open Doors received a total donation of $4,000 from the winners, thanks to an additional $1,000 that Bhaloo promised should her team, the white team, come out on top.

The $2,000 donation for OHS got bumped up to $2,500 after green team member Corey Roberts, a partner at Paterson & Company, kicked in another $500. He happened to hit the ball out of the park. So did Hugues Boisvert, founder and CEO of HazloLaw. 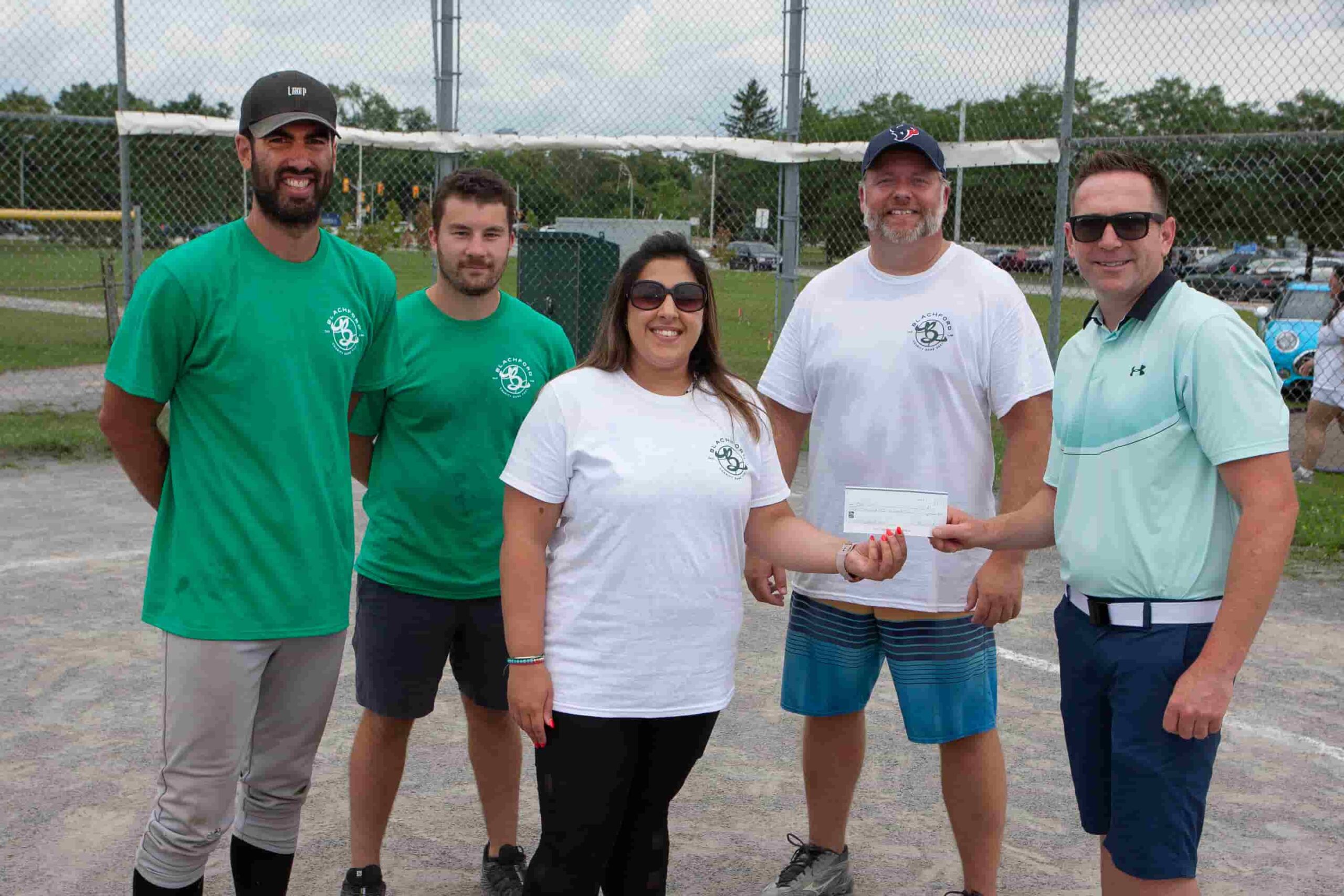 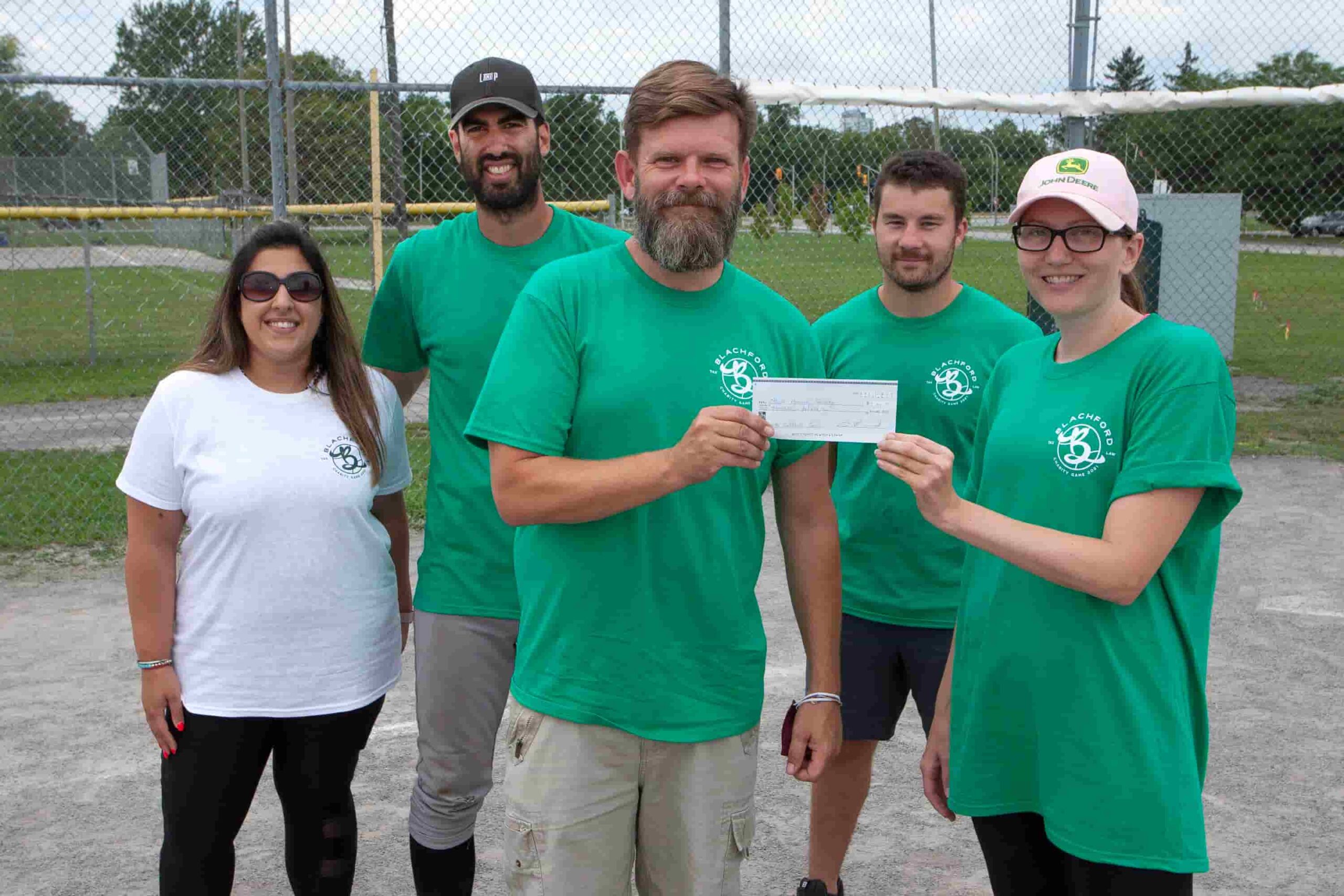 “Where’s that oxygen tank?” David Ienzi, a partner at Hendry Warren, joked with his teammates after running all the bases and feeling a little out of breath.

Ienzi said he was happy to participate in this year’s softball game, both as a way of giving back to the community and connecting with old friends and colleagues.

“I love to socialize,” said Ienzi.

“I can attest to that,” added Andrew DuBroy, who used to work with Ienzi at Hendry Warren before moving to KPMG and, starting later this month, PWL Capital.

After the game, teams showed good sportsmanship by lining up and giving their opponents friendly elbow bumps. Then, everyone headed to the nearby Hometown Sports Grill for beer and pizza. There were also players there from Logan Katz, GGFL, Vaive and Associates, Parker Prins Lebano, ENVOLTA, Deloitte, D&C, PwC and Raymond Chabot Grant Thornton. 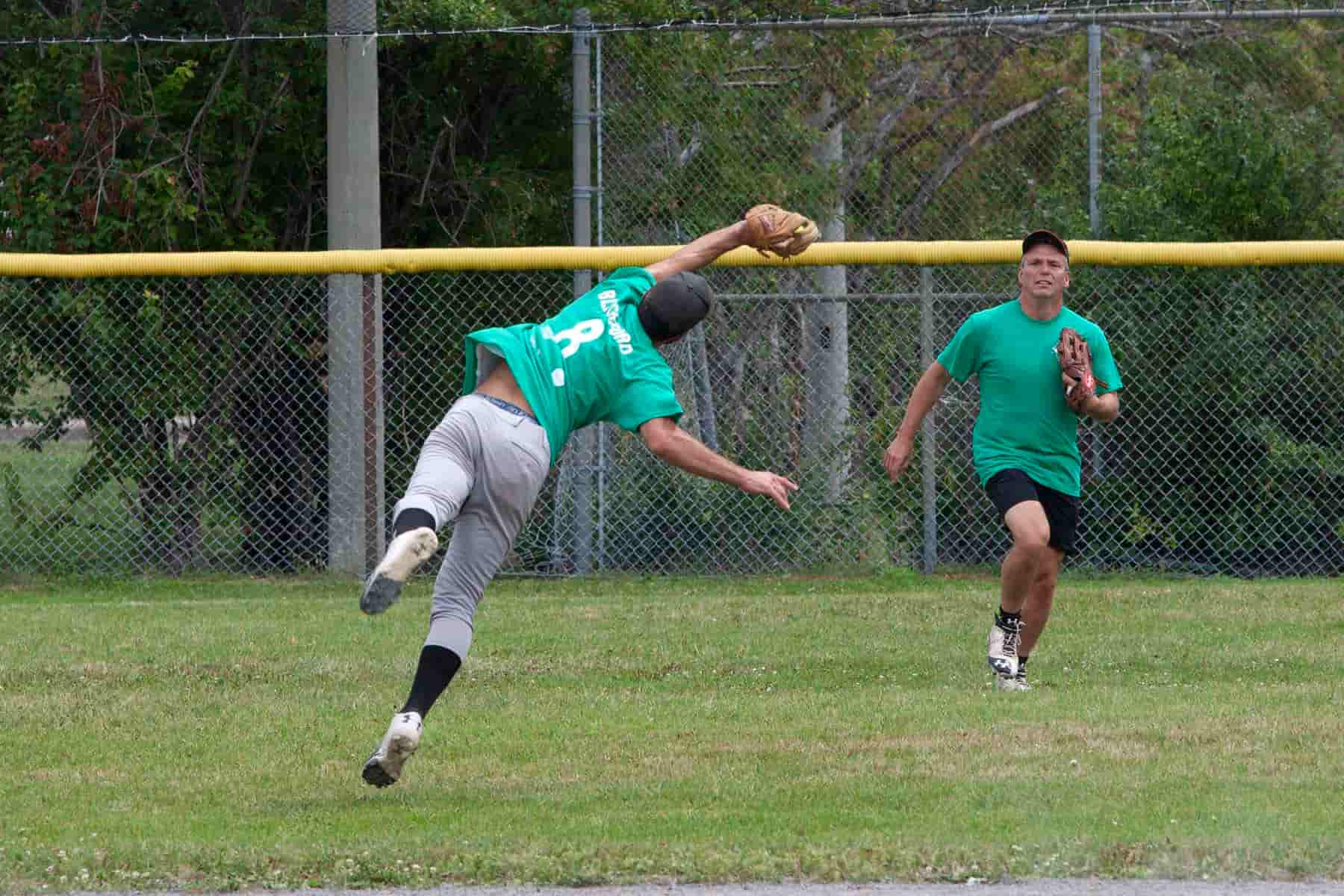