Construction recently began on a three-storey, 65,850-square-foot office building in the Bells Corners Technology Park, home to General Dynamics Canada. The new facility will be accompanied by the renovation of an existing 17,000-square-foot building, both of which will house the new Ottawa campus for engineering firm Golder Associates. It’s not every day that two friends sharing a coffee after Sunday mass leads to a business partnership like the one Joe Bones shared with Brian Mulvihill. But that fateful 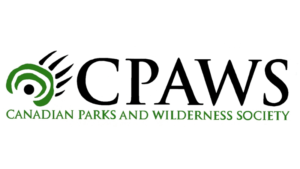 CPAWS is Canada’s only charity dedicated to the protection of public land, freshwater and ocean with a strong national and regional presence across the country. Working in a way that

Golder’s move from its Kanata location on Steacie Drive, combined with the growth of tech firm Fortinet, has injected optimism into Bells Corners at a time when commercial vacancy rates in Kanata remain the highest in the city at 13.4 per cent.

Earlier this year, Fortinet filled a long-vacant 27,000-square-foot space in the Lynwood Centre plaza on Robertson Road, bringing its workforce in the community to 125. That includes its engineering office on Moodie Drive.

Michael Anderson, Fortinet’s vice-president of global services and support, said the company will have as many as 160 employees by the end of the year and will add “at least” 100 more in 2015.

“It was really important for us to be close to our facility on Moodie Drive,” Mr. Anderson said, adding that the company did not want to disrupt its workforce. “There were other choices in that area.”

With Fortinet growing by 20 to 25 per cent annually, the company’s existing facilities will accommodate the firm’s expansion plans for the next two years, Mr. Anderson said.

Alex Lewis, executive director of the Bells Corners Business Improvement Area, said he knows of four to five other businesses that are considering moving into the area. He also pointed out that other developments – such as the recent opening of a new Zellers retail store in the core – are the fruits of the area’s recent efforts to rehabilitate the community’s commercial image.

The Zellers store, which is one of only three in Canada, now stocks clearance merchandise from the Hudson’s Bay Company and Home Outfitters stores.

“It’s no secret that there’s been a bit of a lull here for a number of years,” Mr. Lewis said. “I’m a firm believer that the pendulum swings both ways and it’s on its way back.”

Mr. Lewis said the Golder move, alongside the influx of the first 3,300 Department of National Defence employees – out of an eventual 8,500 – who are expected to move into the former Nortel Networks Carling Campus, means 2015 is shaping up to be “the year of Bells Corners.”

Mr. Lewis’s optimism aside, the activity in Bells Corners represents an anomaly in the west end at the very least, said Kelvin Holmes, managing director of Colliers International’s Ottawa office.

“(Bells Corners) has struggled to find an identity in the high-tech market,” he said. “The trends are for high-tech companies moving (into city centres) from the suburbs.”

Smaller high-tech companies in most Canadian cities are homing in on downtown locations, Mr. Holmes said. In Ottawa’s case, this is particularly true, since the core’s condominium activity has been steady and the government’s space needs have remained conservative, he added. This means young companies are not only finding their ideal recruits living downtown, but also compelling space options.

Ottawa office market … at a glance