Event recognizes this year's winners of CEO of the Year, Lifetime Achievement Award, CFO of the Year and Newsmaker of the Year

High above the ever-changing skyline of Ottawa, members of the business community came together Friday to applaud, admire and appreciate some of the top winners of the Best Ottawa Business Awards — also known as The BOBs.

Roughly 75 attendees made their way to The Westin’s Twenty Two venue, named after the floor on which it’s located. Once there, they were instantly welcomed with champagne and canapés in a casual-chic lounge atmosphere.

The evening focused on the four major award categories of CEO of Year, Lifetime Achievement, CFO of the Year and Newsmaker of the Year. Not to worry, all 30 award recipients will get their shining moment during a special one-hour broadcast on Rogers TV and YouTube Live this Thursday at 8 p.m.

Register here for information on the virtual event.

The annual awards, jointly produced by the Ottawa Business Journal and Ottawa Board of Trade (OBoT), spotlights the innovation, leadership and prosperity of dozens of local companies.

Local entrepreneur Mark Sutcliffe played the straight man to his wisecracking co-emcee Sandra Plagakis, morning radio host on KiSS 105.3. She feigned tardiness while delivering her first joke of the night (at the expense of the city’s chronic transit problems). “Sorry, I came here on the LRT. Apologies.”

The evening was like a coming-out party for Stéphane Brutus, who’s still getting to know Ottawa since stepping into his new role last March as dean of University of Ottawa’s Telfer School of Management. Telfer is the lead sponsor of The BOBs. 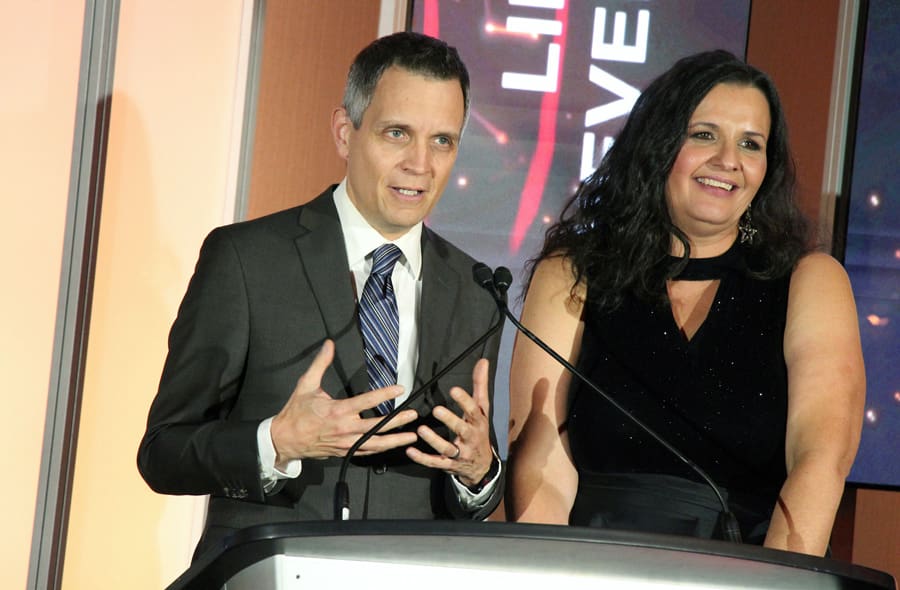 Friday’s event was a way of re-introducing an in-person component to The BOBs, which is normally held in a large gala format with hundreds of attendees. The awards program went virtual last year during the height of the COVID-19 pandemic. 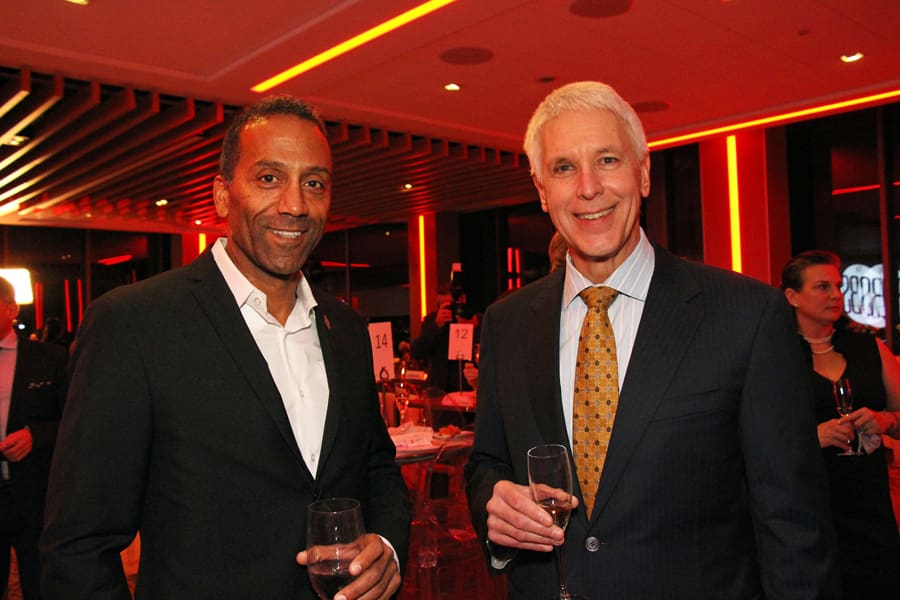 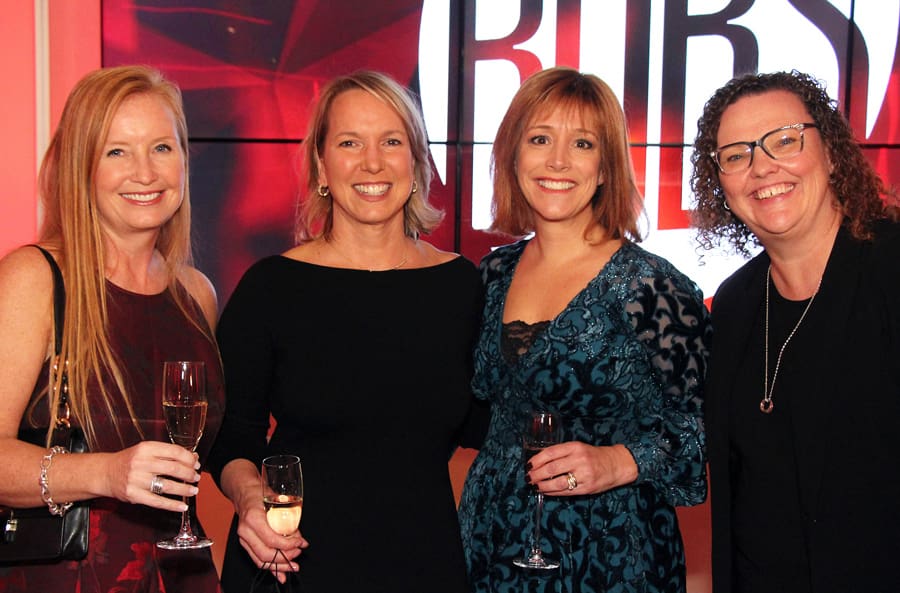 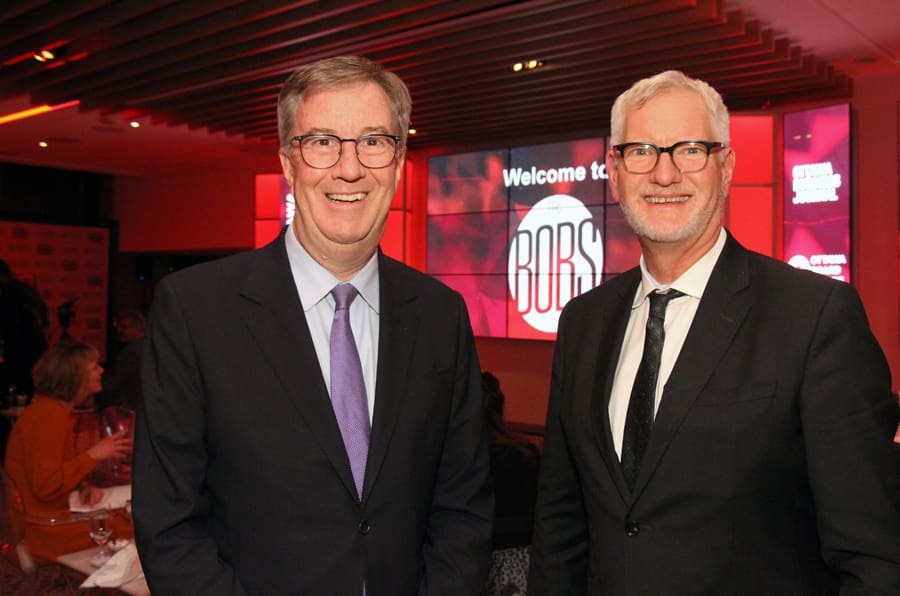 This year’s CEO of the Year is Telfer alumna Kathryn Tremblay.

She heads up one of country’s leading companies in staffing and recruitment, excelHR and Altis Recruitment and affiliated companies Altis Technology and ExcellTR. She started the business from scratch in 1989 with her future husband and fellow go-getter Toni Guimarães.

In September 2016, Guimarães, 51, passed away after being diagnosed with stage-four prostate cancer, leaving Tremblay with a large company to run and four daughters to parent. As for the COVID-19 pandemic, it initially wiped out hundreds of job placements and led to a sharp drop in her company revenues.

The room heard how Tremblay — who really is the kind of woman who lights up a room with her presence — has a way of bouncing back. Along with helping her clients overcome unprecedented economic and human resource challenges during COVID, she has turned her own companies’ fortunes around. Her group of companies is on track to place more than 8,000 workers across Canada in 2021. As well, her firms’ combined revenues are expected to surpass $150 million, exceeding pre-COVID levels, the audience was told.

“It ain’t about how hard you hit. It’s about hard you can get hit and keep moving forward”

Irfan Ahmed, her vice-president of IT services, turned to Rocky Balboa for inspiration while talking about his boss’s resilience. “It ain’t about how hard you hit. It’s about hard you can get hit and keep moving forward,” he said, quoting the fictional boxer during his video tribute with colleague Ameera Girgis.

Tremblay, 54, expressed her heartfelt gratitude to her “most incredible team” and to her parents “who always believed in me and lifted me up.” While her years as a young mom are behind her now, she gave the audience an idea of what it was like to balance business and babies (a lot of nursing and diaper changing between meetings).

She spoke about how she began to reimagine her business and her leadership role after the death of her partner and, in the process, opened her mind to new possibilities. She became more interested in the “human capital piece” of the company and began to focus more on such issues as workplace diversity, racial equity and employee mental health and wellbeing.

Tremblay concluded her rousing speech the same way she started, by challenging audience members to envision having a giant billboard of their own, surrounded by bright lights, and to think about what words they might include. “I think mine would say: What’s possible.”

This year’s Lifetime Achievement Award recipient was Jim Taggart, chairman for more than 25 years of Taggart Group of Companies. Founded in 1948, the family business has become a major force in the construction and real estate industry in Ottawa, Kingston and Eastern Ontario.

Taggart joked, upon accepting his award, that his family now refers to him as BOB. “I’m not Jim anymore.”

While Taggart, 79, is no longer active in the day-to-day business, the company still relies on his wisdom, expertise and guidance. He was born the eldest of seven kids and is considered the patriarch of his family.

His younger daughter, Julie Taggart, co-president of Taggart Realty Management, talked about her dad as her role model. She reflected back to when she first joined Taggart Group, more than 20 years ago. “I remember how he interacted with people and took a personal interest in getting to know everybody he met,” she said at the podium.

“This was one of the first and most important lessons I learned. I knew that if I wanted to be successful and respected like Jim, I needed to follow his lead.”

The self-described man of few words didn’t talk at great length at the podium but, as they say, actions speak louder than words. Sutcliffe shared a story of what an understated yet kind man Taggart truly is, based on a recent sit-down interview he did with the award recipient at his south-end office, in preparation for The BOBs broadcast.

“On the way there my car broke down,” said Sutcliffe. “I was late but Jim very graciously waited for me.”

One tow truck call and Uber ride later, Sutcliffe arrived and did the interview. “He asked me where I lived and I told him, and he said, ‘I’m actually going that way for my granddaughter’s birthday party, so I’ll give you a ride home’. A Lifetime Achievement Award recipient drove me home.”

That’s when Plagakis piped up at The BOBs and jokingly asked Taggart for a lift. “I live in Stittsville and was hoping to drink tonight.”

The 2021 CFO of the Year was awarded to Vanessa Kanu, who orchestrated the largest tech IPO in TSX history as chief financial officer of TELUS International. Oh, and if that’s not enough, she did it while working from home during the pandemic. Her résumé also includes 16 years at telecommunications firm Mitel, culminating with a stint as CFO before she left to join TELUS International.

Kanu, while expressing her gratitude in a video message, described Ottawa as a centre of innovation and world-class talent. “We have a thriving tech community that has given so many people, myself included, the chance to expand on the global stage.”

The recipient was out of the country for work that night but her former Mitel boss Steve Spooner stepped in to collect the award on her behalf. He described Kanu as a business leader who parks her ego at the door and a team player who has no time for office politics.

“She has a pragmatic can-do attitude that’s simply infectious,” said Spooner, who is the inaugural winner of the CFO of the Year Award.

Staff always wanted to work for Vanessa, Spooner recalled of their Mitel days together, “because she was scary smart and they knew that they could learn from her, but also because of her ability to teach and coach and be a mentor.”

Finally, Dr. Vera Etches, medical officer of health for Ottawa Public Health, was honoured as 2021 Newsmaker of the Year before a room full of double-vaccinated guests. She delivered a thoughtful speech that recognized the toll the pandemic has had on the community. She praised business leaders for their perseverance and support.

“You’ve learned new things. I don’t know how many of you thought you’d become infection prevention and control experts. You’ve also been giving back to the community as well.”

Mayor Jim Watson did a nice job introducing the hard-working, soft-spoken doctor, calling her “a great leader in public health” who “offered a sense of reassurance and calm” during the worst of the pandemic.

“She was there, available to so many different media outlets, to explain what was going on. There was so much confusion, so many mixed messages, a lot of disinformation, particularly on social media. She cut through all of that chatter and all of that white noise to be a true champion.” 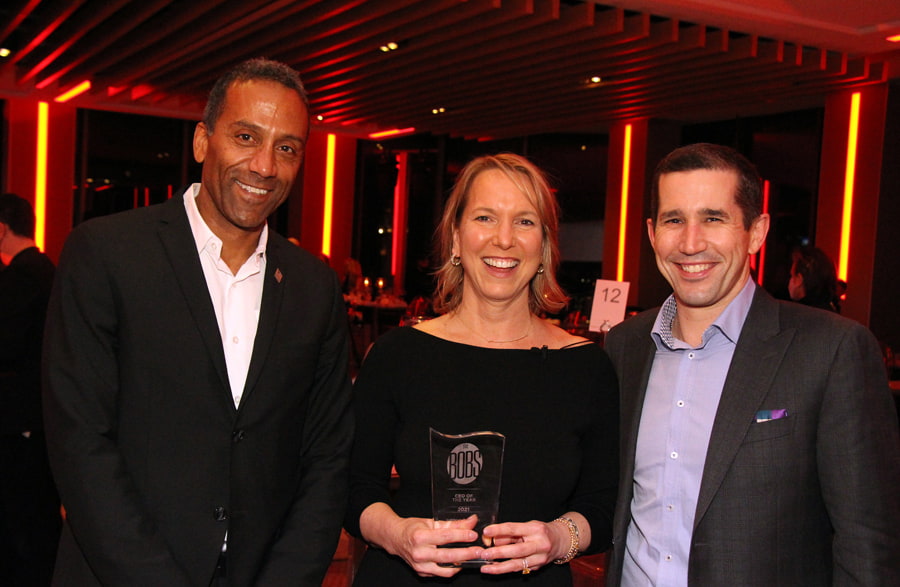 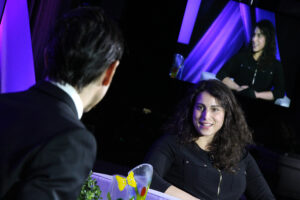