OBJ.social is supported by the generous patronage of Mark Motors and Sparks Dental. Read their stories here.

There was no live audience jumping to its feet to deliver standing ovations, but there may well have been enthusiastic cheering sections safely spread out across the city, watching the broadcast of Tuesday night’s 26th annual Ottawa Philanthropy Awards.

The one-hour show honoured eight deserving individuals, groups and businesses for their outstanding contributions to the charitable sector in such areas as health care, food insecurity, the arts and higher education.

Host Sam Laprade from 1310 News was joined in the Rogers TV studio by Teresa Marques, chair of the Ottawa chapter of the Association of Fundraising Professionals and president and CEO of the Rideau Hall Foundation. Organizers switched up the format to virtual this year due to COVID-19 restrictions on large social gatherings. 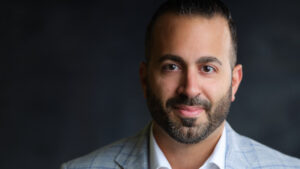 In total, TAAG will have over 30 employees by the end of July when it moves to its new corporate headquarters at Bank and Cooper Street in Ottawa. 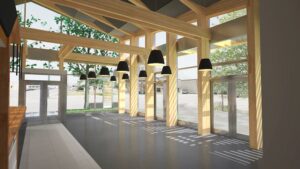 The Foundation WCPD was back as presenting sponsor, represented by president Peter Nicholson. He described The Phils as his favourite event of the year.

Each recipient was introduced through a pre-recorded video prepared by their nominator. The proud but humble winners spoke via web-based video with Laprade, as did the award sponsors.

RBC was chosen as Outstanding Corporate Philanthropist, having been nominated by three organizations: Youth Ottawa, the University of Ottawa and The Ottawa Hospital Foundation.

It was surprising to hear how the Royal Bank played an important role in the OC Transpo bus crash of January 2019. Thirteen severely injured patients were rushed that day to the trauma centre at the Civic campus, said Tim Kluke, president and CEO of The Ottawa Hospital Foundation.

“Thanks to RBC’s generous $600,000 commitment to The Ottawa Hospital, our staff had recently undergone specialized training and they were ready.”

In addition to their donation, RBC has “inspired an army of volunteers” to help with the hospital’s fundraising efforts over many years, said Kluke.

Audiences were told how the bank has been stepping up to help the community in so many ways.

“I’ve been saying that, behind this big corporate logo, there’s a big heart, and we’re here to help and we’re happy to do so,” said regional president Marjolaine Hudon.

She spoke about the philanthropic culture at RBC. They encourage their employees to learn about an organization that is meaningful to them, take action through giving money, time or expertise and then share the great work that is being done by that organization to raise overall awareness.

“I think, collectively, we all have a responsibility to make this a better world.”

“I think, collectively, we all have a responsibility to make this a better world.”

Award-winning chef and restaurateur Joe Thottungal was named Outstanding Individual Philanthropist for helping to cook more than 70,000 meals during the pandemic for people struggling to make ends meet. Never mind that a fire broke out at one of his other restaurants, Coconut Lagoon, during the height of the sweeping lockdown. He also owns Thali restaurant at O’Connor Street and Laurier Avenue.

Thottungal was nominated by Sylvain de Margerie, who teamed up with Thottungal to launch the Food for Thought COVID-19 Response with support from other chefs, friends and volunteers.

Thottungal graciously acknowledged everyone who supported their efforts. He encouraged others to give back, as well. To do so “makes us richer and happier,” said Thottungal.

Employment and labour law firm Emond Harnden was named Outstanding Small Business Philanthropists for its support of the National Arts Centre and its annual gala to raise funds for its National Youth and Education Trust.

Lynn Harnden started the firm with Jacques Emond in 1987.

“We found we shared a similar value, in that we wanted to give back from the success of the firm to the community,” said Harnden. As more lawyers joined their firm, the new partners felt the same way, he added. Emond Harnden now has 21 partners.

Healthcare leader Dr. Hartley Stern, one-time CEO of the Ottawa Regional Cancer Centre, spoke of how deserving Peter Charbonneau was of his Outstanding Volunteer Fundraiser Award. Charbonneau, a cancer survivor and former Newbridge executive, came up with the idea for the popular Up Close and Unplugged joint-fundraiser for the Ottawa Regional Cancer Foundation and NAC Foundation. He maintained a major leadership role throughout the event’s history and has helped raise many millions for cancer care and research.

Stern spoke about his “remarkable pact” to keep Charbonneau healthy as his surgical oncologist while, in return, Charbonneau agreed to raise money for worthy cancer causes.

“It was extremely successful,” said Stern. “It was mostly successful because of who he is. He’s an individual who is virtually always the smartest individual in whatever room he’s in. He has an extraordinary reputation for his integrity, his passion, his compassion, his values as a family man and his commitment to making the community better in whatever way he can.”

Jacline Nyman, vice-president of external relations at the University of Ottawa, was named this year’s Outstanding Fundraising Professional. She was nominated by KPMG partner Grant McDonald. She previously led a $100 million campaign at McDonald’s alma mater, the Smith School of Business at Queen’s University.

“To her, fundraising is a true passion,” said McDonald, who described Nyman as a “team builder” and “visionary leader” before raising his glass of red wine to his computer screen for a virtual toast.

CHEO Foundation president and CEO Kevin Keohane spoke of the more than $2.5 million raised by Ski For Kids for the Children’s Hospital of Eastern Ontario, as well as Children’s Aid Foundation.

“This is not an overnight success story,” he said. “In fact, this story has been three decades in the making.”

Huntington Properties partner Derek Noble, who co-chairs the fundraiser at Mont Ste. Marie with Tom McKenna, spoke with gratitude about the unwavering support they receive each year from businesses. Nobody ever says “No,” he said. “In fact, it’s more often the case people step up and say, ‘What else can I do to help?'”

The Phils featured a special Emergency Award this year, won by the PCL/EllisDon Joint Venture and represented by project director Matthew Rinfret. The group was nominated by the Royal Ottawa Foundation for Mental Health for a fundraising initiative involving key leaders working on the restoration of the iconic Centre Block on Parliament Hill. The group raised a remarkable $220,000 in just 72 hours in support of a mental health urgent care clinic at The Royal.

This year’s Outstanding Youth Award went to Ava Sidoli. She was was nominated by the Ottawa Food Bank for showing how young people can make a difference in the community through her “It Only Takes One” campaign.