Women are part of the answer to the shortage in skilled trades, experts agree

You could say RBC regional president Marjolaine Hudon really hammered the message home this morning when she delivered a persuasive speech on why more women than ever need to consider a career in the skilled trades.

The Ottawa business leader was one of numerous guest and keynote speakers to headline the International Women’s Day conference hosted by Elevate International and presented by RBC to advance women’s leadership and economic empowerment. The hybrid event took place at Bayview Yards. 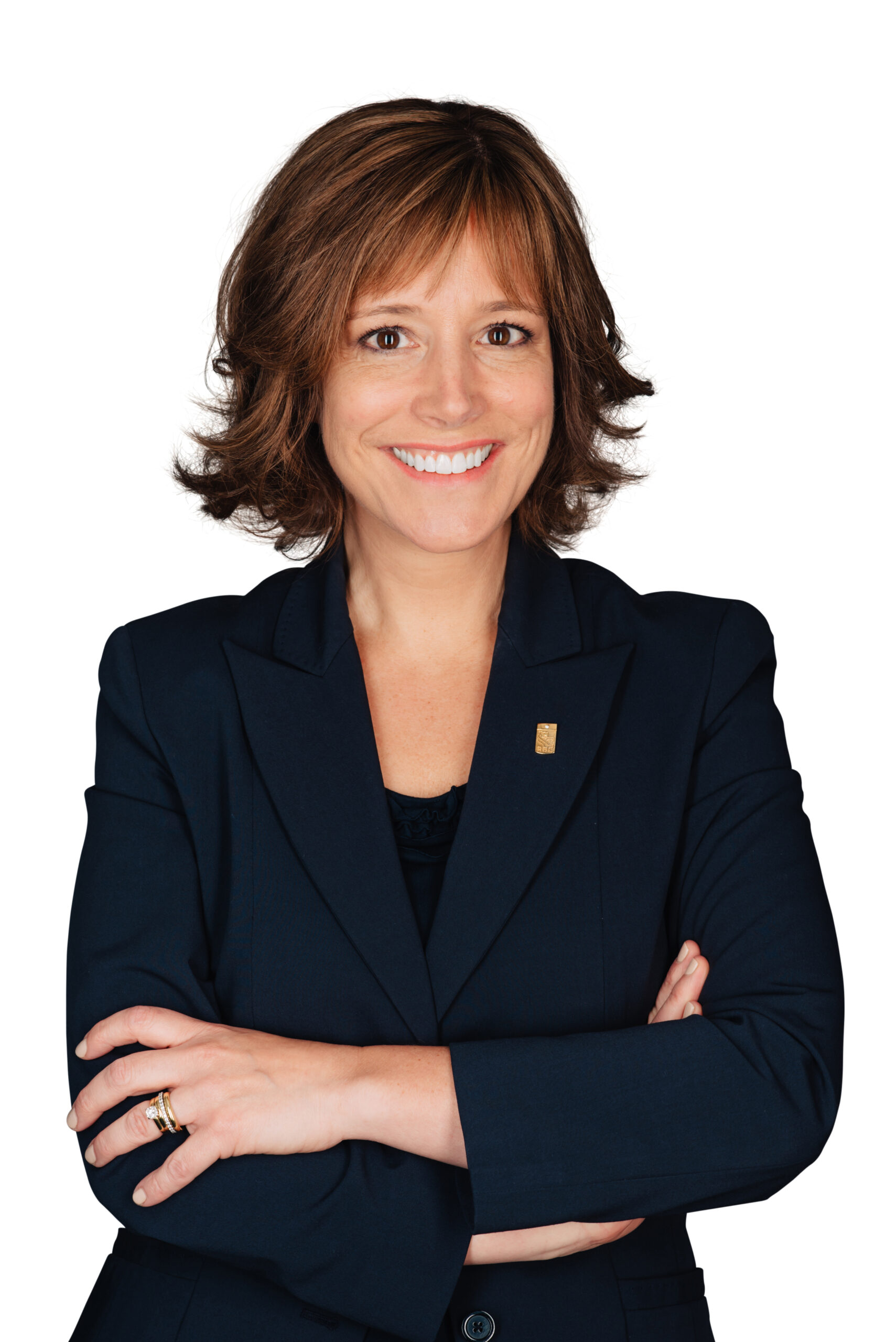 Hudon’s presentation was inspired by an RBC report released last summer on the future of the skilled trades, called Powering Up – Preparing Canada’s Skilled Trades for a post-pandemic economy.

The industry is suffering from an ever-present shortage of workers. Yet, women make up only four per cent of skilled tradespeople, she said.

“Women are simply not going into these fields and, the fact is, men aren’t either, at least not as much as they used to,” said Hudon. “We’re headed for a crisis. And we won’t get out of this crisis with the current job pool.”

The report found the trades to be facing a looming talent shortage driven by retiring baby boomers, a dwindling pipeline of new talent, and a workforce in need of retraining and upskilling to manage the pandemic-fueled digital disruption that lies ahead.

“That’s going to have serious impacts,” said Hudon, referring to time delays and increased costs to complete such major projects as Ottawa’s light rail transit expansion and the ongoing renovations to Parliament Hill. “Not to mention that kitchen renovation you had planned. There simply won’t be people to do it.”

One of the challenges facing the industry is the outdated perception of the trades, said Hudon, whose own father, a welder, insisted his kids go to university.  “And then with my three daughters — same thing.”

There’s this misconception, she said, that jobs in the trades are dirty, low tech, badly paid and headed nowhere. “But those are all myths. These workers are highly skilled, highly trained.”

Technology now plays a big role, from virtual reality headsets in the construction industry, to robotic welding, to computer-aided design in carpentry, she said.

“Today, skilled trades require a whole new level of ability. Some jobs are even done behind a computer, working with software, designing, modeling,” she said of an industry that’s become more brains than brawn.

Hudon cited several examples of women in the trades who love what they do, from a water and fire restoration technician, to a welder, to an HVAC mechanic. RBC has also connected with employers, advocates and educators to look at what needs to be done to attract more women to the trades.

Companies aren’t looking to hire women to fill a quota, she noted. Candidates have to be talented, they have to be the right fit. Nobody wants to hire that kid at the back of the class to operate a $2-million machine, said Hudon, while referencing a quote included in the report from Shaun Scott, a director of HR with Guelph-based Linamar Corp.

She also mentioned retired Ottawa construction leader Shirley Westeinde, who spoke of how tradespeople are able to leave a legacy, whether it’s a bridge, a hospital or a home. Algonquin College dean Chris Hahn talked about the ability for career advancement through leadership positions in management or entrepreneurship.

“These jobs are resilient,” Hahn is quoted as saying. “You can ship a lot of jobs overseas but not trades. You can’t build a road over Zoom.”

The Canadian Apprenticeship Forum is currently working with organizations to provide support to women in trades, with the goal of increasing their number to 15 per cent of tradespeople by 2030.

When it comes to supporting women, said Hudon, the industry needs to have their backs in the area of harassment and bullying. “Because the fact is, that’s still happening today. A lot. It’s keeping women from joining and keeping them from staying.”

The skills, value and diversity that women can bring to the workplace is being recognized by employers, but there’s still more work to be done to expose girls and young women to the trades, said Hudon.

“The industry can’t do it alone. We also need programs in elementary schools. We need to bring shop class back to high schools and encourage girls to register. We need to get career counselors on board. That’s key.”

Hudon said society as a whole needs to spread the word when it comes to attracting new talent from underrepresented groups, including women, newcomers and Indigenous youth. “Because the trades are closely linked to innovation and we’re going to need a lot of innovation to build a greener world, to save our environment.

“Women in trades can make their mark in this crucial moment in history. They can be leaders here.”