It was a hole-in-one kind of evening as arguably the greatest golfer of all time, Jack Nicklaus, came to town for the 23rd Annual Ottawa Celebrity Sports Dinner.

The sold-out fundraising event attracted 500 fully vaccinated guests to Infinity Convention Centre on Wednesday. That may seem like a large crowd in these lingering pandemic times but it was much smaller than it could have been. Organizers intentionally kept the numbers down by a few hundred, out of health and safety concerns.

“We turned away 20 to 25 tables,” said Fitness Depot president Dave Ross. He was back to co-chair the event with Stuart Ages, vice president at Paramount Properties, which was one of several VIP Sponsors.

The evening was a who’s who of business leaders from the Ottawa real estate industry, with dozens of companies buying tables and supporting the event. Also spotted from the VIP Sponsors were Dan Greenberg, president of Accora Village; Jason Shinder, CEO of District Realty; Kevin Ling, founder of Arlington Group; and Bob Jardine, founding partner of Cleland Jardine Engineering.

The evening was held in support of the Soloway Jewish Community Centre (JCC) and its scholarships for families and individuals who are unable to cover the costs of membership, preschool and day camp. The centre serves thousands of community residents of all ages and stages of life, from a wide range of cultural backgrounds.

Organizers were relieved that they were able to host the popular dinner this fall after having to cancel in 2020 due to social gathering restrictions surrounding COVID-19. They made the decision by June to proceed this year, with fingers crossed.

“We weren’t sure at that time that we’d be here today,” Barry Sohn, president and COO of the Soloway JCC, told OBJ.social. “We’re really thrilled.”

Major sponsors received special access to Nicklaus at a VIP reception held prior to the main event. Among the guests dying to meet him was Jardine. “There are superstars in sports and then there are legends. He’s a legend.”

Like Tiger and Magic, his name is iconic, Jardine also said. “You know him by his first name.”

During the reception, Nicklaus, 81, chatted briefly on stage with TSN sportscaster James Duthie and took a few questions from his audience, prior to everyone heading into ballroom for the main event. Duthie co-hosted the dinner with Move 100.3 morning show personality  ‘Stuntman’ Stu Schwartz. He happened to one of several dads who attended the dinner with his teenaged son. 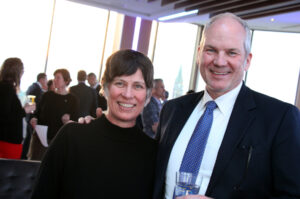 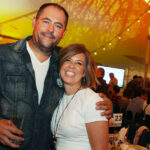 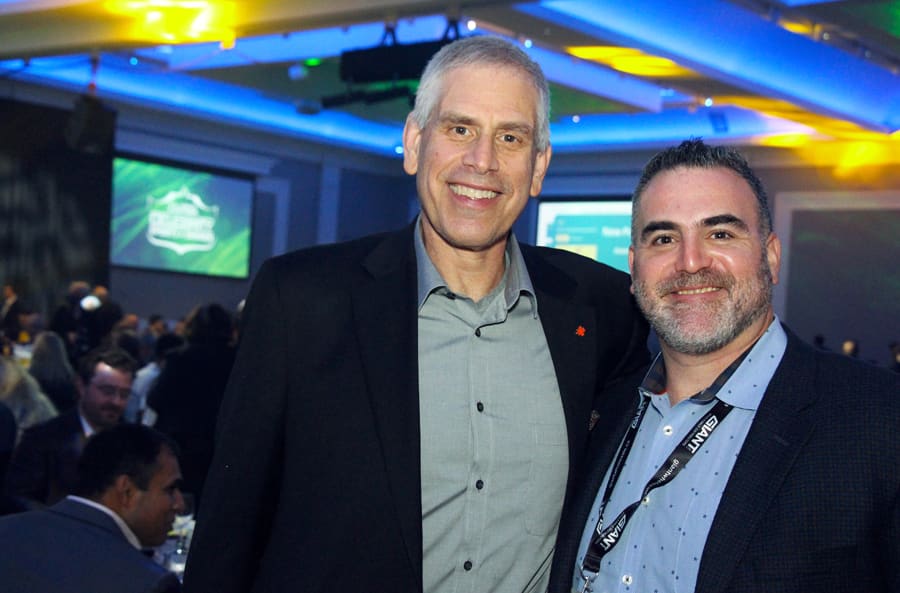 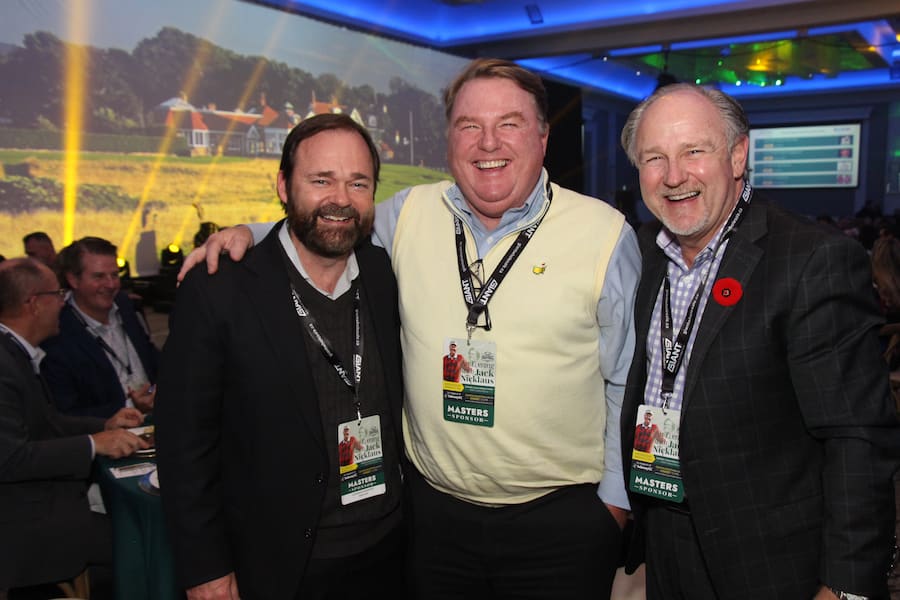 During the main event, the room rose to its feet with applause when Nicklaus was escorted to his dinner table. Playing over the sound system was Earth, Wind & Fire’s 1978 disco hit September, just to keep things fun and lively.

Local luxury real estate agent Charles Sezlik told OBJ.social it made his night just to see Nicklaus in person. “As a child, he was my idol,” said Sezlik. “It’s quite an experience to be in the same room in him. It’s incredibly special to be here.”

Sezlik was seen hanging out with well-known professional sports artist Tony Harris. He donated to the live auction an oil painting of Jack Nicklaus. The artwork ignited a bidding war, selling for $21,000.

Guests dined on roast beef provided by The Butchery in Bells Corners. Its owner, Mark Cantor, was there, as were Soloway JCC board chair Dr. Allan Shefrin, a pediatric emergency doctor at CHEO, and Jewish Federation of Ottawa board chair Ian Sherman, who helped to create the Ottawa Celebrity Sports Dinner back when he was vice chair of the Soloway JCC. That first dinner, held in 1998, featured Ron MacLean. 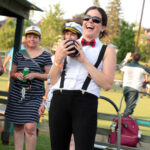 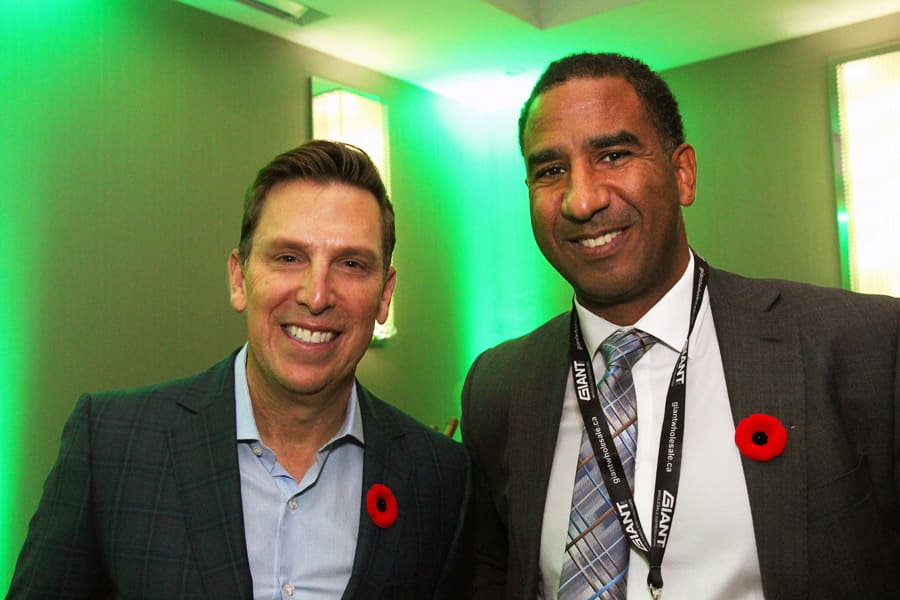 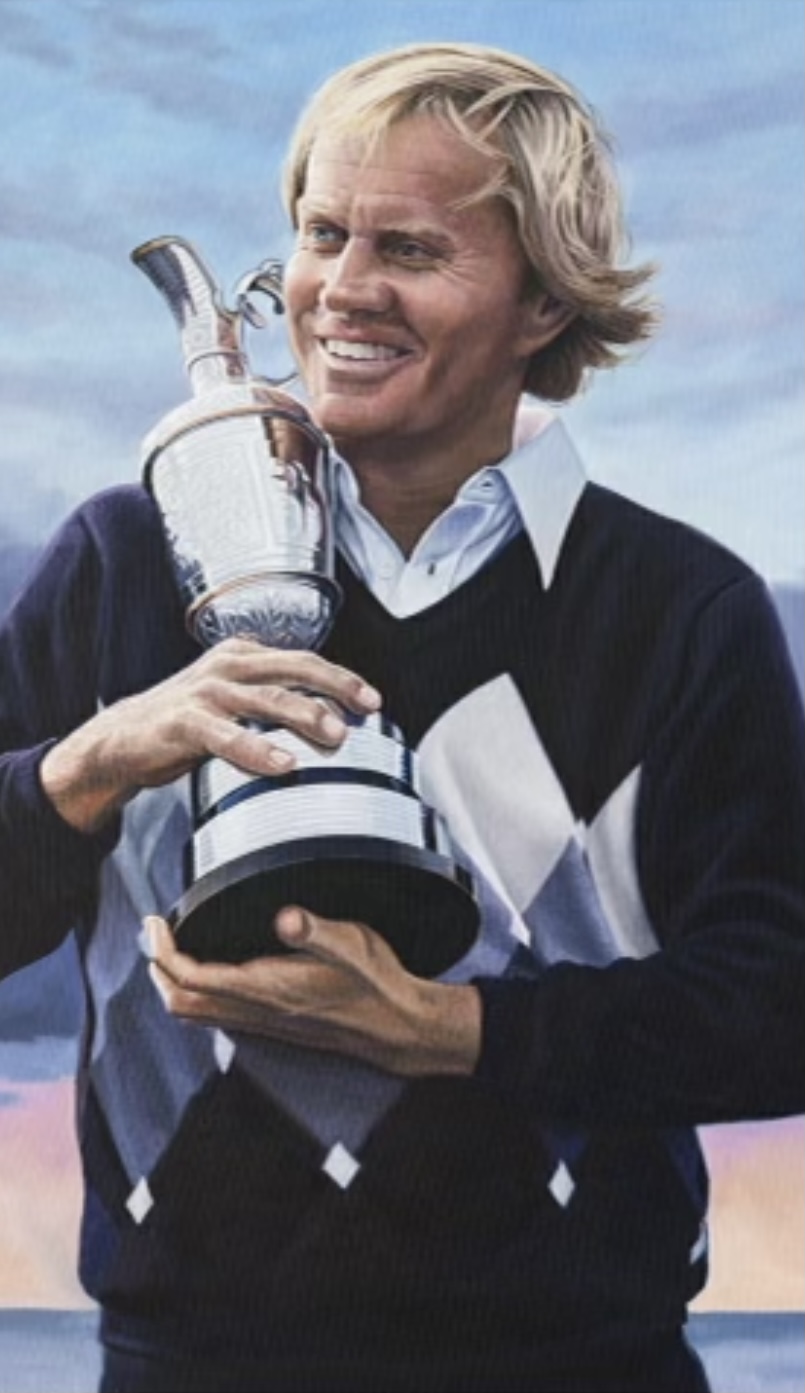