Without fail, the annual Inspiration Awards is one of those galas that always lives up to its name.

The moving and uplifting fundraiser for the Royal Ottawa Foundation for Mental Health celebrates how far our community has come in understanding and accepting mental illness, and how much easier it has become to talk about the subject without embarrassment or shame.

The 17th annual black-tie event returned to the Infinity Convention Centre on Friday night, bringing together a sold-out crowd of nearly 600 people and raising $500,000 for patient care and mental health research at the Royal Ottawa Mental Health Centre.

Also recognized was Ben Leikin for being a pioneer of mental health programs in Ottawa, starting as a youth volunteer at CHEO and continuing through to adulthood with Ottawa Public Health. He’s helped the City of Ottawa become the largest municipality in the world – and the first in Canada – to make suicide prevention training available to all 17,000 employees.

Ben Mulroney, of CTV’s Your Morning and etalk, and CTV News Ottawa reporter Megan Shaw did a superb job hosting the evening.

Mulroney told the room how he’s proud to work for a company that’s moving the conversation forward on mental health, specifically with the Bell Let’s Talk awareness campaign. CTV, which is Canada’s largest national private broadcaster, is owned by Bell.

Representing presenting sponsor TD Bank was senior vice-president Tara-Lynn Hughes while Jane Duchscher was back to chair the 2020 Inspiration Awards committee. The ballroom looked magnificent that night, with help from Ottawa special events production company Event Design. It puts on some of the biggest galas in town.

Dignitaries included Canada’s chief of defence staff, General Jonathan Vance; Merrilee Fullerton, the province’s minister for long-term care; and Daniel Alfredsson, who’s not only the greatest hockey player in the history of the Ottawa Senators but also the Royal Ottawa Foundation’s biggest booster. For 12 years now, Alfredsson has been a community ambassador for the non-profit organization. 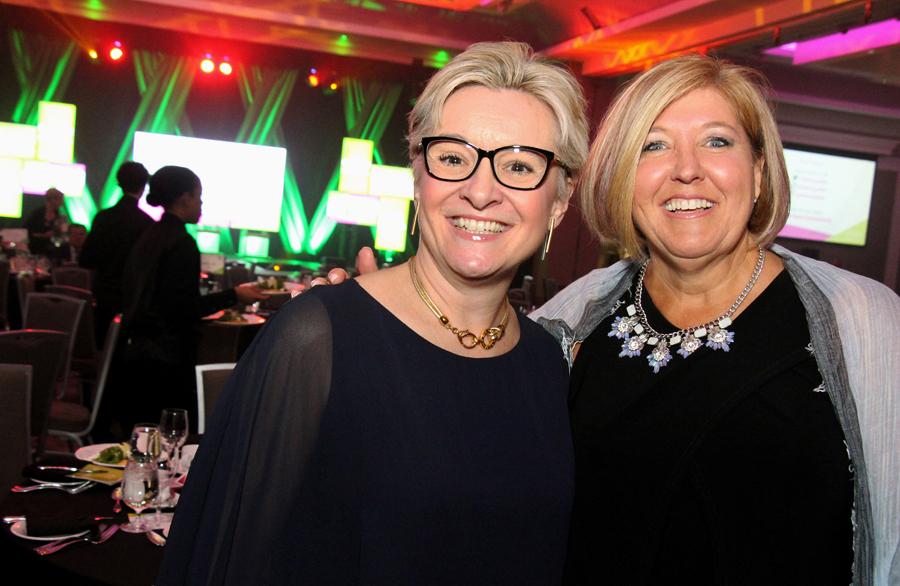 He conducted quickie interviews on stage with Alfredsson and another well-known mental health advocate, Margaret Trudeau, with whom he exchanged a warm hug. Trudeau was previously and successfully treated at the Royal Ottawa for her bipolar disorder.

Mulroney, who is, of course, prime ministerial offspring, jokingly told Trudeau how he was proud of his broadcasting career in television until “this other kid came along and moved the goal post,” obviously referring to her son.

“I think you’re having way more fun than Justin is,” Trudeau quipped.

Also in attendance were popular Grey Cup-winning football players Brad Sinopoli and Alex Mateas from the Ottawa Redblacks. They were seated at the Accora Village table with Dan Greenberg. Mateas has a second job, by the way, as a commercial real estate agent at Cushman & Wakefield.

On a surprise note, Mental Health Commission of Canada president and CEO Louise Bradley won one of the three raffle prizes: a pair of Air Canada tickets.

Manley wiped away tears as she collected her award on stage, before sitting down for a fireside chat with Mulroney, whom she’s known since he was a kid.

Manley talked about the nervous breakdown and depression that she faced as a young athlete in training, as well as her near-decision to pull out of the 1988 Olympics. She’d been feeling deathly ill at the time. What changed her mind were the encouraging words of Dave King, the then-coach of the men’s Olympic hockey team. He had pulled his own players off the ice, after he found them to be practising poorly, and brought them over to see Manley in practice. He later explained to her that he wanted his team to watch a champion in action.

Inspired by King’s comments, Manley went on to compete, win her medal and become a national celebrity.

2″In the world of mental health, words matter,” said Manley in acknowledging that her life may have turned out differently had that brief but impactful conversation with King not taken place.

Today, Manley is a certified life coach and mental health advocate. “I’m not just some Olympic athlete trying to do good. I’ve been there and I get it and I understand it,” she said of the subject of mental illness.

“I”m so blessed to be in a time of my life when I can now speak out about it, and everybody is still sitting — nobody has run out of the room.”

In the audience were her husband, TV producer David Rosen, and her brother, Tom Manley, senior principal at Bridge Growth Partners and a former top financial executive at companies such as Cognos and Nortel Networks.

The Royal Ottawa Foundation board is chaired by Gord Cudney, a partner at Gowling WLG and a 2018 Inspiration Award winner. When it comes to mental health, progress is being made in establishing more proverbial open-door policies in the workplace, said Cudney. The next step, he added, is in taking greater initiative to inquire if someone is okay when it appears they might not be. “It’s about not waiting for someone to come through your open door but to actually recognize … something is not quite right, and to be able to ask.”

The crowd was told briefly about the vision of Royal Ottawa Health Care Group president and CEO Joanne Bezzubetz to create a hospital without walls. “That means we want to push mental health care out of the bounds of our hospital and into the community, to work with partners to bring mental health care closer to where people are, so we can get them better, faster,” explained Mitchell Bellman, president and CEO of the Royal Ottawa Foundation for Mental Health.

Professional public speaker Derick Fage auctioned off an Ottawa Redblacks VIP road trip to Winnipeg, with hotel stay and dinner with the team. It sold for $3,000. There was also a four-course home-hosted dinner for eight from Fratelli, with bar service from Top Shelf. It went for $2,800. A mental health first aid certified training course for up to 25 people sold multiple times while an Ottawa Bluesfest VIP experience for eight, with Rage Against the Machine, brought in $3,200. A football getaway to watch the San Francisco 49ers play, with free WestJet flights and spending money, went for $5,600.

Finally, there was a VIP behind-the-scenes experience for two at CTV in Toronto for tapings of the Marilyn Denis Show, The Social and the opportunity to watch Mulroney’s etalk show come together. It included hotel stay. The package sold to the top two bidders, at $3,500 each.