Sporadic jobs and lack of compensation or benefits result in some self-employed artists living below poverty line, in need of rental assistance

Starving artists need not be homeless, now that the Ottawa Community Housing Corp. has entered into a preliminary agreement with non-profit organization PAL Ottawa to help keep a roof over artists’ heads.

The two organizations have signed an official memorandum of understanding to work together toward creating affordable rental units for senior artists, ages 55 and older. The mid-rise apartment building, to be constructed and completed between late 2023 and early 2024, will be located in the Gladstone Avenue and Rochester Street area of Little Italy, where there’s already a happening arts scene. The plan is to build 80 apartment units, as well as complementary creative spaces. At least 40 per cent of the units will be below-market-rate rentals while the rest will be near-market rentals.

The unique and innovative partnership with OCH, the city’s largest social housing provider, marks a major breakthrough for PAL Ottawa, a grassroots arts organization created in 2012 to come up with an affordable housing solution for older artists, including actors, singers and musicians, visual artists, dancers, writers and arts administrators. It also provides personal support to artists, so that they don’t end up isolated and alone.

OCH has retained Ottawa firm Hobin Architecture as its prime development consultant on the new building. Planning and design work is underway.

“This is a milestone moment in what has been a real labour of love.”

“We couldn’t be more excited,” said Catherine Lindquist, who co-chairs PAL Ottawa’s housing project with fellow board member Stephen Arbuckle. “This is a milestone moment in what has been a real labour of love.”

The volunteer board at PAL Ottawa had been waiting in the wings for the right opportunity to come along. It finally found it with OCH, which is in the business of creating affordable housing communities.

“This saved the whole project,” PAL Ottawa board chair and theatre artist Peter Haworth said of the partnership with Ottawa Community Housing. “We came to a point about three years ago when we realized if something didn’t happen soon, we were just going to be maintaining our existence, keeping it going but not advancing.” 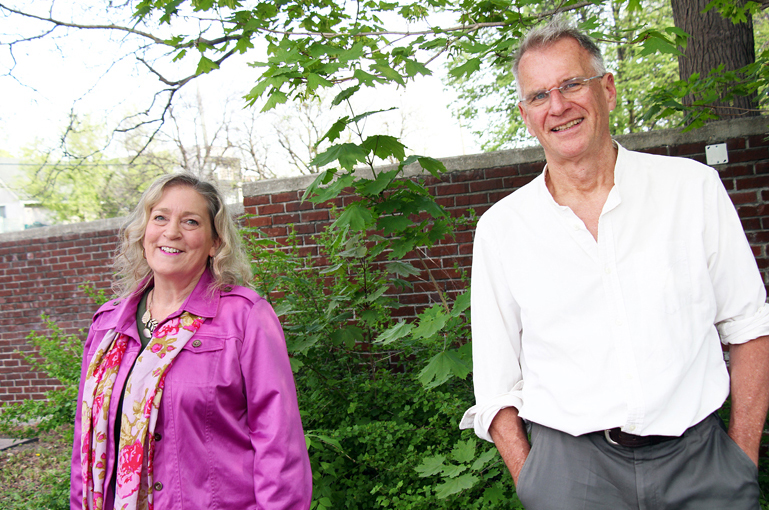 The new facility will give older artists a place to live comfortably and securely, and to have creative spaces to exhibit, perform and hold social gatherings, he added. PAL Ottawa plans to launch a fundraising campaign to develop the spaces into studios and/or exhibition rooms, and to make the below-market-rental apartments affordable in a sustained way.

There are already 100 interested applicants for the apartments including Juno Award recipient and Canadian Folk Music Award-winning singer and songwriter Lynn Miles, who, incidentally, has launched a GoFundMe campaign in order to record her next blue grass-style album.

When it comes to artists, most of them don’t work in the sector for the money but see it as a calling or a vocation, said Lindquist. A statistical profile, done by Hill Strategies Research, of Canadian artists in 2016 found a typical artist was earning an income of $17,300, a figure that was 56 per cent lower at that time than the median of $39,000 for all workers.

A young artist may dream of hitting the big time but, if it hasn’t happened by the time they hit middle age, they may see their next best option as carrying on with what they know and love, despite the sporadic nature of their employment and the lack of proper benefits, Haworth explained.

There is, of course, the option of abandoning the arts and getting a secure job, but that would make for a dull outcome for everyone, he opined.

“Do you want to live in a city that doesn’t have any art and that’s full of really responsible people who are not going to spend hours and hours for very little money to create something beautiful?”

“Do you want to live in a city that doesn’t have any art and that’s full of really responsible people who are not going to spend hours and hours for very little money to create something beautiful?”

A thriving arts scene helps businesses recruit talent, universities to attract students, and cities to bring in tourists, added Lindquist, who, by day, is executive director of Capital Heritage Connexion.

Ottawa Community Housing examined some of the success that PAL chapters had in other major Canadian cities, such as Vancouver and Toronto, and liked what it saw.

“PAL has a great history and does fantastic work for a clientele that isn’t typically addressed through other means,” said OCH chief development officer Cliff Youdale, adding that the idea had been percolating for the past four years. “It seemed like the right time and the right place and a great cause, so it all matched up.”

The project is also a natural fit for the area, he said. The neighbourhood is home to The Gladstone Theatre, Enriched Bread Artists, GigSpace and SPAO: Photographic Arts Centre. OCH is currently building a mixed-use “village” nearby, close to Piazza Dante Park and the new Corso Italia LRT station.

Catherine McKenney, councillor for the Somerset Ward and a board director with OCH, said she’s “thrilled” to see more mixed-use, mixed-income neighbourhoods in the works. “It’s not just about people and retail, it’s about people and retail and schools and arts and everything that makes a community strong and that draws people into that community.

“We’re building communities where people will visit, that will draw people in.”