“At the National Arts Centre, we love nothing more than welcoming an audience,” began NAC president and CEO Christopher Deacon after taking to the stage in the Babs Asper Theatre on Friday to officially greet guests for a special occasion.

The invite-only crowd was there to watch a one-hour show that aired that night on CBC/Radio-Canada in honour of this year’s Governor General’s Performing Arts Awards laureates. “Tonight, it’s absolutely wonderful to have you here with us in this beautiful theatre to share this experience together,” Deacon continued.

The program was co-produced by the NAC in partnership with the Governor General’s Performing Arts Awards Foundation and Vérité Films.

It was emceed by radio and TV host Isabelle Racicot. On display behind her was the NAC and its striking Kipnes Lantern tower showcasing digital images of all the laureates. 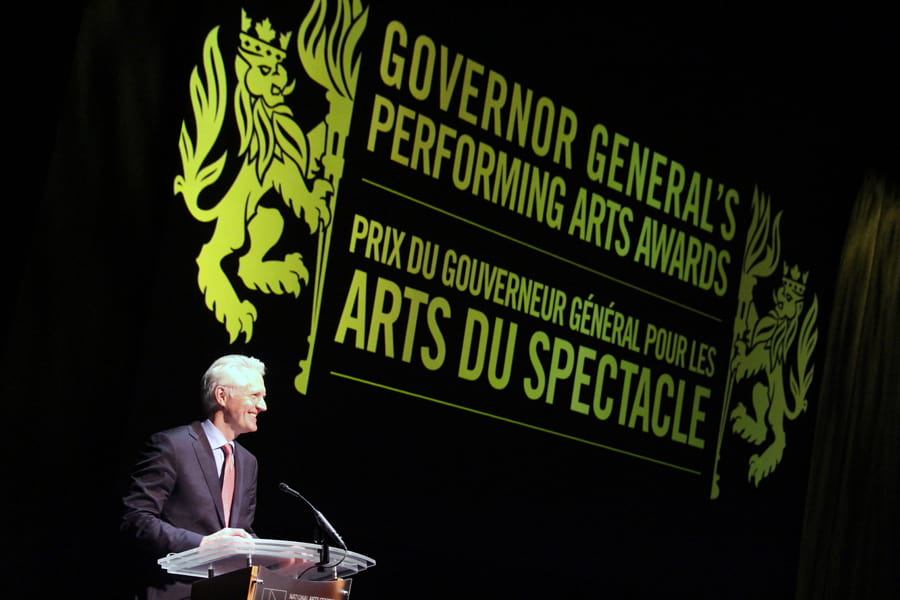 The 2021 laureates were Tantoo Cardinal, one of the most recognizable Indigenous actresses around, Vancouver-born composer Alexina Louie, Montreal-based dancer and choreographer Zab Maboungou, Toronto-born comedic actress Catherine O’Hara and Quebec-based Innu singer-songwriter Florent Vollant. Vancouver-born actor, entrepreneur and philanthropist Ryan Reynolds landed the National Arts Centre Award in recognition of an “extraordinary” performance year while Lynda Hamilton was the recipient of the Ramon John Hnatyshyn Award for Voluntarism in the Performing Arts.

It wasn’t the glitzy GG awards gala that the public is used to, with fanfare trumpet salutes inside the 2,000-seater Southam Hall. That will have to wait until May, when the curtains have hopefully dropped on the COVID-19 pandemic.

For now, the double-vaccinated 150 guests were happy to grab their complimentary box of popcorn with accompanying glass of wine, bubbly or water, and settle in for the show. It featured a series of tribute performances shot in outdoor scenic locations across the country, accompanied by the music of the NAC Orchestra. Gov. Gen. Mary Simon was also part of the program, offering her personal congratulations to each laureate. 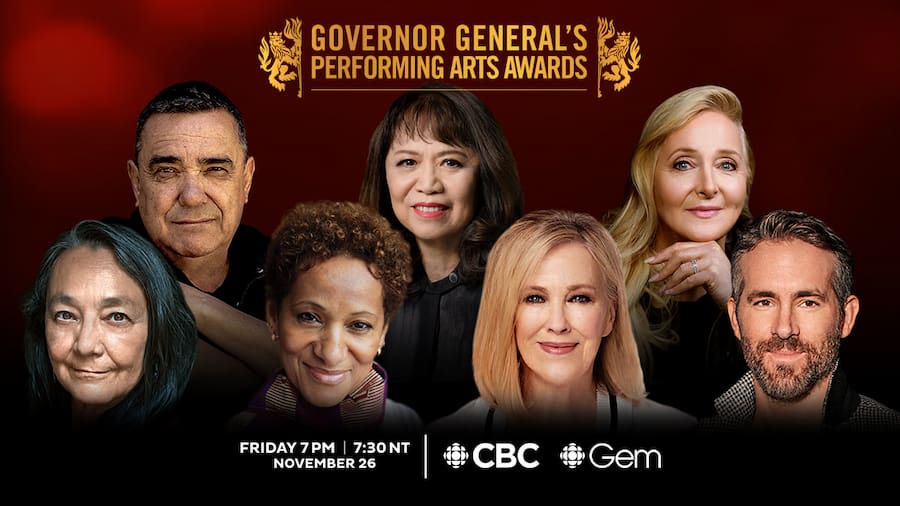 Adrian Burns, chair of the board of trustees at the NAC, was there. So were Douglas Knight, chair and CEO of the GGPAA Foundation, and the show’s executive producer, Vérité Films president Virginia Thompson of Corner Gas fame.

Guests included Canadian singer-songwriter and humanitarian Susan Aglukark, Canada Council for the Arts CEO Simon Brault, Erin Benjamin, president and CEO of the Canadian Live Music Association, National Capital Commission CEO Tobi Nussbaum with his wife, Dr. Liz Muggah, president of the Ontario College of Family Physicians, and National Gallery of Canada director and CEO Sasha Suda. Even though the awards were not live this year, Suda still found the program to be very touching.

“I thought the spirit of the laureates really came through, that you could feel the life force of these humans that have contributed so much — often times thanklessly,” Suda, a 2020 Forty Under 40 award recipient, told OBJ.social at the reception held afterward in the Canada Room. 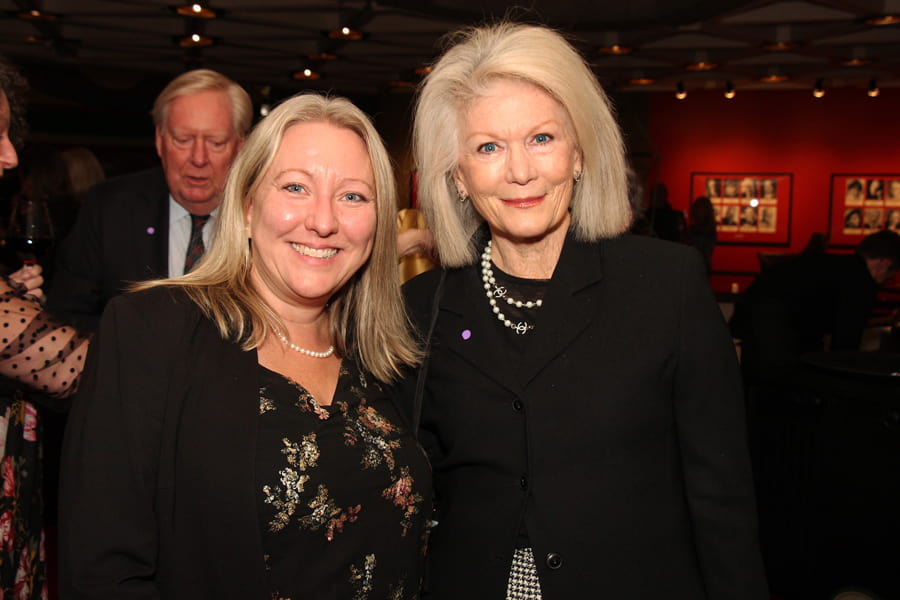 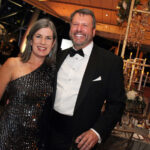 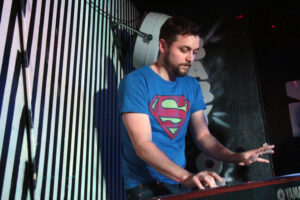 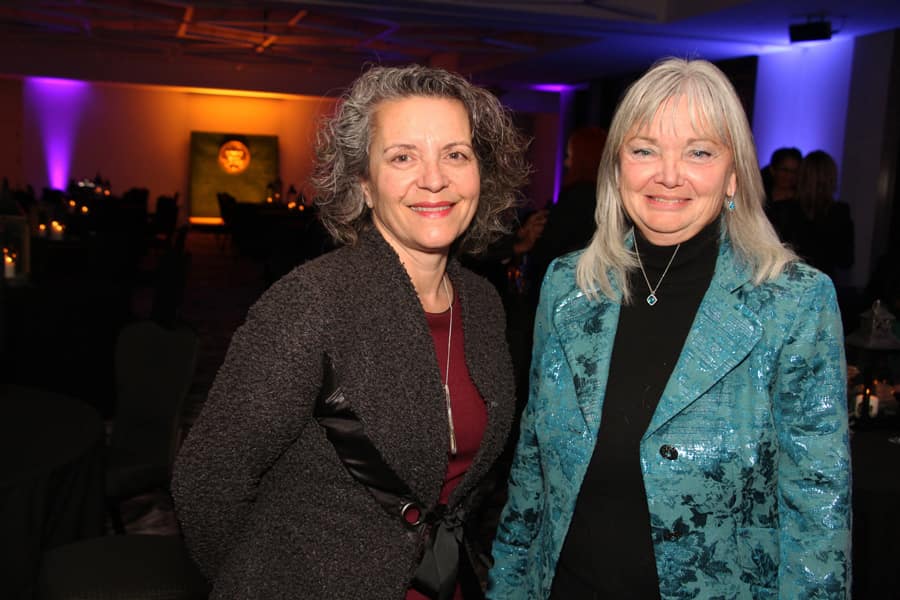 Hugely entertaining and uplifting was the musical tribute to Reynolds. It took place in the great outdoors with former Barenaked Ladies frontman Steven Page belting out a song he wrote for Reynolds, called Canada Loves you Back,  The video features Page in a plaid shirt and playing air guitar on an actual axe he later uses to try and split firewood. It includes cameos from William Shatner and from Vancouver Canucks legend Stan Smyl and the Sedin twins in their personalized Reynolds jerseys.

There were congratulatory message from such big names as Sandra Bullock, Hugh Jackman, Michael J. Fox and Reynolds’ wife Blake Lively. Audiences heard how kind and generous the Deadpool star is toward his home and native land. He’s donated money to a long list of Canadian nonprofits, including the Ottawa Food Bank.

Reynolds, who’s known for his self-deprecating humour, was the butt of at least a couple of jokes linking him to another great Canadian Ryan export, Ryan Gosling.

Last night, Canada honoured me with a Governor General’s Award and this video. I’m not crying. It’s just maple syrup. @stevenpage is a friend and legend for wasting this amazing song on me. Thank you to Her Excellency, @GGCanada, Mary Simon. #GGAwards @CanadasNAC I’m a wreck. pic.twitter.com/0ALteFw2QN

O’Hara got emotional while watching a musical tribute from former Schitt’s Creek co-star Noah Reid, who sang Joni Mitchell’s A Case of You on piano. He kept it “a touch ridiculous” with his revolving door of Moira Rose wigs. There were also video messages from Schitt’s Creek cast members Eugene Levy, Dan Levy and Annie Murphy, along with her SCTV pals Martin Short, Andrea Martin and Dave Thomas. She and Eugene Levy were on SCTV together, too.

What was nice about the broadcast is that laureates were given the opportunity to tell everyone what it meant to receive Canada’s highest honour in the performing arts.  “I feel like an Olympian,” announced Cardinal, with her fists clenched in victory and the medal hanging around her neck.

Incidentally, she’s one of several Indigenous actors with a key role in Martin Scorsese’s upcoming movie, Killers of the Flower Moon, with Leonardo DiCaprio.

“Praise to the arts, that crazy glue that we sometimes need to sort ourselves out, and to breathe,” Cardinal also said.

Louie, considered one of Canada’s most prolific composers, talked about how solitary it is to write music, all alone in a small room with a pencil and piece of paper. “You have to come up with the most splendid music so that your musician friends have something beautiful to play,” she said of a creative process that involves expressing something that’s deep within her to an audience.

“And so to come out of my small, little room and to be celebrated in a country that I love, with this wonderful award, is such a privilege, and I think you for awarding me this Governor General’s Performing Arts Award,” she said, clasping the medal and holding it near to her chest. “It truly means a lot to me.”