Guests of a patio launch party hosted by 1 Elgin Restaurant on Thursday needn’t have worried about that evening’s distant storm clouds; the brand new retractable roof system would have kept them well-protected had the weather taken a turn for the worse.

1 Elgin Restaurant, which is located at the National Arts Centre and faces the Rideau Canal, hosted the event as a way of introducing its innovative new structure, which replaced its old canopy covering. It boasts all-glass walls of guillotine windows that can be easily lowered for a full view of the sights. It’s also topped with a high-tech ceiling that can open or close at the push of a button. There’s a new tile floor, durable granite tables and eight ceiling-mounted infrared patio heaters – not that there was a need to turn those on, with the mercury pushing 30 degrees Celsius that day.

The project, which cost more than $700,000, will increase the restaurant’s capacity and allow it to keep its patio open for three seasons, or about six months longer than previously, said Nelson Borges, general manager of food and beverage at the NAC.

There’s also the possibility of having the patio running during the region’s annual Winterlude festival, when the ice skaters are so close that you can almost touch their pompoms from 1 Elgin Restaurant. 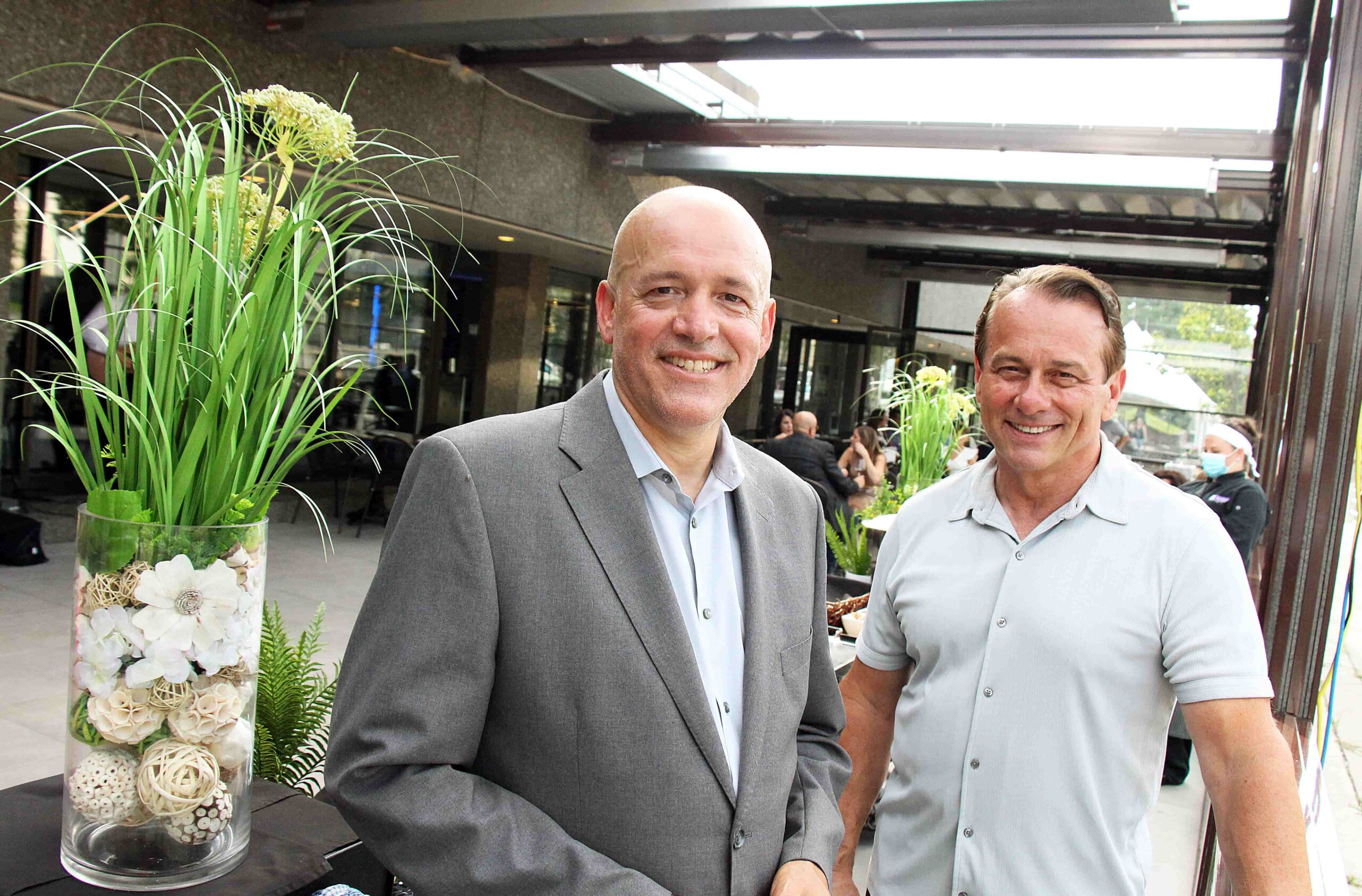 The upgraded patio space is about 2,000 square feet. While it currently accommodates some 120 guests, its seating capacity is expected to grow to between 160 and 180 once Ottawa comes out of the COVID-19 pandemic, said Borges. The NAC preparing to open back up for shows and special events soon, starting with a performance from the NAC Orchestra on Sept. 9. The restaurant is also in the process of bringing back as many employees as possible, after having to shut down during large chunks of the pandemic.

Borges was joined at the event by Marc Fortin, president and CEO of MyStation, an Ottawa and Gatineau-based business that specializes in patio furniture for hotels and restaurants. He personally managed the design, engineering and construction of the project, from start to finish, on behalf of his company.

“I’m pretty proud to build this wonderful patio – probably one of the best in the world – using some of the best technology,” said Fortin. “And, I’m pleased that it’s at such a beautiful dining destination in Ottawa.”

Most of the products used in the project were Canadian-made, he added. 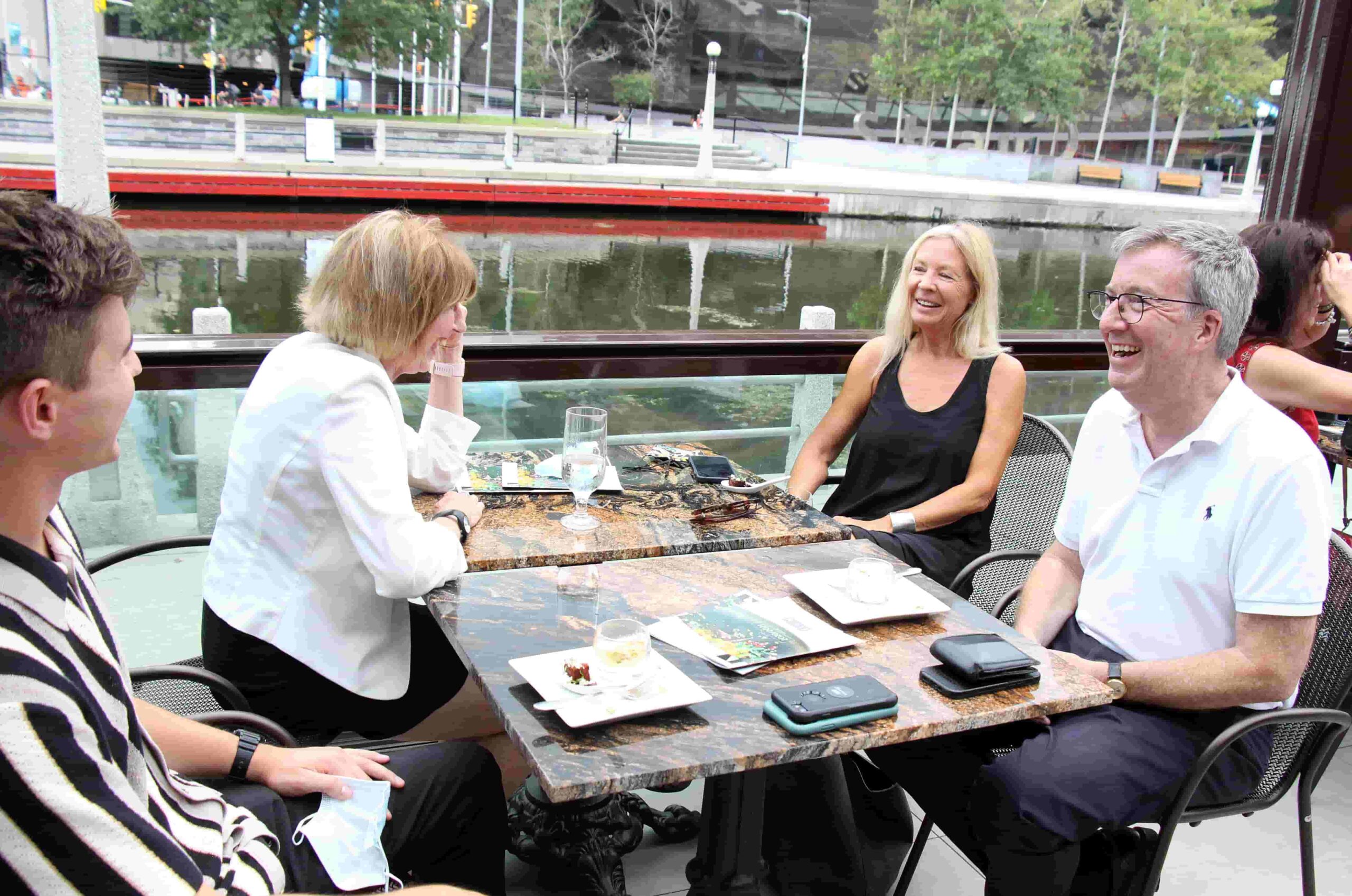 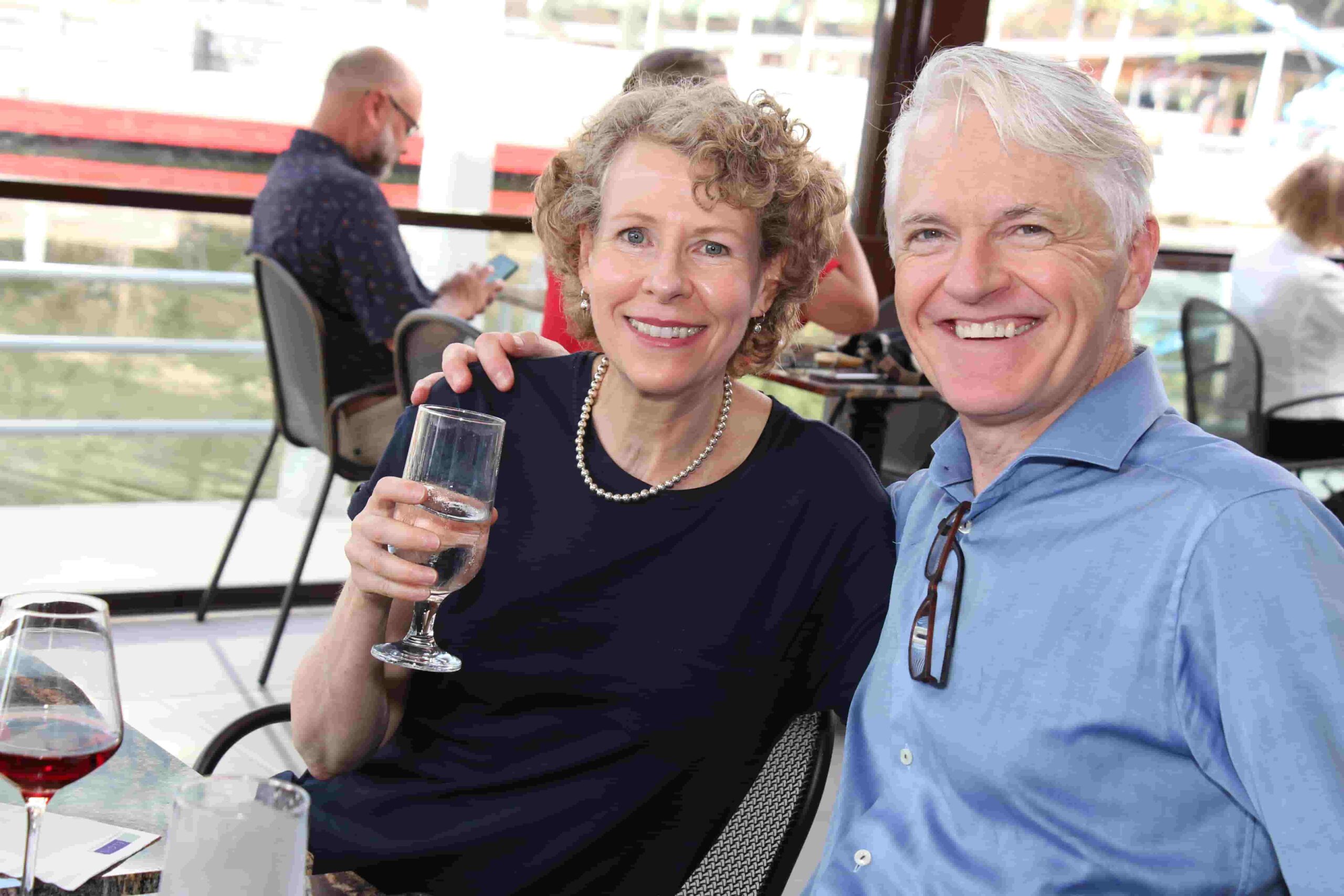 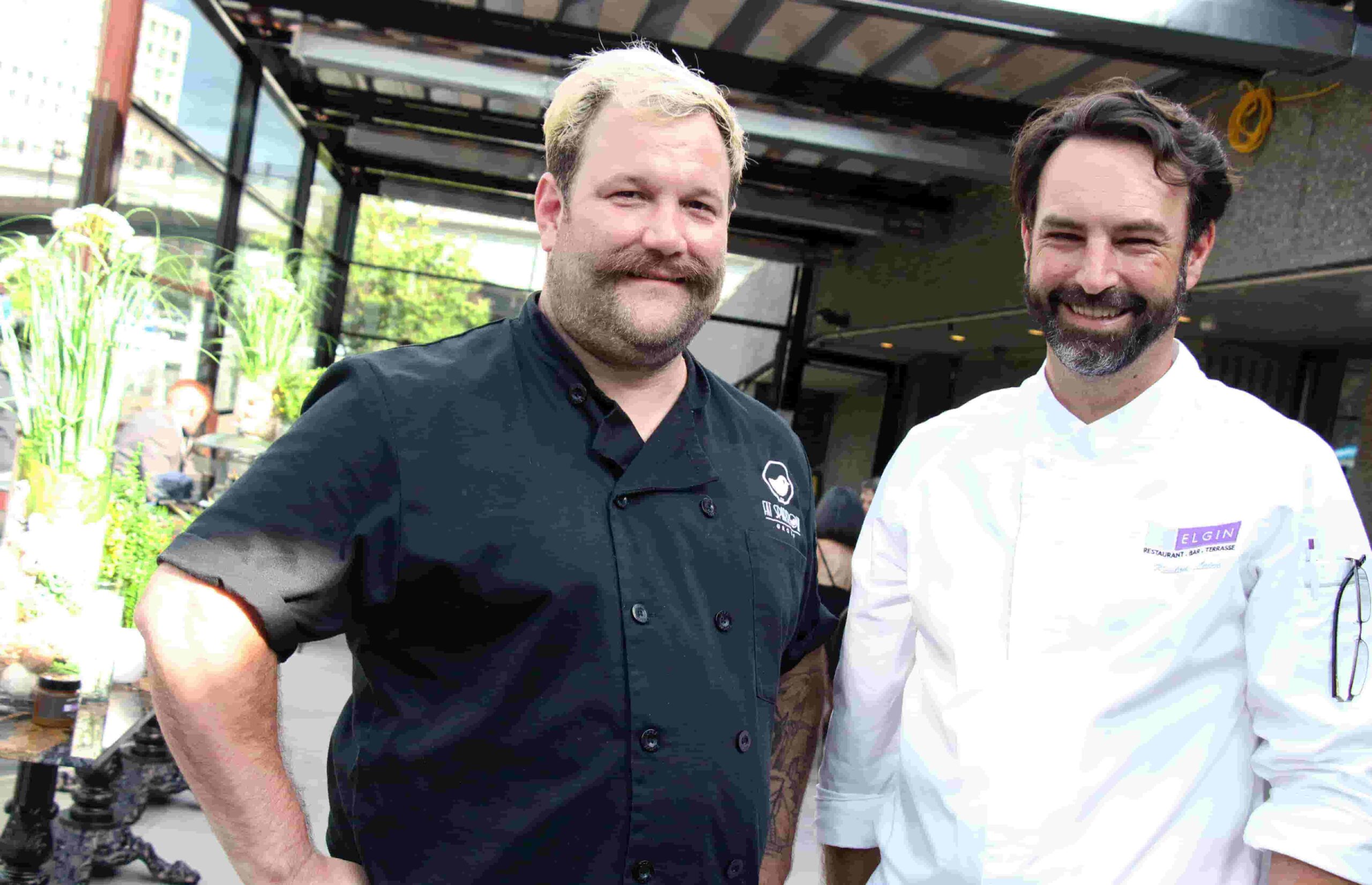 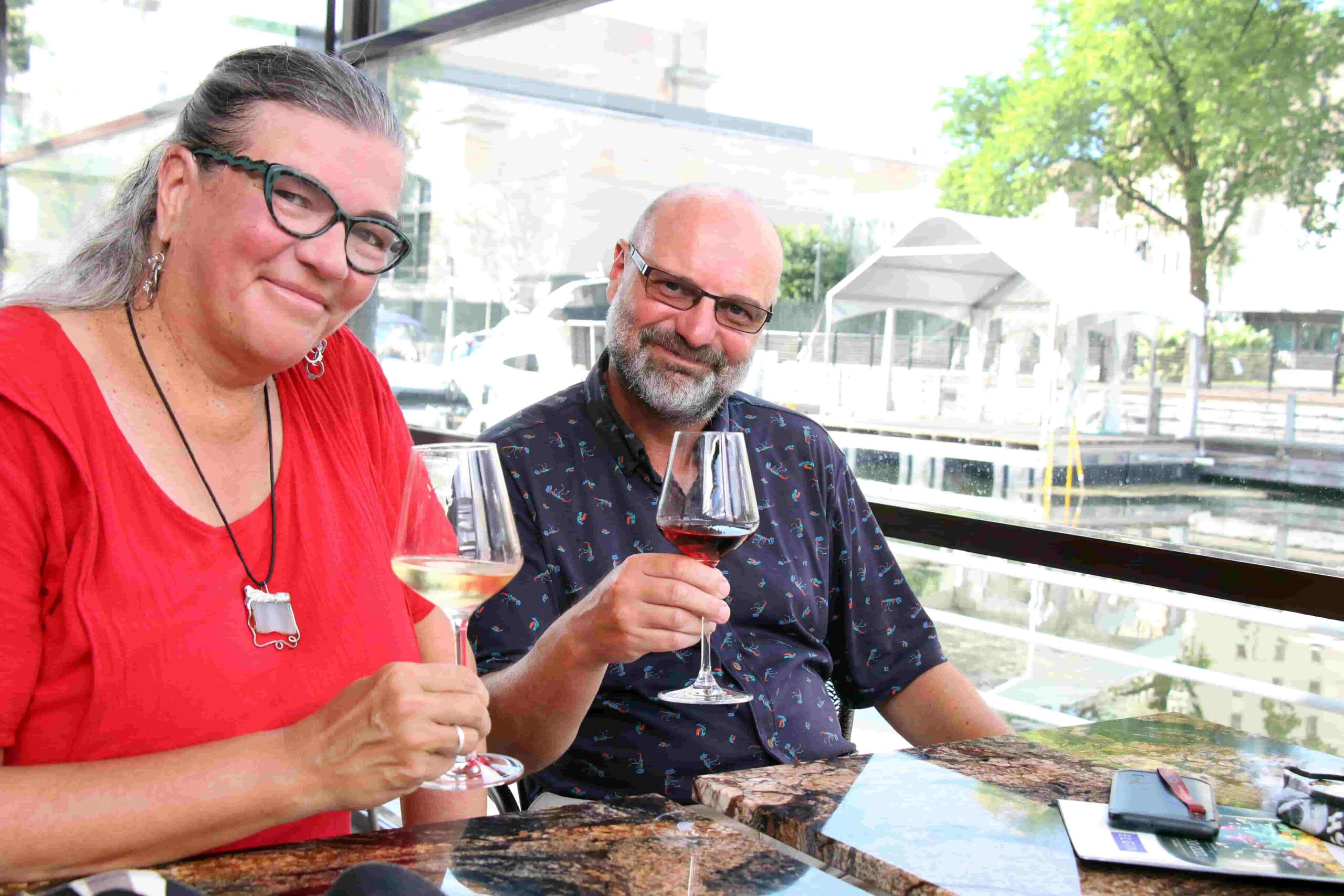 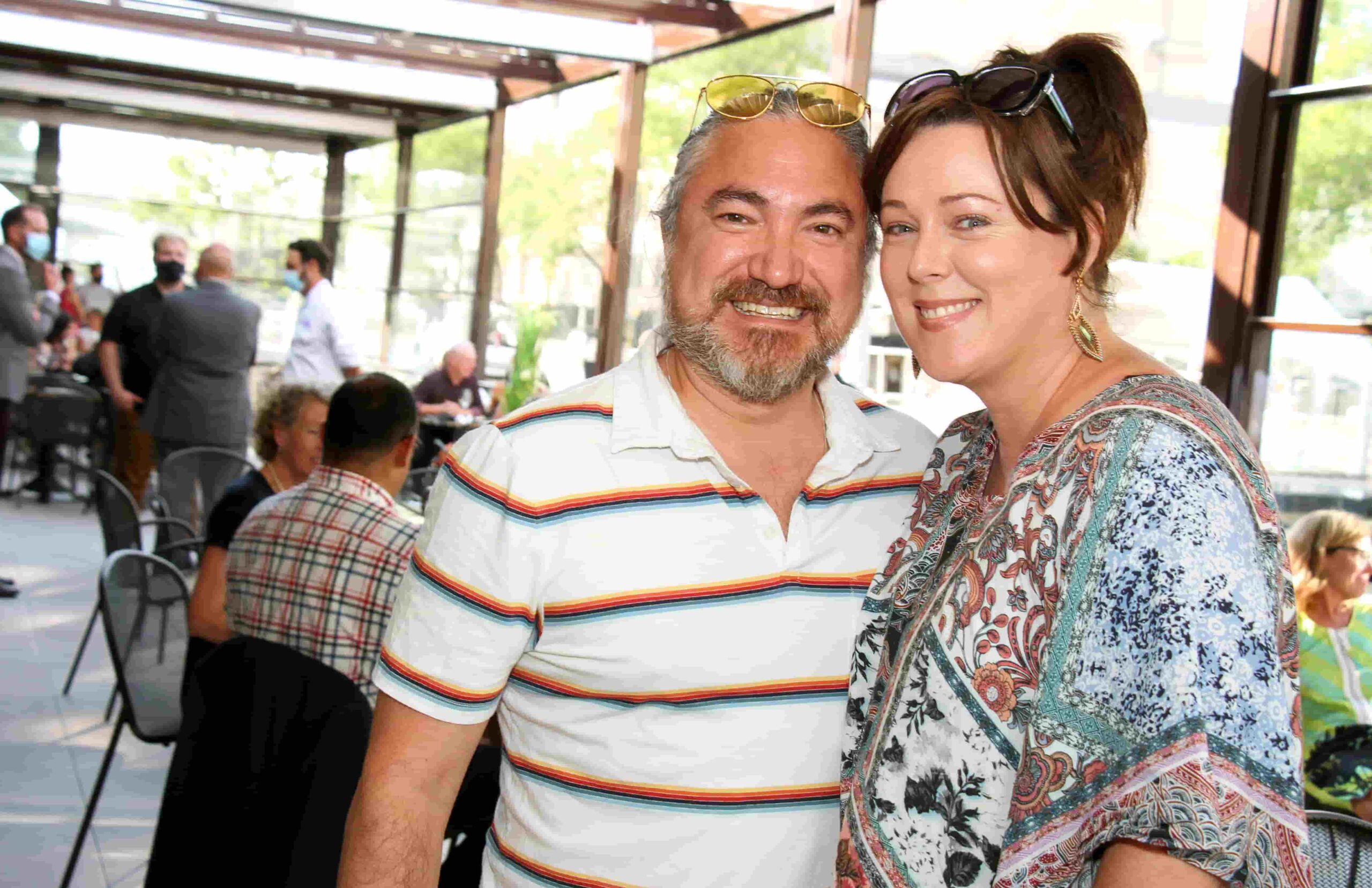 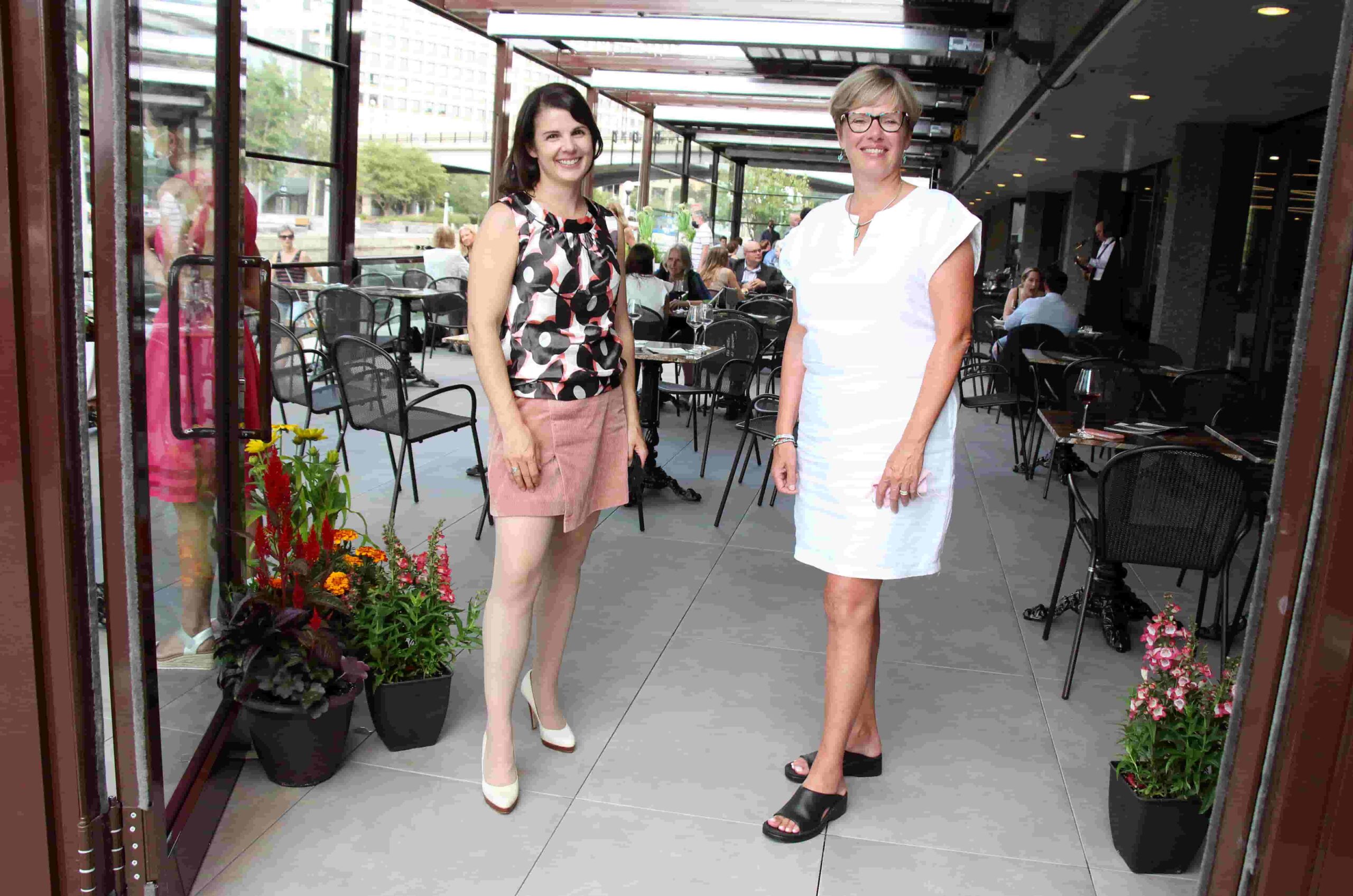 Guests wore masks into the restaurants but, once seated, could remove them to enjoy some beef tartare, smoked sweet potato flautas, tuna tempura, short rib sliders, coleslaw with celeriac, maple and aged cheddar, and basil-fed snails on tostadas, over a glass of wine or cool beverage. They were also entertained by live music from local singer and musician Dylan Holton.

The NAC’s culinary team has worked hard to showcase its restaurant as more than just somewhere to eat before catching a live performance at the national performing arts centre, said executive chef Kenton Leier.

“For the past two years, we’ve really focused on elevating the cuisine here. Not only in the restaurant but in the banquet spaces, as well.”

The NAC is also bringing back a tradition, created by the late and legendary chef Kurt Waldele, of nurturing young culinary talent.

That the restaurant is highly regarded on TripAdvisor, a popular travel advice and review website, is encouraging, said Leier.

“I think we’re on the right track and we’re doing the right things. And, we’re more modern than people give us credit for. We do have an older clientele for some of the shows, but we’re serving modern cuisine from some of the best chefs across the country.”

Leier was there that night with Waterloo-based guest chef Nick Benninger. He’s part of The Chef’s Table series of canal-side meals and concerts, organized in partnership with the team behind the RBC Bluesfest music festival.

Benninger and his wife opened their first mom-and-pop restaurant, Uptown 21, in 2008 and have gone on to build a culinary empire that now includes six restaurants, a catering company, a bakery, a butcher shop, three market stalls and a wholesale food producer.

Leier, who’s an accomplished chef himself but without a trace of ego, said it’s been “fantastic” to be able to bring other Canadian chefs, like Benninger, to the NAC.  “I love it because I get to work with all this different talent across the country. I learn new things from them they learn new things from me. It’s a win for all of us.”

The Chef’s Table series returns today and runs over six consecutive weekends. It features a farm-to-table feast collaboration between Leier and his guest chefs, paired with live music by local musicians performing on a nearby floating stage on the canal. Artists include the Duelling Pianos, Jackson Miles Trio, Renée Landry, Celeigh Cardinal, and The Commotions featuring Rebecca Noelle.