Light The Night’s virtual gathering will remember those touched by blood cancers, fundraise for research

Light The Night Ottawa founder Craig Peleshok can’t help but superstitiously rap his knuckles on his wooden office desk while talking about how he beat cancer. He does it because he would never want to jinx himself, not after doctors cured him of a rare form of leukemia almost 14 years ago.

“After I went into remission, the doctor said to me, ‘Do you know how lucky you are?’,” recalled Peleshok. “I said, ‘What do you mean lucky? I got cancer!’. He said, ‘You’re lucky that you came into the hospital when you did’.”

Had he waited any longer, the Ottawa man wouldn’t be here today. Nor would he be volunteering with The Leukemia & Lymphoma Society of Canada (LLSC), having brought its flagship fundraiser, Light The Night, to Ottawa.

The annual event raises funds for blood cancer research, along with programs and support services for patients and their families. While blood cancers are not as common among adults as, say, breast cancer or lung cancer, they remain the most common types of cancer in children. Fortunately, after decades of being considered a death sentence, survival rates are improving.

“I truly believe that if we find a cure for blood cancers, we’re that much closer to finding a cure for all cancers,” said Peleshok during an interview to talk about Light The Night 2021.

With September being National Blood Cancer Awareness Month, organizers are getting the word out that the fundraiser is back on Saturday, Oct. 23rd, with the hope that they can attract more corporate support. The event will be live streamed nationally so that Canadians who are immunocompromised, including those who are newly diagnosed or in treatment, will still be able to participate during the pandemic.

Organizers are hoping to revert next year to their regular format, which has participants walk at night in solidarity, with illuminated lanterns in hand. In Ottawa, thousands of people participate each year, completing a 5 km scenic route together. “It’s spectacular,” said Peleshok of the event, which has patients and survivors carry white lanterns, supporters carry red lanterns and those who have lost loved ones carry gold lanterns. 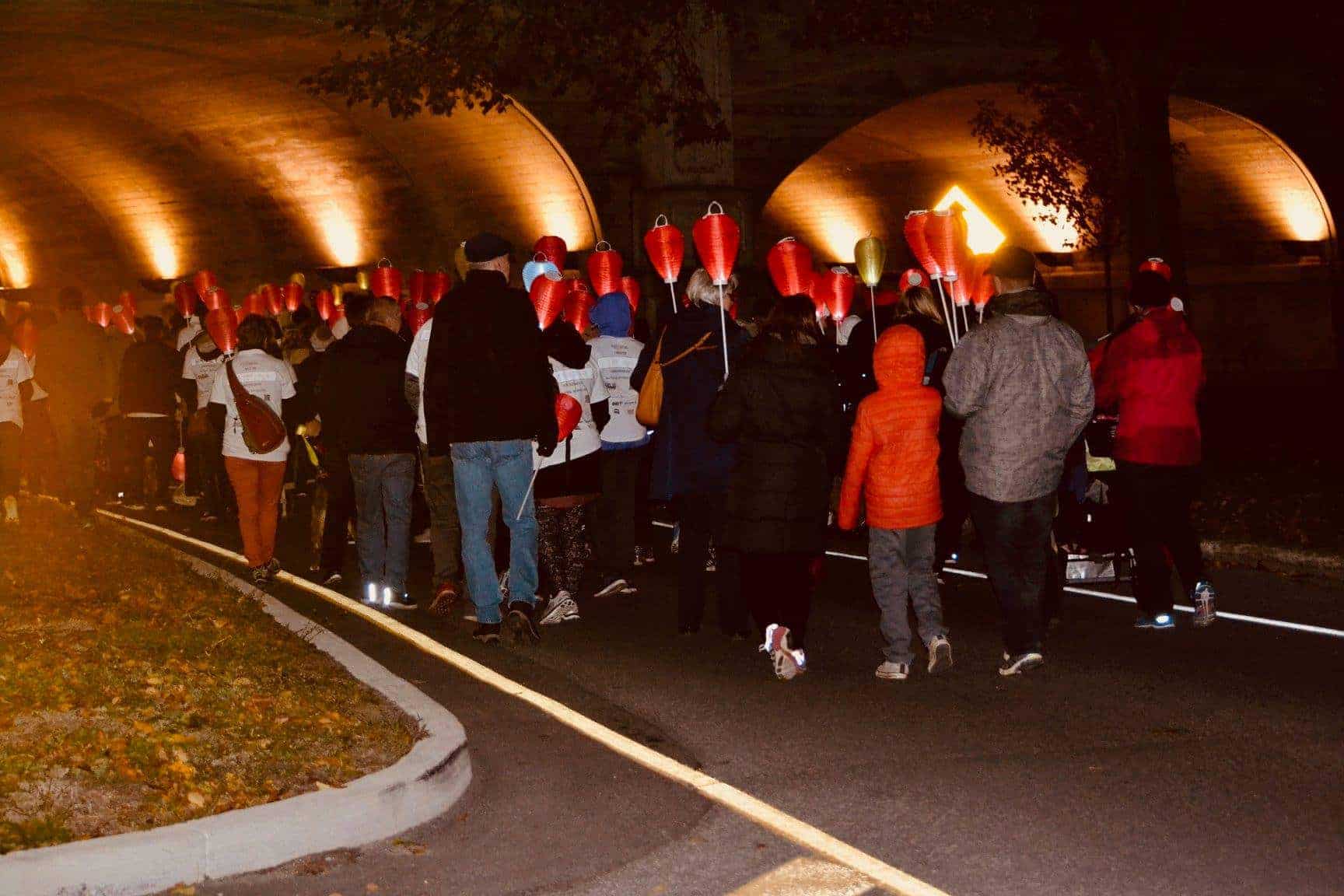 Peleshok is the general sales manager of Hunt Club Honda. He’s been working in the automobile industry for most of his life, starting at his family’s GM dealership in Oshawa when he was 12.

He first got sick in August 2008, at age 41. He’d been feeling under the weather all week. He had no energy even to help celebrate his twin daughters’ 15th birthday. “I could hardly lift the spatula to barbecue.”

His family convinced him to get checked out. He went to the General Campus of The Ottawa Hospital, where — once his blood test came back — his case quickly became a medical emergency.

Peleshok was admitted for more tests and, the next day, a bone marrow aspiration.

Said the doctor to his patient: I have good news and bad news. There’s no punchline here; Peleshok was diagnosed with acute promyelocytic leukemia, but his prognosis was very good, with a remission rate of about 90 percent. “I started inpatient chemo the next day.”

Five months later, Peleshok finished his third round of aggressive chemotherapy. He was cured. “The doctors told me I had a better chance of getting hit by lightning than having my cancer come back.”

Along with bringing the Light The Night walk to Ottawa in 2010, Peleshok has also served as a national board member with LLSC and has started support groups for patients and their families in Ottawa. Through his volunteer work, he’s come to know Dr. Mitchell Sabloff, a hematologist at The Ottawa Hospital and director of the leukemia program. “He’s just an incredible, incredible doctor.”

Peleshok said he’s often approached at Light The Night by participants wanting to thank him for his involvement. “I’m not doing anything,” he said, modestly. “I’m giving them hope, as somebody who’s walked in their shoes and come out on the other side.

“Not everybody makes it, and that’s very, very tough,” he added, before pausing to let his emotions pass. “I’m sorry, I get a little choked up.”

For more information about registration for Light The Night Ottawa, go to lightthenight.ca/ottawa.