All the long hours, stress and sacrifices that go into building a business or career finally seemed worth it for the 40 young entrepreneurs and professionals honoured at a business awards dinner held Friday at the Hilton Lac Leamy.

The 21st Annual Forty Under 40 drew a particularly large crowd of 675 to this year’s gala evening, organized by the Ottawa Business Journal and Ottawa Chamber of Commerce to recognize some of our city’s young bright talent.

The winners made their grand entrance into the ballroom, getting their swagger on to AC/DC’s Thunderstruck. They walked single file from the stage to their seats, a few of them with cocktail drinks still in hand.

Sophia Leong, executive director of the University of Ottawa Telfer Executive MBA program, kept it real during a quickie Q&A that she and Telfer’s dean, François Julien, did with OBJ publisher Michael Curran.

“Stay hungry but also stay humble,” she told the winners, passing along advice from one of her mentors, the late Adam Chowaniec. 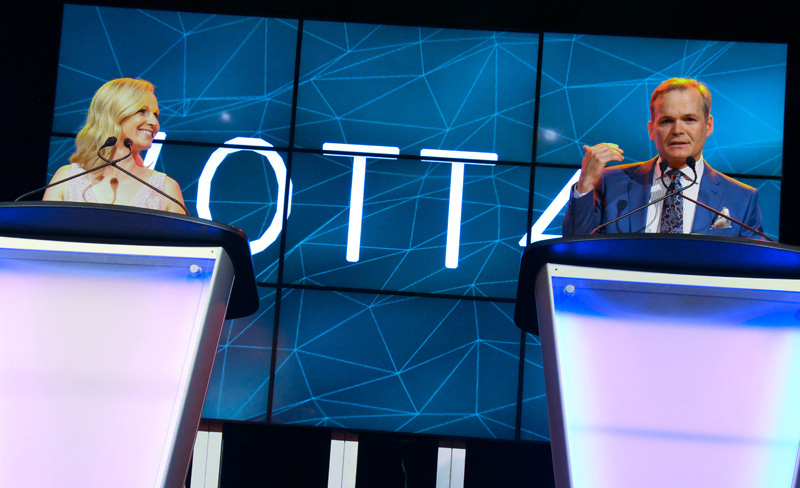 The awards, handed out intermittently throughout the night, are likely destined to remain in the public eye, whether it be on a recipient’s office desk, mantel or shelf.

“As long as it’s out of the reach of my two-year-old’s sticky fingers,” joked Forty Under 40 winner Julia Knox, 36, senior vice-president and chief purchasing officer at Giant Tiger, and the only woman on the executive team of the Ottawa-based Canadian company. The mother of two young children is also on the board of the Ottawa Regional Cancer Foundation and coaches her daughter’s cross-country ski club.

She, like all the winners with whom OBJ.social spoke, was honoured to have been selected as a Forty Under 40 winner. Just the application process alone was rewarding, she said.

For her, the best part of the Forty Under 40 experience was getting to know the other recipients, who come from diverse backgrounds and industries.

Shawn Malhotra, a vice-president at Claridge Homes, was at the awards gala with three tables’ worth of supporters, including his wife, Louise, with whom he founded the charitable Malhotra Family Foundation.

“It’s always nice to be recognized but I think it’s a product of the people who help support you and guide you through the whole process, and get you to this point in your career,” Malhotra told OBJ.social.

He was talking about his dad, prominent developer Bill Malhotra, who attended with his wife, Romina Malhotra, and a group of their friends. 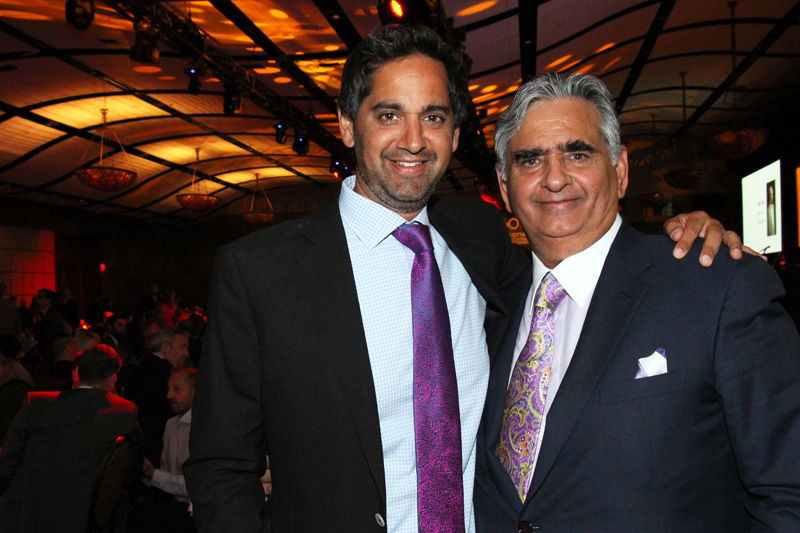 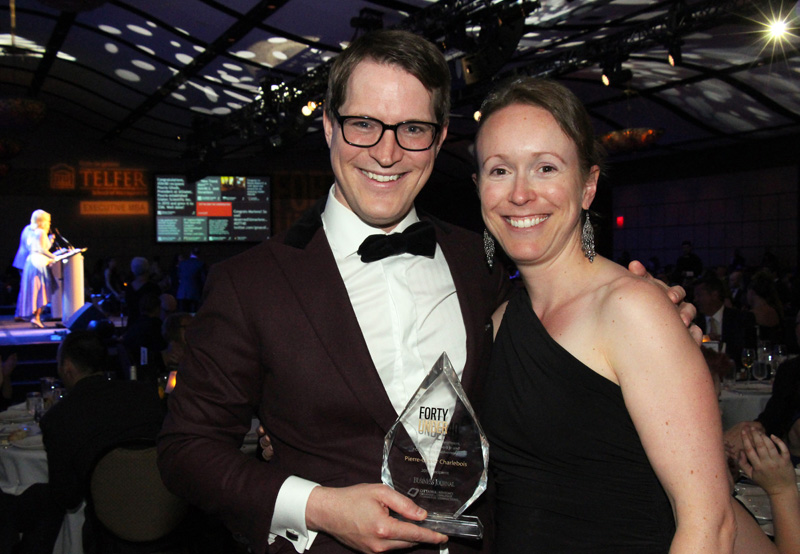 This year, more than 170 applications were submitted. They were narrowed down to 100 finalists for the judges to independently assess and rank.

I am really REALLY blessed to be surrounded by incredible people who push me to achieve and reach for the stars every day.

Thank you to my family, friends, mentors and colleagues – without you I would not be here today!#FortyUnder40 pic.twitter.com/xc8ddRiR29

Ottawa chiropractor Sasha Hamid, an associate at the Byward Chiropractic Clinic, nominated herself this year after not winning in 2017.

Her “nothing to lose” attitude paid off. Not only was she happy to have been chosen but she knew she was in the right profession.

“I can’t imagine doing anything else,” she told OBJ.social. 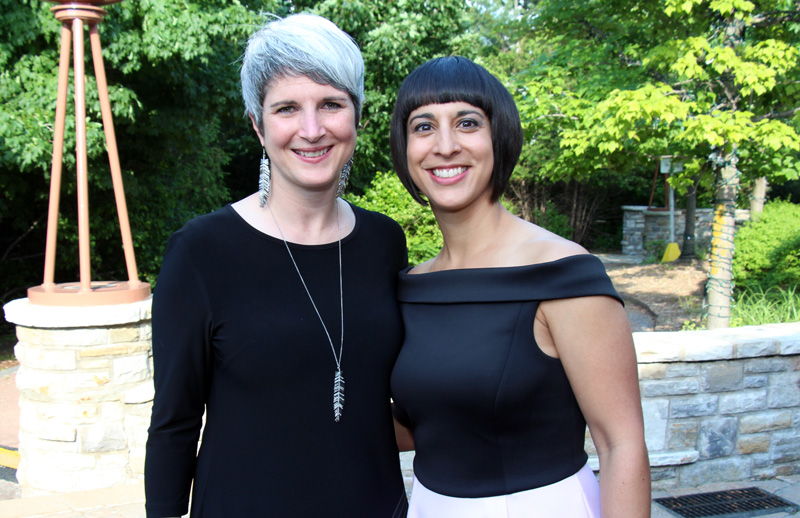 Many of the winners have already achieved great success in their careers during a phase of life that’s particularly demanding, whether it’s due to family life, volunteer activities or other commitments.

He puts in long hours during the week, and sometimes on weekends, too. He and his wife also have two children — a four-year-old and a six-month-old baby. So exhausted is del Cojo that, by nightfall, it’s not unusual for him to conk out while reading a bedtime story to his eldest.

Winning a Forty Under 40, added the Mexican-born entrepreneur, “makes it worth it; all the sacrifices you’re making.”

For Stayci Keetch, CEO and creative director of her own video production company, Eyes on Ottawa, the gala was a much-needed night out for her and her husband, fellow entrepreneur Alex Proulx. They’re also parents to two young kids.

“It’s nice just to be able to relax and enjoy myself and celebrate my accomplishments,” she told OBJ.social.

The gala turned out to be a date night that she’ll not soon forget; she and her husband won the raffle prize of two plane tickets to any of Air Canada’s destinations in Europe. 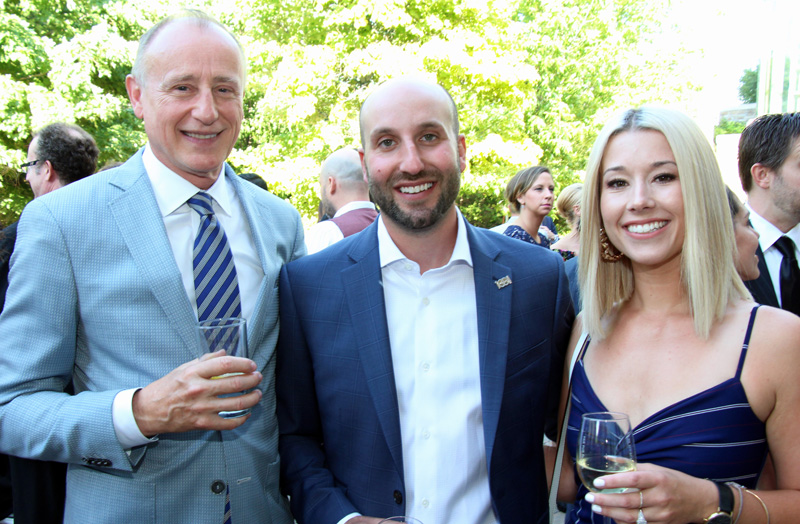 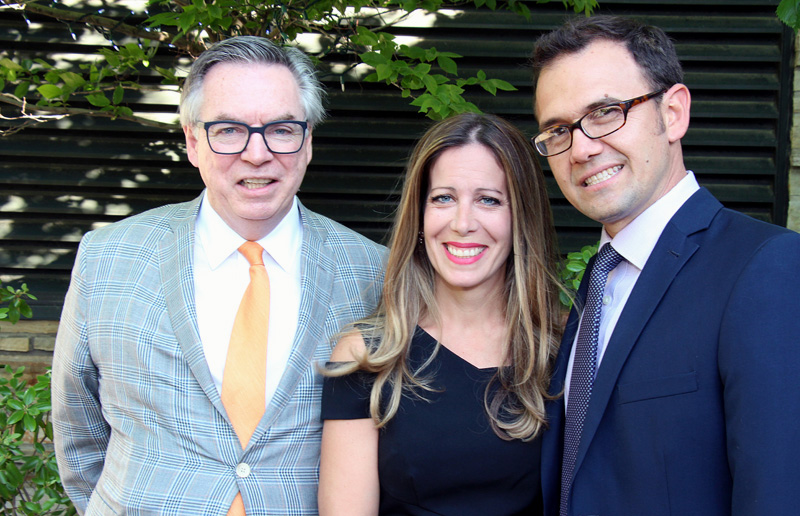