OBJ.social is supported by the generous patronage of Mark Motors and Sparks Dental. Read their stories here.

It’s back with a whole new name, look and feel but with the same passion for empowering young people to reach their full potential.

The new Ottawa-Gatineau Youth Foundation plans to stream its official ENCORE launch via social media Wednesday morning to get the word out: it’s here to help youth, both in Ottawa and Gatineau.

The 30-minute bilingual launch is being sponsored by Accora Village, owned by Ottawa philanthropist and businessman Dan Greenberg. The event is garnering support from business leaders, politicians and such former Ottawa Senators players as Erik Karlsson, Mark Borowiecki, Jean-Gabriel Pageau, Bobby Ryan and Kyle Turris, along with their respective wives.

Danielle Robinson remains president and CEO, after having been with the former Ottawa Senators Foundation for nearly 15 years ​– 12 of them as its top executive. The relationship between the former charitable foundation and hockey club officially came to an end July 31, after 22 years.

“With change comes new opportunity,” an upbeat Robinson said in an interview. “Change is difficult, for sure, but at the same time I feel like we’ve landed in a really good place. I’m really excited, and I think the community is going to be better for it.”

The organization will continue to boost young people’s physical health and mental wellness and provide post-secondary bursaries. It remains loyal in its support of Roger Neilson House, a pediatric palliative care facility located on the grounds of the Children’s Hospital of Eastern Ontario.

Changes include increased focus on Gatineau and the surrounding area in west Quebec and on youth social justice activities. On Oct. 7, the organization added eight new people, growing its board of directors to 16 members.

“It’s the most diverse board that we’ve had in our 22-year history,” said Robinson, a former Forty Under 40 recipient. 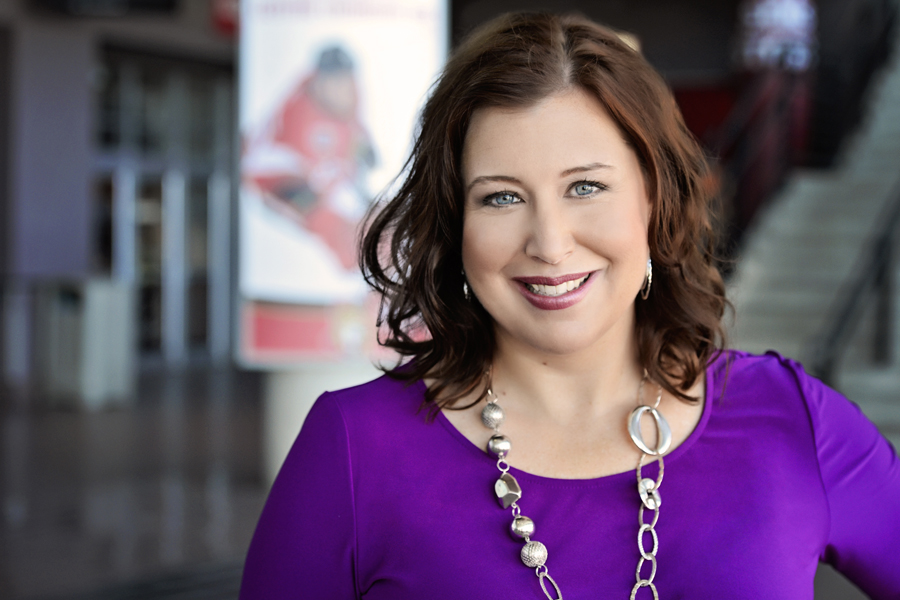 Ian Sherman, a tax partner with EY, is the new board chair, joined by past board chair Goldy Hyder, president and CEO of the Business Council of Canada, vice-chair Barbara Crook, director with the Danbe Foundation, and treasurer Roxanne Bouchard, vice-president and market leader with BMO Private Wealth.

The OGYF will announce Wednesday its plans to create a new youth leadership council. It wants to see young people involved in the decision-making process of awarding grants to grassroots projects.

“We’re making a concerted effort to put young people at the centre of everything we do,” said Robinson. “Kids really know what they want these days and are really empowered to want to drive change forward.”

“We had a terrific run,” said Hyder in an interview. “It was a 22-year ​– let’s call it a marriage. It was a 22-year marriage. It exceeded the average length of actual marriages, believe it or not. It was very successful. We have a very proud legacy and a very proud track record of serving the needs of the community over that period of time, and doing so in a very wonderful partnership with the Ottawa Senators Hockey Club.

“As is often the case in marriage, you reach a point of what I could describe as ‘irreconcilable differences.’

“We have effectively taken the high road and we’ve stayed away from the mudslinging or the he-said, she-said stuff because our focus is, frankly, on the community.”

The board of directors, in deciding to create a new entity and organization, took the time to examine the charitable sector landscape and see what other charities were accomplishing in the community.

“There’s no point coming out and just being one more organization trying to do what everybody else is trying to do,” said Hyder.

Since news first broke about the split between the Ottawa Senators Foundation and the hockey club, the public has been nothing but supportive and encouraging, said Hyder.

“We saw that response even from the former Senators players. They reached out to us, wanting to know what they could do to help.

“Even other organizations were calling us and saying, ‘You guys are going to keep going, right, because the community needs you in the role that you’re playing.’ That was really exciting.”

A joint statement was made by Bruce Firestone, Rod Bryden, Randy Sexton and Cyril Leeder, as the original group of local business leaders who brought the Ottawa Senators Foundation to life. They expressed their pride for the Foundation’s accomplishments over the years, as well as their support for the new OGYF.

“We wish them many more years of continued success with a vision of creating empowerment and opportunity for young people throughout the community – an ongoing vision that we support with enormous pride.”

The Ottawa Senators Foundation granted more than $35 million to nearly 400 charities in eastern Ontario and western Quebec over its 22-year history. It achieved a level of experience that “speaks volumes for when we launch this week,” said Hyder.

“We think money follows message, and we think the message is really strong.”

Hyder also said the organization is fortunate to have Robinson, who’s well-known, passionate about her work and an integral part of the community.

As well, he addressed the need to support youth now more than ever during the ongoing coronavirus pandemic. It’s taking a toll on the mental health of youth, who are having to deal with the loss of classroom relationships, graduations, college and university experiences and reduced work opportunities.

He said he often addresses these topics, not just with the Ottawa-Gatineau Youth Foundation board, but also in his role as chair of the Ottawa Board of Trade.

“We, as community and business leaders, need to walk the talk on these issues, and we plan on doing so.”

Sherman stressed that the organization wants to work with other local non-profit groups.

“Look, we don’t want to be doing this work on a competitive basis with other great charities in the region that support this kind of work for youth,” he said. “In fact, we think we’ll get to the place where we can be collaborative with many of these charities. You know, you’ve got the power of partnerships and what I’ve always called ‘the gift of Ottawa’ and this great community to perhaps pull some of these initiatives together. We’ll be stronger together.”

The Senators organization announced in August that it had hired former Sens player Chris Phillips to be executive director of its new Senators Community Foundation. Robinson says she reached out to Phillips and his wife, Erin, to congratulate them.

“They’ve been long-standing pillars in the community and they’ve done lots of great work,” said Robinson. “It’s certainly not our intent to compete. I think the community is big enough for both of us.

“I think if any charitable organization, any grassroots community group or any business wants to get involved to improve the quality of life for its citizens, that’s a blessing. That’s a blessing for all of us.

“We’re thankful for the 22 years that we had as the Ottawa Senators Foundation. A lot of amazing work was accomplished and it was only accomplished because of the community that rallied around our organization. We want to thank the community for that.

“We’re certainly hoping they’re going to continue on our journey with us under this new name. We’ve got a long track record of doing great work.”