The past couple of months for Espial have been huge. It began in June when the video experience software experts announced they would soon acquire the ARRIS Whole Home Solution, giving Espial access to an end-to-end cloud-hosted video service.

Fast forward to this past week, and Espial has launched its latest product based on the ARRIS acquisition: Espial Elevate. Add to that three new customers and plans to reach across the pond in 2017, and the Ottawa-based company is elevating to a whole new level.

Espial is a software company that designs viewing experiences and interactive platforms for video service providers such as Shaw as well as smart TV manufacturers including Sony, Sharp and Toshiba. 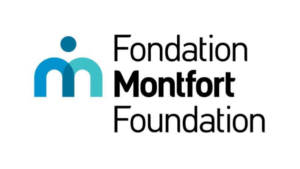 At Montfort Foundation, we secure the necessary funds to support innovation and the development of integrated care and services within Montfort and the Institut du Savoir Montfort, for the benefit 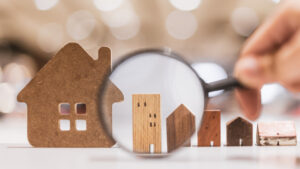 The forecast for Ottawa real estate in 2022

As Ottawa’s residential real estate market continues to break records and businesses pose the question of whether they will return to the office, the city’s real estate sector is poised

The company was founded in 1997 by Carleton University graduates Jaison Dolvane and Kumanan Yogaratnam, who remain with the company as CEO and CTO, respectively.

Heading into its 20th year, Espial is poised for big things thanks to its ARRIS acquisition. ARRIS, a multibillion-dollar US company that manufactures set-top boxes, has entered into a partnership with Espial. ARRIS can vend Espial’s software solutions to the operators it deals with, and Espial can build its solutions on ARRIS’s extensive network of cloud-hosted services with geo-redundant data centres and 24×7 support.

While Espial will continue to deliver its flagship G4 product to its customers who don’t need a third-party network of support, with the ARRIS Whole Home Solution forming the core of Elevate, Espial can also reach smaller operators with who don’t ordinarily have access to these resources.

“Smaller operators don’t have the luxury of having that large staff, facilities, 24×7 redundancy and all that,” says Jeff Huppertz, vice-president of marketing at Espial. “Smaller operators need a more turn-key, end-to-end solution.”

Smaller operators aren’t the only market Espial has its eye on. The ARRIS acquisition also opens up doors in Europe.

DVB broadcasting standards in Europe differ from those in North America, where Espial’s customer base largely resides. With ARRIS at the core of Elevate, Huppertz says the company now has the resources to adapt its product line to these standards and break into that market.

“One of our biggest goals with this new offering is to incorporate the video standards that are necessary to bring it out North America,” he says.

With its recent partnership at the base of a new product line, Espial is feeling especially confident heading into the new year.

“We’re able to combine the ARRIS Whole Home Solution with our G4 and our viewing experience software and put together what we think is a pretty world-class solution,” Huppertz says.