A consortium of developers that wants to build three mixed-use towers at the intersection of the Trillium and Confederation LRT lines is setting its sights even higher, raising the height of the tallest proposed building to 65 storeys.

Trinity Development Group, InterRent Real Estate Investment Trust and PBC Real Estate Advisors are partners in the plan to build three towers of 65, 56 and 27 storeys at 900 Albert St., across from the Bayview LRT station. Current zoning allows for a maximum height of 30 storeys on the 3.55-acre parcel of land.

City council’s planning committee will vote on the proposal at its next meeting on July 10. But the ward councillor, Catherine McKenney, has already weighed in, saying in a comment attached to the planning application that the proposed buildings are “overwhelmingly tall and out of scale” with their surroundings.

“This tower will neither complement nor respect its location,” she said, referring to the 65-storey highrise, which would be Ottawa’s tallest building and would include 60 floors of residential rental units on top of a two-storey retail podium. 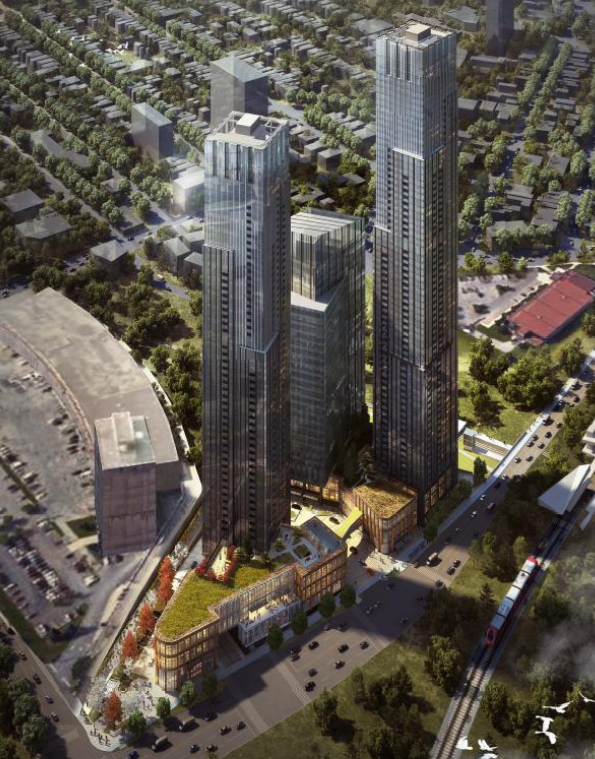 The developers’ original proposal – which was expected to cost in the range of $400 million – called for three buildings 59, 55 and 50 storeys featuring a mix of retail, commercial and residential space with up to 1,632 rental units.

Toronto’s B+H Architects and Seattle-based GGLO are the design team behind the plan. 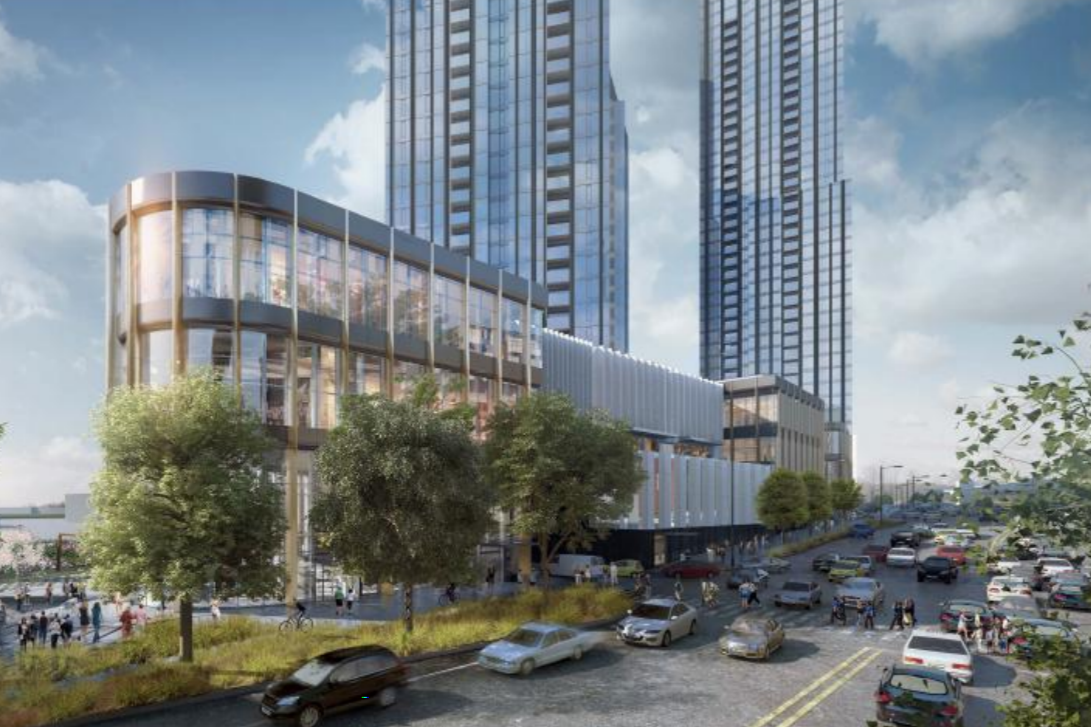 McKenney questioned whether the new residential complex would be suitable for families, saying the current plan lacks adequate leisure space such as parks and does not include a child-care facility. She expressed particular concerns about the south side of the development, saying the current design “offers little animated space and will not be safe for children.”

The Dalhousie Community Association also objected to several facets of the proposal, including the design of the south side, calling it “people-phobic.” It also cited “excessive parking” and the absence of affordable housing as other major concerns, but said it remained “optimistic that resolution of these issues can be achieved.”

The city’s urban design panel expressed reservations as well. Noting the “incredibly significant” proposed increase to permitted heights on the property, the panel is recommending the project be referred to the tall building design sub-committee panel for review.

In exchange for the increased height, the developers have agreed to contribute $975,000 worth of amenities to the project, as allowed under provincial planning laws. A pedestrian and cycling bridge over the Trillium Line south of the Tom Brown Arena would get $450,000, and the ward’s affordable housing fund would receive $525,000.

Initial work on the site began last fall, when several municipal water and sewer lines under the property were relocated. Late last year, council approved about $8.2 million in grants to the developers over 10 years under the city’s brownfields redevelopment community improvement plan to help offset the cleanup costs and development charges.

The project would feature the city’s two tallest buildings when complete. Ottawa’s tallest building is currently Place de Ville’s Tower C on Queen Street, which is 29 storeys and rises to a height of 367 feet. The building with the most floors is Minto’s 32-storey Metropole residential tower in Westboro, which rises up 354 feet.

Claridge’s 45-storey Icon condo tower is slated to eclipse both of those buildings at a height of 469 feet when it is completed.

The 900 Albert project is one of several major mixed-use developments planned for the neighbourhood surrounding the Bayview transit station. Last week, the city’s planning committee gave the green light to Claridge’s proposal to construct five towers ranging from 25 to 45 storeys on the eastern edge of LeBreton Flats.