Wolf Down, a new restaurant opening in Centretown this weekend, is taking a few lessons from the tech industry in bringing a German-style twist on a beloved Ottawa meat dish.

“It’s such a craveable food,” Wolf Down owner and founder Joelle Parenteau said of the döner sandwich, the restaurant’s signature menu item. “I had my first bite in Germany and…I immediately fell in love.”

Similar to shawarma, at least in terms of appearance and preparation, döner sandwiches are prepared by stuffing flatbread with spit-roasted, caramelized meat, fresh vegetables and a creamy, herbaceous sauce. The dish is a street food staple in Berlin.

Döner sandwiches were originally introduced to Germany by Turkish immigrants. Wolf Down’s version will be as authentic as possible, said Parenteau. The restaurant is using specially-ordered meat sourced from German expats that will be sandwiched between Art-Is-In Bakery sesame-crusted bread.

Döner meat is offered in several spots already in Ottawa, either in the traditional Turkish style or the “donair” version popularized on the East Coast. But Parenteau, a previous recipient of Ottawa’s Forty Under 40 award who started her career in the tech sector, believes Wolf Down’s lean, startup-style approach will set it apart in Ottawa’s food scene. 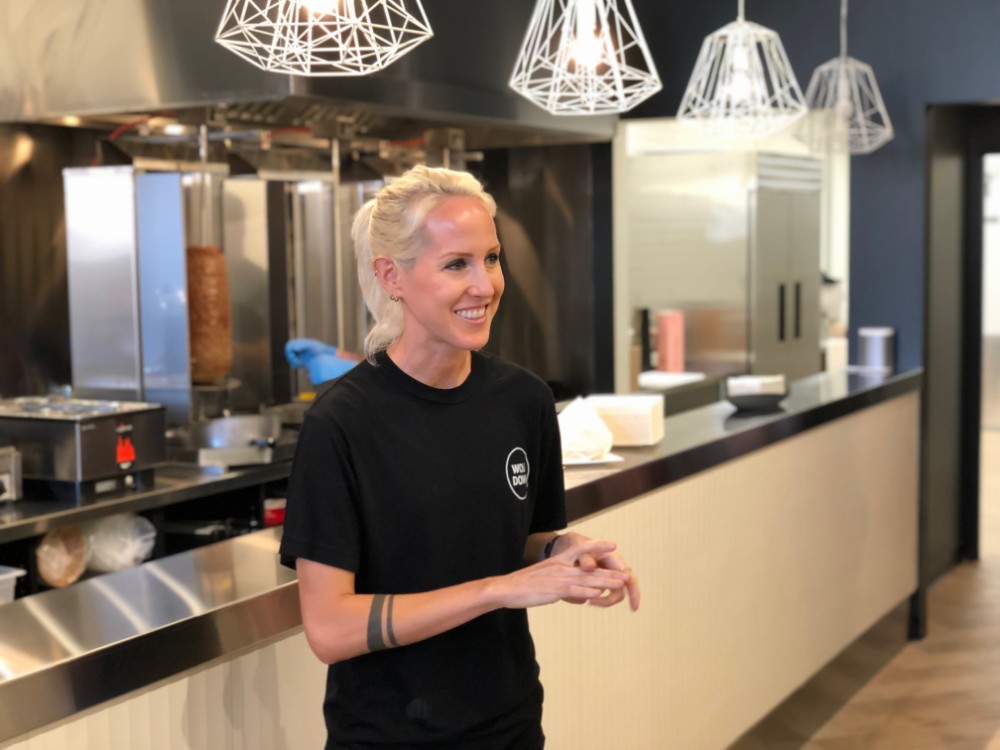 The restaurant is backed by the three co-founders of Ottawa commerce giant Shopify, who are German themselves. In fact, the idea to open a döner sandwich spot in Ottawa came from Parenteau’s travels with the Shopify team in Germany.

To complement Parenteau’s business acumen, she has partnered with Brett Arden, a former chef at Shopify, who handles the food-related elements of the business.

The tech roots of the restaurant don’t end there. Parenteau is bringing a startup mentality to her management style of the eatery, focusing on a hyper-specialized, lean operation.

“We want to do one thing and do it really well.”

Joelle Parenteau, owner of Wolf Down

“We want to do one thing and do it really well,” said Parenteau, motioning to Wolf Down’s menu, which, excluding toppings and beverages, features only three items, all of which are varieties of the döner sandwich.

“The more streamlined we can get it the better. It’s just smart business in terms of operational efficiency.”

Standing out from shawarma

Ottawa, sometimes called “the shawarma capital of Canada” based on the number of shawarma-serving spots in the city per capita, already has a well-established love affair with a meaty sandwich with Middle Eastern roots.

So, will Ottawa take a bite out of a döner sandwich when shawarma is already so close at hand?

Fadel Hosseini, owner of Shawarma King, only 100 metres away from Wolf Down, is “not worried at all” about the competition.

Hosseini describes Ottawa’s relationship with shawarma as “a match made in heaven.” He does not think döner sandwiches will supplant shawarma in terms of popularity in the city.

“Do I see Ottawa flourishing with over 50 or 60 of these spots?” said Hosseini. “Unfortunately, I do not.”

Parenteau is aware of the surface-level similarities of her German-style dish and shawarma, not that she’s overly concerned.

“We know there’s no escaping that comparison, especially in Ottawa,” said Parenteau. “But döner is as different from a shawarma as a gyro is to a taco al pastor.”

Nathalie Freynet, who is one half of the team behind the Ottawa food blog “Bytown Bites,” says that similarities between the two dishes may help Wolf Down attract customers. 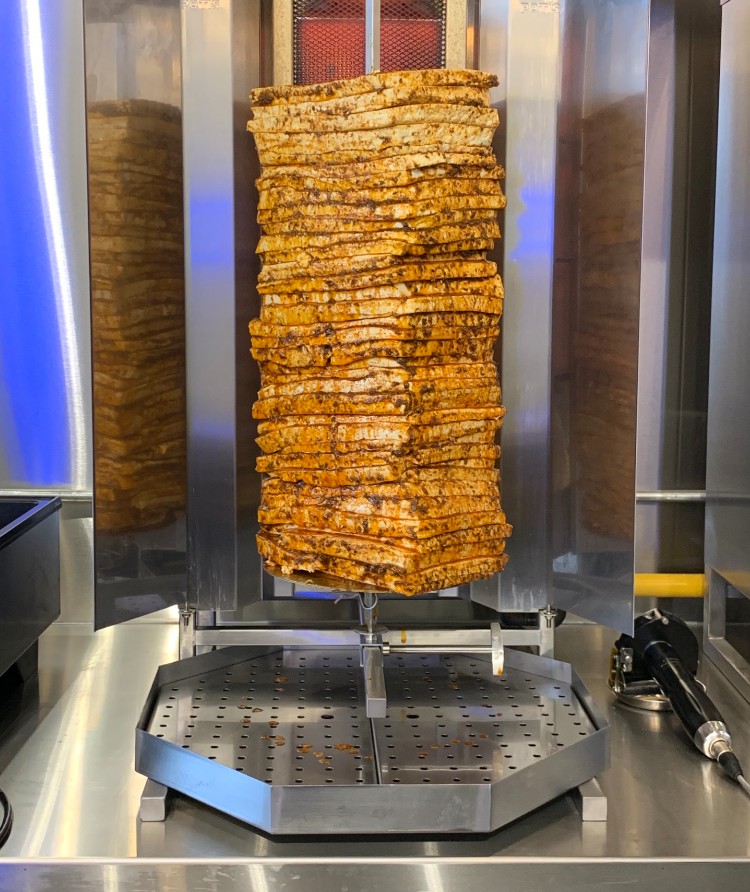 A vegan option will be offered at Wolf Down alongside its chicken and beef sandwiches. Prepared by marinating and spit-roasting tofu, the vegan alternative could be a major selling point, says Freynet.

“I think they’re aligning themselves really well with that,” said Freynet, who tracks food trends in Ottawa. She says veganism isn’t going anywhere and a vegan spin on a traditionally meat-filled sandwich will be quite popular.

Wolf Down also plans to target the late-night food crowd by staying open until 1 a.m. and later once the summer rolls in, said Parenteau.