In the spirit of alliterative sentences, Women, Wine & Wisdom really wowed the crowd.

And that’s including Treasury Board President Mona Fortier, who showed up to Wednesday night’s dinner at the National Gallery of Canada feeling a little tired.

“But, when I saw the energy in the room, wow, and I think everyone here tonight feels the same,” she said on stage before a crowd of nearly 240 people attending the special event hosted by the Ottawa Board of Trade in partnership with the Ottawa Business Journal. “I feel energized.” OBoT, which serves as the voice of business and a key advocate for economic growth in the nation’s capital, organizes with OBJ more than 25 business and community events a year. OBoT president and CEO Sueling Ching was on hand to officially welcome guests to the eighth Women, Wine & Wisdom dinner while candidly calling it her “favourite event of the whole calendar.”

OBoT board chair Ian Sherman and fellow members of the board attended. So did Gatineau Mayor France Bélisle. Guests mingled over cocktails before enjoying a gourmet dinner and panel discussion with Fortier; RBC’s recently retired executive vice-president of regional banking, Katherine (Katie) Dudtschak; and Erin Benjamin, president and CEO of the Canadian Live Music Association. Fortier first became inspired by politics when she was a 15-year-old volunteer leader with an organization representing Franco-Ontarian youth. She had gone down to Toronto to meet the late Marion Boyd, the education minister for Ontario at the time.

“That’s where it all started, the idea that maybe I could be her one day,” said Fortier, 50, who was born and raised in Ottawa.

The mom of three teens talked about her pre-political career of running her own business, of volunteering and of working as director of communications and marketing development for La Cité collégiale. They were all experiences that helped to prepare Fortier for the important leadership role she holds today, the room heard.

Fortier’s predecessor, the late Mauril Bélanger, encouraged her to run for politics in the Ottawa-Vanier riding. She did, and won in a 2017 byelection, becoming the first woman to represent the federal riding.

There came a point, however, when she had to choose between her political career and her marriage.

“I was still seeing myself sitting in front of Marion Boyd, wanting to be what she was,” she explained of her decision to remain in politics.

Fortier became the first and only minister of middle class prosperity, as well as associate minister of finance, before Prime Minister Justin Trudeau appointed her in 2021 as president of the Treasury Board, employer of the federal public service.

“Since then, believe me, every morning I pinch myself.” Dudtschak’s story of finding her true self was remarkable. She had been, until her retirement this past Monday, the boss of Marjolaine Hudon, regional president of RBC. Not only was the bank a major sponsor of the event but more than a dozen representatives turned out, with Dudtschak calling them all her “RBC family”.

“They will always be my family because not only did we do great work together, they were also at my side during the most vulnerable, difficult period of my life, when I came out to the world as ‘Katie’,” she said.

Dudtschak shared with her audience her “little boy” years of building forts and of riding over jumps on his bicycle, admitting that she would have much preferred to skip rope with the girls or fashion clothes out of tissue paper for Barbie dolls.

“I became fiercely, fiercely determined that I was going prove to the world that I could be the perfect banker, the perfect spouse and have the perfect family,” said Dudtschak, who reached a point, once her four kids were older and she neared midlife, when she was ready to love and embrace her true gender identity.

She touched on the experience of coming out to the 25,000 employees in her division, and of the love and kindness that she received in return. There were “countless people” who wanted to share with Dudtschak their own personal challenges in life.

Dudtschak, a former resident of Ottawa, was a Forty Under 40 recipient in 2004. Three of her kids were born at the Queensway Carleton Hospital. It’s common at Women, Wine & Wisdom for speakers to suffer from hard-act-to-follow syndrome. Benjamin, who was the last of the three women to share her career journey, showed clear signs.

“I’m good. Shall we just call it a night?” she joked after Dudtschak was done talking.

Benjamin was a musician singer-songwriter long before she became the inaugural leader of the Canadian Live Music Association, which was created in 2014.

Back in 1996, she had won a songwriting contest that saw her tour a bunch of festivals throughout Ontario. This experience led to her joining the board of Folk Music Ontario (formerly Ontario Council of Folk Festivals), which led to her accepting a small job on one condition: that the role be renamed ‘executive director’.

Benjamin grew the dinky organization, with its 75 members and annual budget of $30,000, to 1,500 members with a half-million-dollar budget.

The mother of two said it was her plan, when she applied to be CEO of CLMA, to bring the live music industry together.

“What I learned through the dawn of the Canadian Live Music Association was they really did have distinct needs. They lacked a united voice. They had incredible potential as a community and, ultimately, the folks who make live music happen in this country are as integral and elemental and important to our quality of life as any other natural resource that we value as Canadians.”

Throughout COVID, Benjamin has distinguished herself as a champion for the music industry.

“The No. 1 question I get asked is, ‘Oh, you must be so happy that live music is back?’. We are glad that we are open but we are not back, and it has been an incredible test of resilience for all of us, not just the leadership.”

The theme of loving one’s authentic self was echoed in Benjamin’s comments.

“What I learned through COVID is that the whole point of being on this planet is to help each other,” said Benjamin, who’s also on the board of the Ottawa Board of Trade as well as the Ottawa Film Commission.

During the pandemic, Benjamin produced from home a weekly live music show featuring well-known Ottawa pianist and singer Dave Kalil. It was live-streamed to audience members everywhere, raising more than $200,000 for local charities to date. 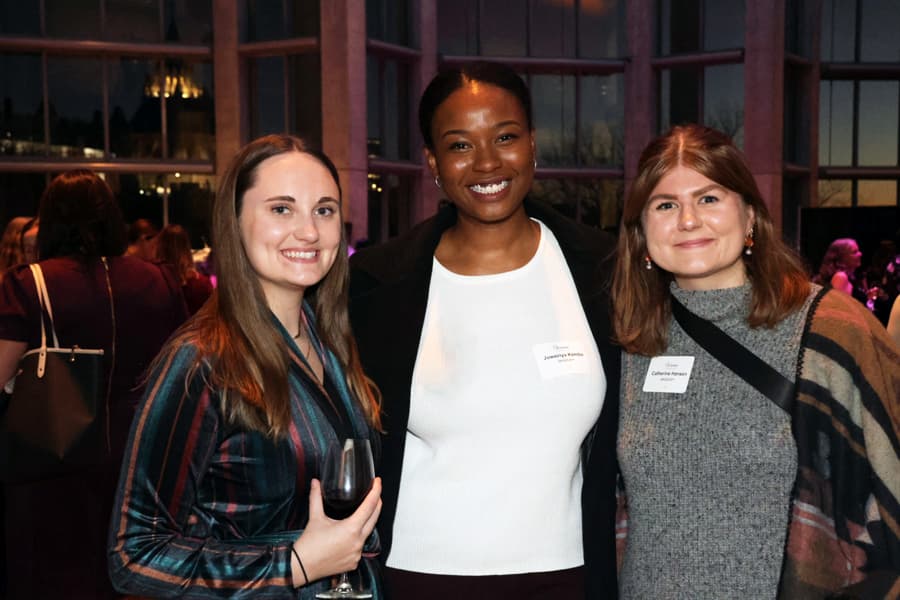 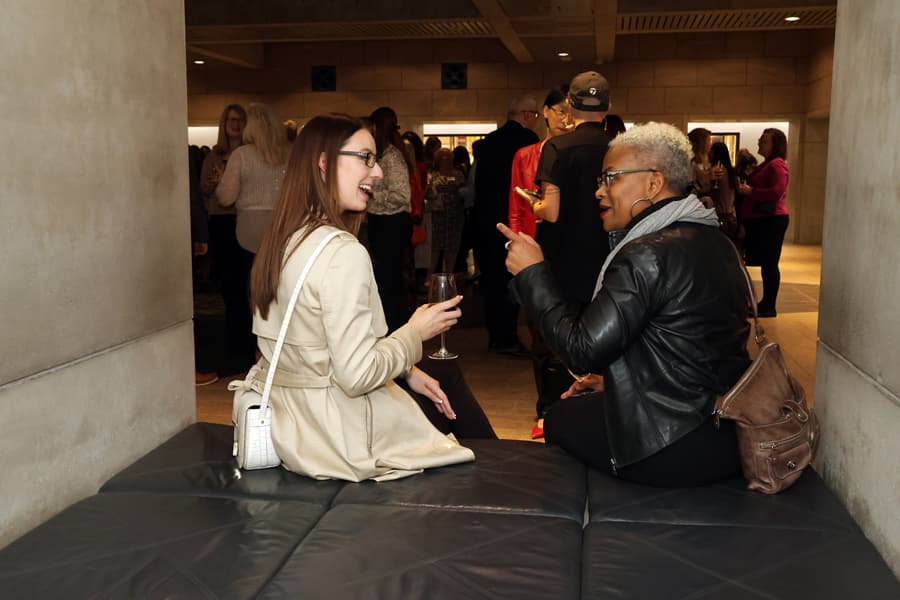