Soirée Salus, an annual gala for community mental health services, has come a long way over these past five years, growing from a small, grassroots gathering into a fundraising tour de force.

The sold-out benefit was back Thursday at the Embassy of France, a gorgeous Art Deco-style building that overlooks the Ottawa River.

The evening easily surpassed last year’s success, bringing together a crowd of 300 supporters and raising more than $153,000 for Ottawa Salus, a non-profit organization that provides affordable, supportive housing and support services to people living with serious mental illness.

Currently, the wait list for a Salus unit is 800 names long, meaning that it can take eight to 10 years for an individual to get into a residence.

The evening, hosted by French Ambassador Kareen Rispal, featured some of Canada’s most friendly faces, from former governor general David Johnston to hockey hero Daniel Alfredsson to former prime minister Joe Clark to energetic entrepreneur Harley Finkelstein. It also included one of Ottawa’s most generous philanthropists, Shirley Greenberg. She was the platinum sponsor, along with the Bell Let’s Talk mental health awareness program.

Just like a true business executive, Finkelstein — chief operating officer at Shopify — commanded the room’s attention in his role as emcee. His wife, Sundae School owner Lindsay Taub, sits on the board of directors at Salus. She’s also expecting their second child in early February, as was evident by her growing baby bump.

Keeping a more low-profile at the party was Shopify CEO Tobi Lütke. He was joined by his visiting mom, Cornelia Hoffecker, to whom he bears a striking resemblance.

On hand were Ottawa Salus’s executive director, Lisa Ker, and board chair, Paul Taylor, senior associate at BLG. As well, Fiona Murray and Camille Therriault-Power were back to lead the large volunteer committee that put the impressive evening together.

Town crier Daniel Richer added pomp and circumstance as he dramatically summoned the crowd upstairs to the Grand Salon. Once there, everyone listened to a few speeches before taking in an entertaining live auction led by Finkelstein. So outgoing is Finkelstein that he was wearing the town crier’s fancy period hat by the time he reached the third and final auction item. 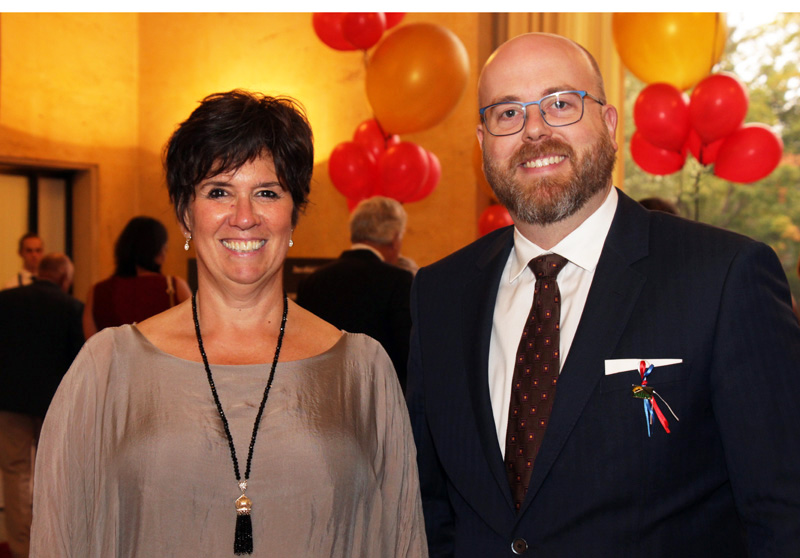 For the past 10 years, Alfredsson has leveraged his fame as a sports celebrity for the greater good by getting people to talk more openly about mental illness. His personal involvement was spurred by seeing his sister formerly struggle with generalized anxiety disorder.

The former captain of the Ottawa Senators said the public should never be ashamed to talk about mental illness. It’s only by accepting and understanding mental illness that the barriers of stigma and discrimination can be broken down. “I think it’s more a strength to share, and to share experiences. The more open we are, the more we can help each other.”

As well, the native of Sweden talked about Ottawa as a caring community. It was a factor in his family decision’s to make the city their home. He made a point of singling out Johnston and his wife, Sharon Johnston, for being such wonderful role models and advocates for mental health.

By the way, Alfredsson arrived to the gala on his bicycle. He lives just minutes away from the embassy.

Alfredsson donated to the live auction the choice of playing a round of golf or holding a two-hour hockey practice with him. It sold for $11,000 to David Appotive from the family-owned business Howard Fine Jewellers on Sparks Street.

Alfredsson also threw in a game of tennis to be played with the highest bidder (Finkelstein, being the good sport that he is, offered to pay the après-tennis bar tab). It sold for $4,000 to Sanjay Shah, president of ExecHealth.

But, Shah generously donated the item back so that it could raise even more money. It sold again, but this time to Finkelstein. It was comical to hear him enthusiastically holler at the podium: “$3000 going to me once, $3000 going to me twice, sooold to me for $3,000!”

The ambassador told everyone how Soirée Salus is a highlight of her fall season. She’d only just arrived to Canada when she hosted her first Soirée Salus last year. “I’m very proud to support Salus,” said Rispal, who spoke good-humouredly about how the soirée has served to introduce her to so many new people. She’s been constantly bumping into them — usually on Saturday mornings at the grocery store, when she’s admittedly not looking her best.

Rispal kept up the tradition of donating a dinner at the embassy to the auction, but decided to grow it to 20 guests instead of the usual 10. Alfredsson again pitched in, agreeing to show up and break bread with the crowd.

The dinner sold to well-known Ottawa philanthropist Gary Zed for $13,000. 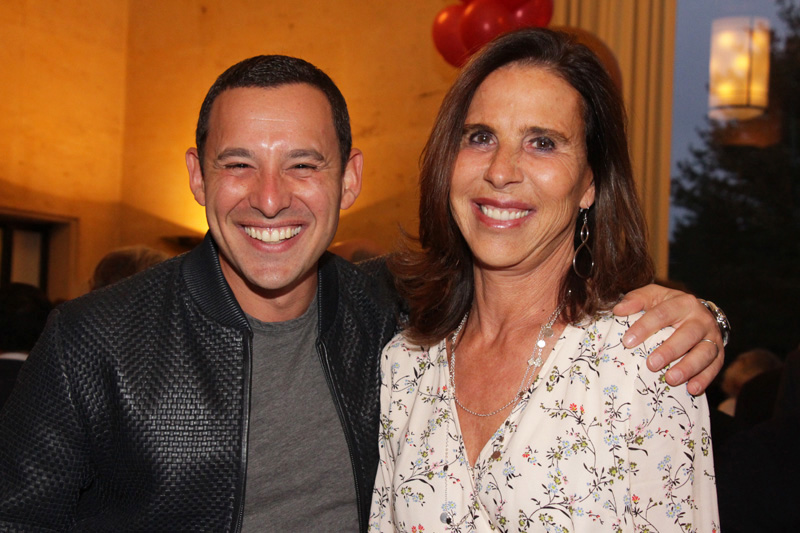 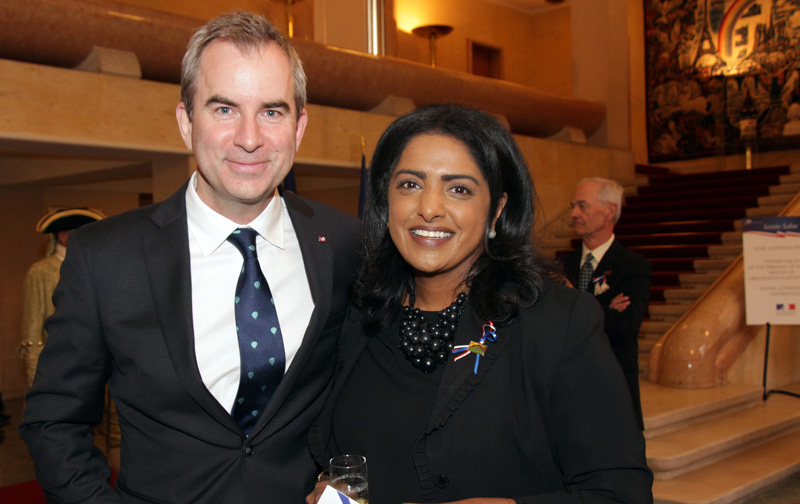