When Karen Secord used to hear the word “innovation” she would often think of high tech, satellites and even that famous futuristic cartoon family, The Jetsons.

“Now I know innovation is far more than that,” the manager of the Parkdale Food Centre told guests of the official launch of its social enterprise, Growing Futures, held Thursday at the new Innovation Centre at Bayview Yards.

The food centre is working with Ottawa businesses, community partners and school children to plant, grow and harvest fresh produce, using innovative indoor systems before selling the produce to the local foodservice industry.

Secord came up with the idea after being selected to participate, in late 2015, in a unique residency on economic equality at the Banff Centre for Arts and Creativity.

Now, the food centre is looking to expand the initiative. In honour of Canada’s 150th anniversary, the PFC wants to install 150 of its garden towers and garden walls around the city. It’s put out a call for more sponsors, business partners, harvesters, mentors and spaces, such as schools, community centres and office buildings.

Mayor Jim Watson, who called Secord a visionary, committed to buying five of the garden towers, while Kitchissippi Ward Coun. Jeff Leiper praised the non-profit for changing society’s perception of what a food centre should be. 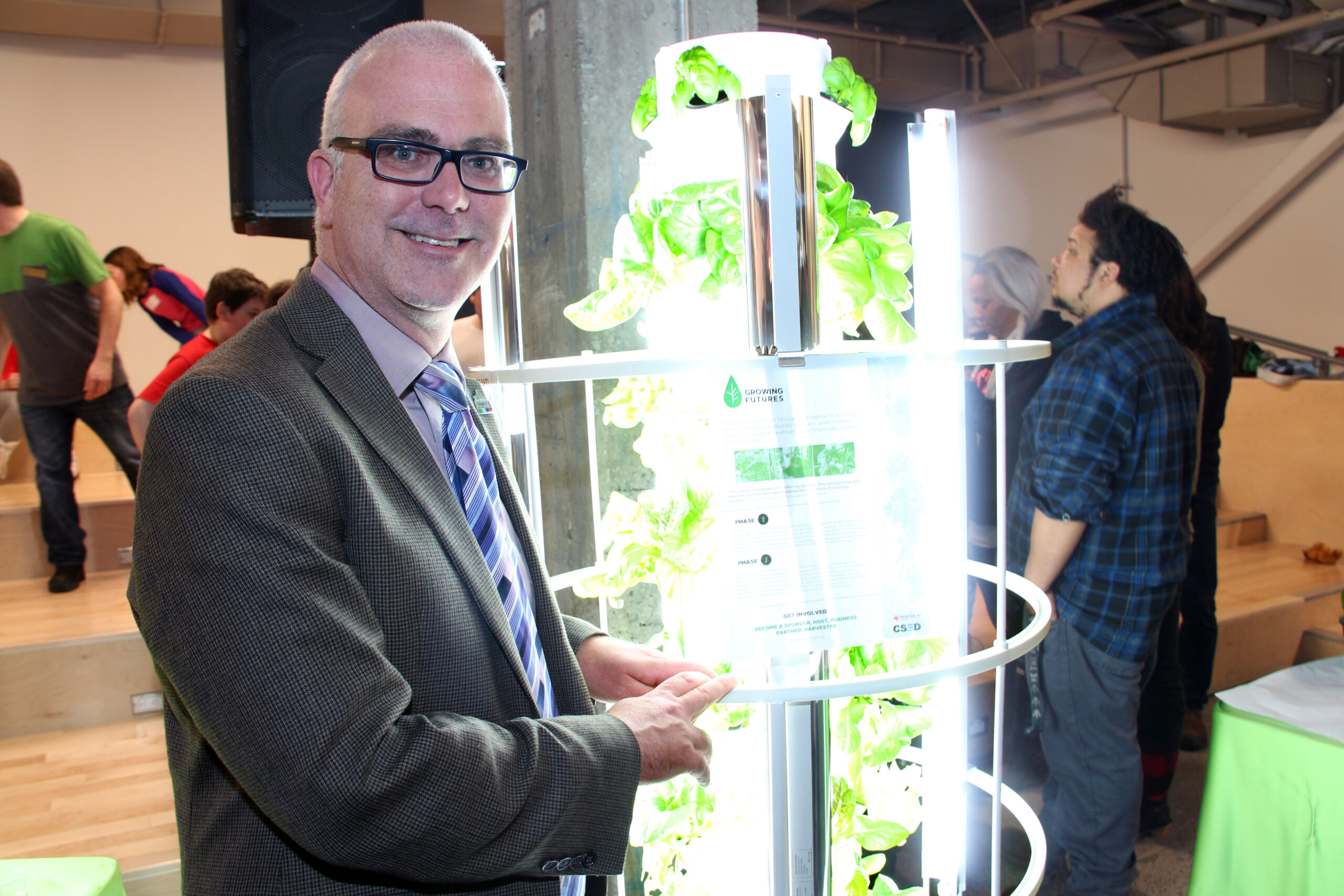 “I think those of you who have visited the PFC know that when you walk in there, a lot of the traditional lines between client or volunteer or staff or neighbour have been completely broken down,” said Leiper. “It is a new model for how you work with the community, not just to help give people access to healthy food, but to help people build skills and to build our community at the same time.”

The PFC, which provides emergency food aid to individuals and families in Hintonburg, Mechanicsville, Civic Hospital and Wellington Village, will be honoured with a Community Builder Award from United Way Ottawa at its gala awards dinner next month.

In the crowd were many of the business partners, including Carley Schelck, partner and CEO of The Urban Element; Doug Pawson, executive director of the Centre for Social Enterprise Development (CSED); and Thyme and Again Creative Catering owner Sheila Whyte. 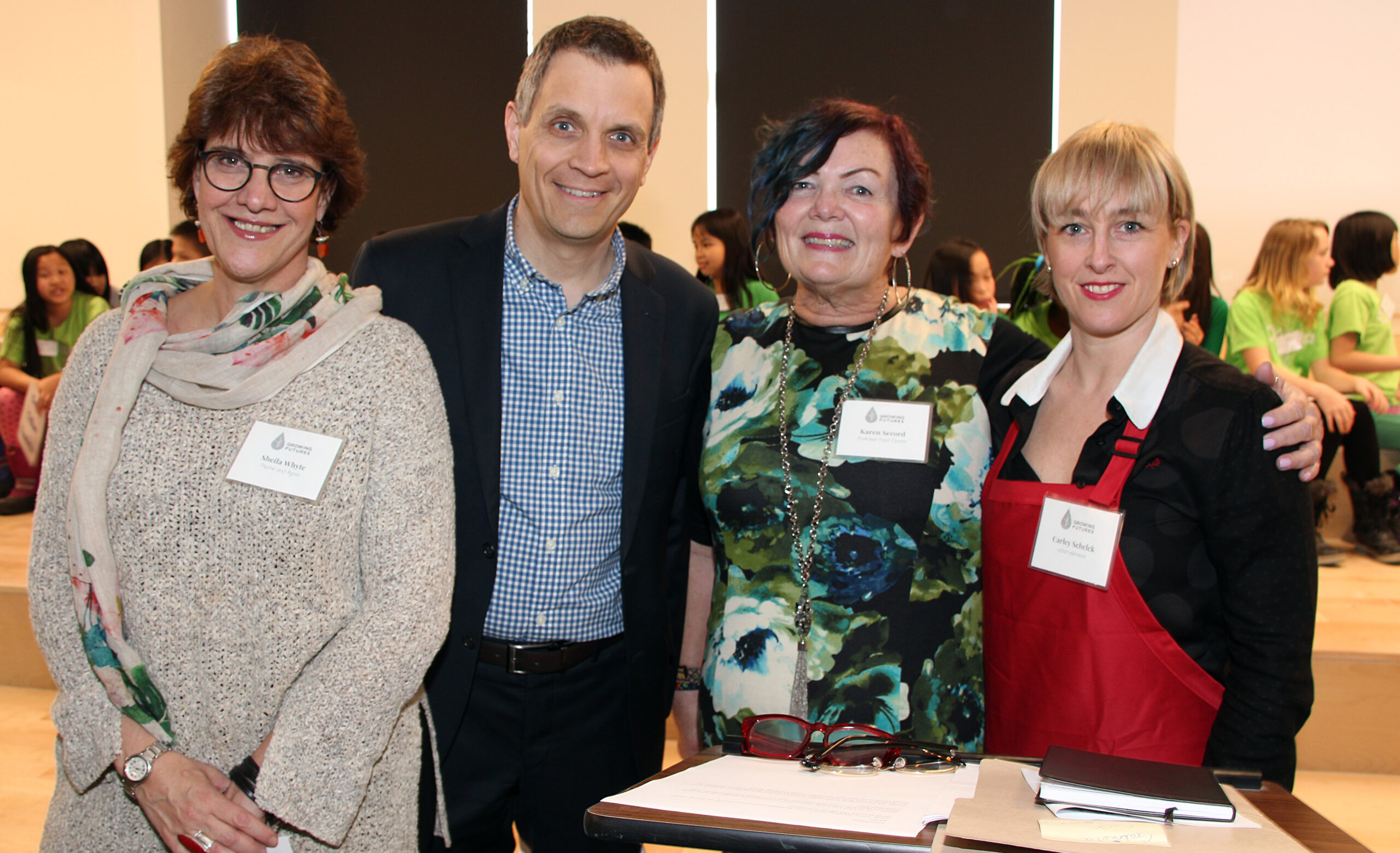 Whyte has been selling pesto at her take-home food store made from basil grown by kids from Growing Futures. A jar was gifted to our bachelor mayor, who admittedly has to first fix his broken oven range before he can cook himself some pesto pasta.

Attendees also included dozens of participating school children, whose relationship with leafy vegetables has never been better thanks to their social entrepreneurism.

Thirty per cent of the revenues from Growing Initiatives is donated back to the food centre to support its programming. Another 30 per cent goes to the harvesters or is invested back into Growing Futures. Twenty five per cent is given to an agreed upon charity and 15 per cent is set aside to cover costs.