It’s been a blockbuster year for film and television in Ottawa, and industry experts say the best is yet to come.

As an industry that was able to continue production during the pandemic, advocates say Ottawa’s film sector is bolstering the city’s economy and helping to support small businesses through a difficult year of lockdowns.

The Ottawa Film Office, a local not-for-profit industry organization, calculates that live-action dramatic productions generated a record $15.8 million for the city’s economy during the first half of 2021 – a 12 per cent increase over the same period in 2019, the industry’s previous peak year. International networks that filmed productions in Ottawa this past year include Lifetime, the Oprah Winfrey Network and Hallmark.

“Because we were allowed to work with strict protocols in place, we were able to go into places like shops to film, which offered a little bit of economic relief to those businesses,” said Boucher.

According to the film office, 40 to 60 per cent of film budgets are typically spent on local goods and services. Ottawa’s combined film, television and animation productions generally contribute over $100 million to the local economy each year.

Boucher explained that in addition to compensating businesses for filming on their properties, on-location filming often brings business to nearby hotels, restaurants as well as other merchants and suppliers.

“Whether we’re paying for the entire floor of a hotel, paying a catering company or renting a parking lot (for) all of our trucks, every day we’re spending thousands of dollars in the city,” he said.

As studios, networks and streaming services boosted production to meet the demand for new content during the pandemic, observers say Ottawa’s growing reputation as an affordable and geographically diverse filming location set it up for success.

Boucher, who has worked in the film industry for over 15 years, said the city’s mix of historic and modern buildings, as well as its picturesque waterways and nearby villages, make it easy for Ottawa to stand in for multiple time periods and places.

“Most recently we (worked on) Amazing Grace for the OWN Network, where Ottawa doubled for Atlanta,” he said, adding that opportunities to film in four distinct seasons gives it another edge. 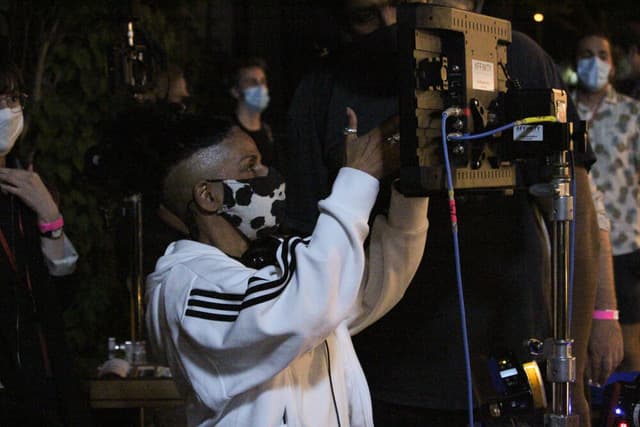 Ottawa film commissioner Bruce Harvey notes the ability to move between communities in and around the city with relative ease is another advantage over several other Canadian cities.

“You can go from rural areas to the urban downtown in 15 to 20 minutes. If you’re looking at shooting in downtown Vancouver and going anywhere (else), it’s going to take you hours to get there,” he said. “Here, it’s taking you a half hour at most to get anywhere within the city.”

After establishing itself as a dependable hub for international productions, Harvey said Ottawa’s next critical steps should be developing the crew base and production companies that are located here.

In addition to Algonquin College’s broadcast television and film and media production programs, which are helping to cultivate local talent, Harvey noted that construction of a new soundstage near West Hunt Club Road and Woodroffe Avenue will only add to Ottawa’s appeal as an attractive place to film.

“The big-dollar commitments to the film industry are for dramatic series, and in order to be able to film (them) you have to have a soundstage where you can build permanent sets,” he said. “Being able to do construction, control the environment and film in a place where you’re not interfering with other people (in public) is critical.”

“It’s the whole ecosystem coming together and really helping to drive things forward,” he added.

Looking ahead to Ottawa’s future in film, Harvey said the city is in a prime position to start taking on bigger productions.

“I predict that within the next four to five years, the numbers will be five times what we’re doing today. Once we get to those threshold numbers, the ability to grow will be exponential.”