In its first year, the now-named Mike McCann Charity Golf Tournament was pretty proud of itself for raising $3,000 with the three dozen golfers who came out to support the event.

“We thought, ‘Man, we can’t beat this’,” Mike McGahan, president and CEO of CLV Group and executive chairman of InterRent REIT, recalled with a smile while speaking Thursday to a roomful of partners and sponsors at The Meadows Golf & Country Club.

Oh, but they could and they did. Their humble charity golf tournament has since grown to become the most successful of its kind in the region, raising more than $1 million last year alone.

“I thought that was a crazy number but this is friggin’ ridiculous,” said McGahan as he prepared to reveal the amount raised that day for such charities as Christie Lake Kids, BGC Ottawa, The Ottawa Hospital Foundation, Youth Services Bureau Foundation, Snowsuit Fund, Ottawa Food Bank, Habitat for Humanity NCR, The Royal, and others.

The fundraiser, presented by CLV Group and InterRent REIT, drew about 200 sponsors, with BMO Capital Markets and Scotiabank among the major supporters. The tournament has become so popular that, in order to reduce the waiting list, some of the 360 registered golfers played at nearby Emerald Links.

“You’re giving back,” McGahan told the crowd of business people. “You’re helping out so many great charities. These charities would not be in the same position without all you generous people.”

Ottawa-based CLV Group specializes in development and property management while InterRent REIT is a publicly traded real estate investment firm with a portfolio of more than 14,000 apartments in Ottawa, southern Ontario, Montreal and Vancouver. Very much in McGahan’s thoughts was Mike McCann. He used to run the golf tournament for years before he passed away from cancer in February 2019, at age 63. “Our beautiful friend Mike,” said McGahan before acknowledging how he previously had no idea how hard his close pal had worked to organize the event. McGahan joked that his own involvement was so minor that, one year, he showed up to the wrong golf course. He did give credit to Oz Drewniak, president of CLV Group Developments, for his ongoing participation and to executive assistant Emily Facchin for the tremendous work she’s done, along with other employees of CLV Group and InterRent REIT.

McGahan encouraged golfers to return next year to support the charity golf tournament, which has now raised more than $6 million over 20-plus years. “We’re just going to keep making it bigger and bigger with everybody’s help here.”

Gloria McCann told OBJ.social her late husband had a love-hate relationship with the tournament. While he found it very rewarding, it was hard to ask people to give all the time, she explained. “It was like pulling teeth, but it was amazing; he did love it,” said Gloria, who was there with the support of her family, including her three daughters, Ashley, Jordanna and Alexandra, their respective husbands and her sister, Barbara Hanna.

A massive rainbow appeared not long after Gloria mentioned that Mike would be “over the moon” with pride over the success of the event. Coincidence? Maybe, maybe not. 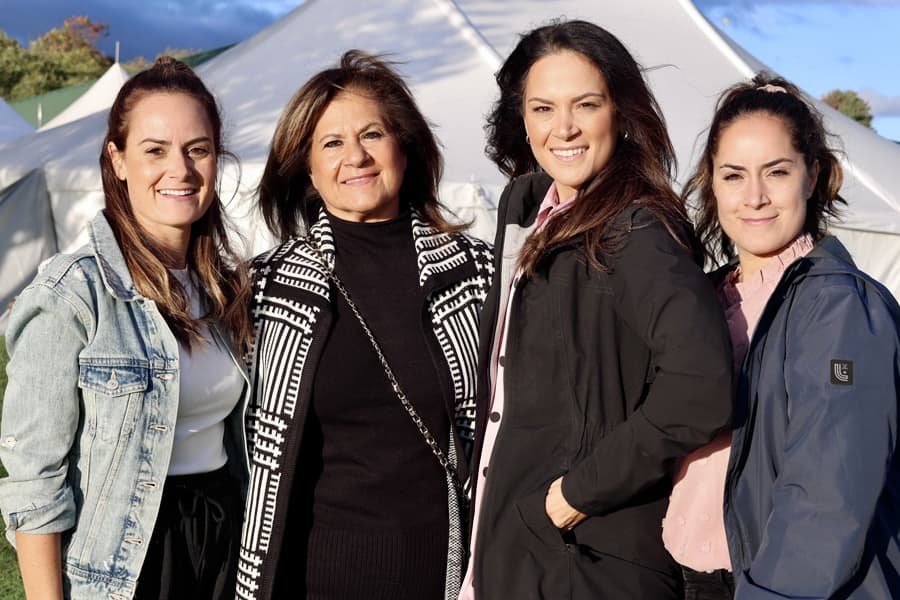 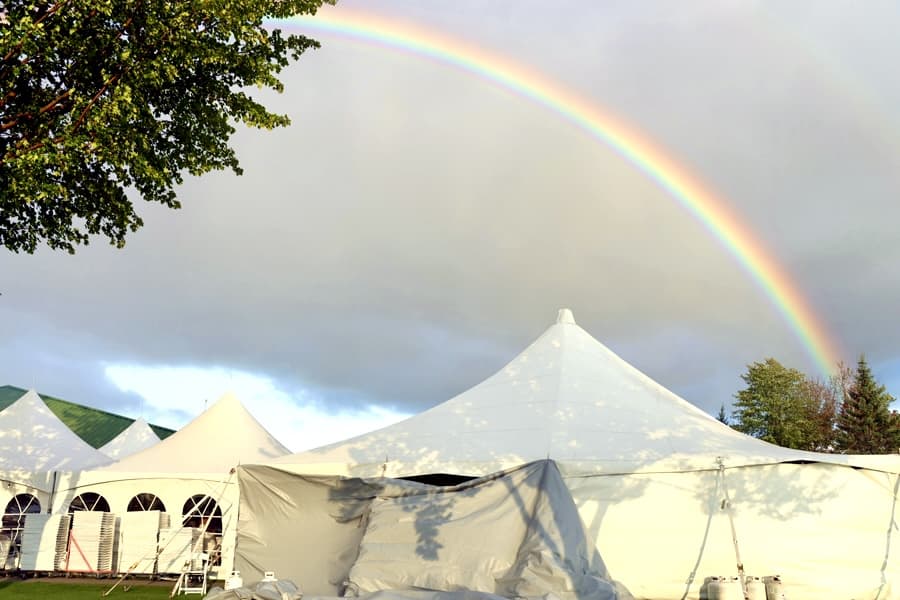 Participants helped themselves to the delicious offerings served from an assortment of food trucks. There were giant party tents, all warm and nicely decorated. Later in the evening, a great cover band called Orangeman performed.

Spotted in the crowd was Steve Levinson. His late father, Jacie Levinson, used to be business partners with McGahan. He was the “L” in CLV.

Emcee Ryan Watson from Raising the Bid used his infectious energy and enthusiasm to get the crowd bidding during the live auction, which raised in the neighbourhood of $100,000. There were dinners for eight to Angelina’s restaurant in Manotick, Riviera restaurant on Sparks Street and Al’s Steakhouse on Elgin Street. Guests bid on trips for two donated by CLV/InterRent to any city in North America to watch an NHL game or an NFL game, the latter of which sold to the top four bidders at $7,000 each. A $25,000 credit from Irpinia Kitchens sold for $17,000.

Among the more active bidders was Gary Zed, founder and CEO of Canada’s Forest Trust. He bought three live auction items and also donated two days of fishing at his privately owned salmon fishing club on the Miramichi. It sold twice and raised $16,000.

The room listened as 18-year-old Valerie Stiles Beale shared her story of how Christie Lake Kids helped to change her life. She was a camper (now staff member) at the CLK summer camp near Perth and took part in the non-profit organization’s inner-city recreational and skill building STAR programs, run at no cost to kids.

The second-year Algonquin College student talked about the warm smiles and yummy snacks at CLK’s after-school programming “when I’d often gone all day without lunch”. She spoke about the magic of summer camp, from watching the bright stars at night to seeing beams of sun shine through the trees to hearing the laughter of children. “The things that make CLK so special to some kids, myself included, are the things that most people take for granted,” said Stiles Beale. 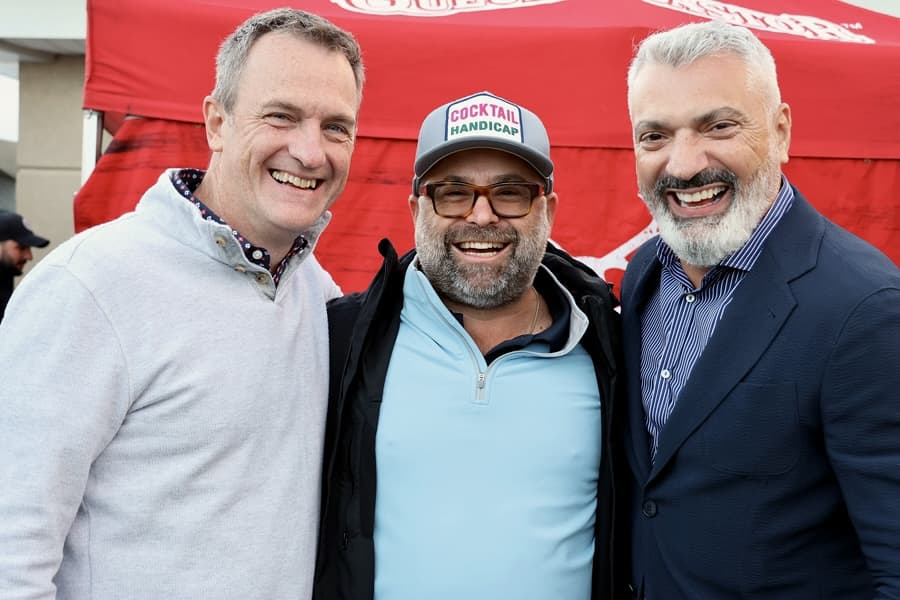 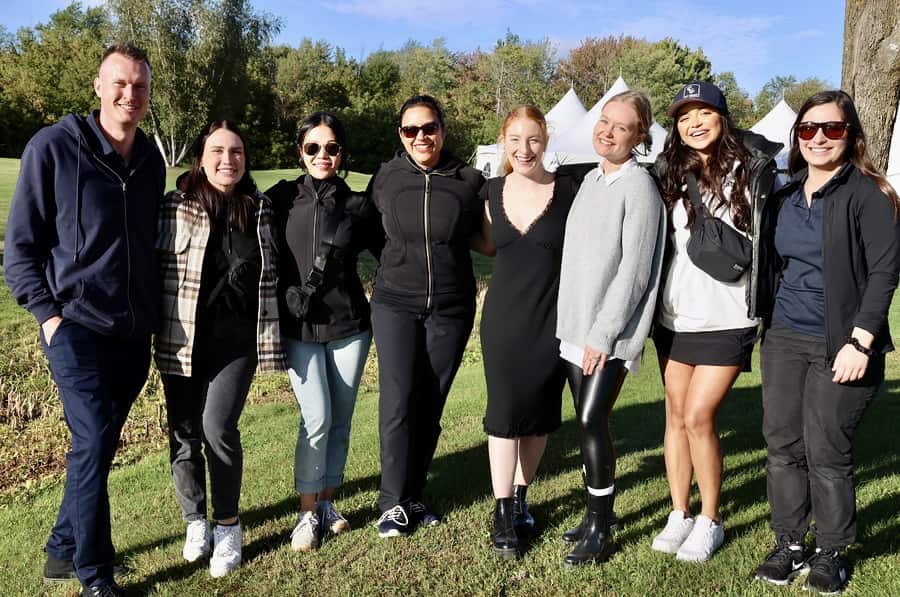 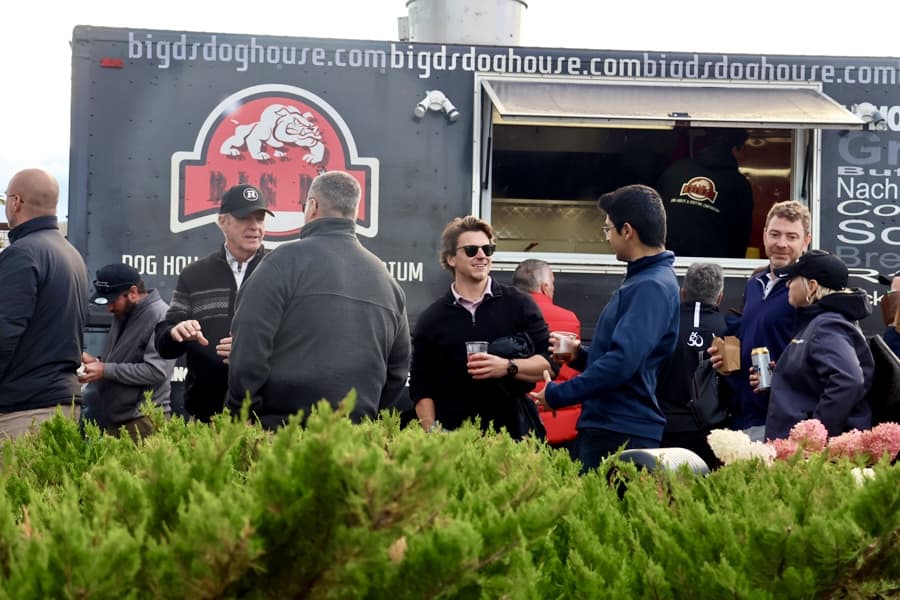 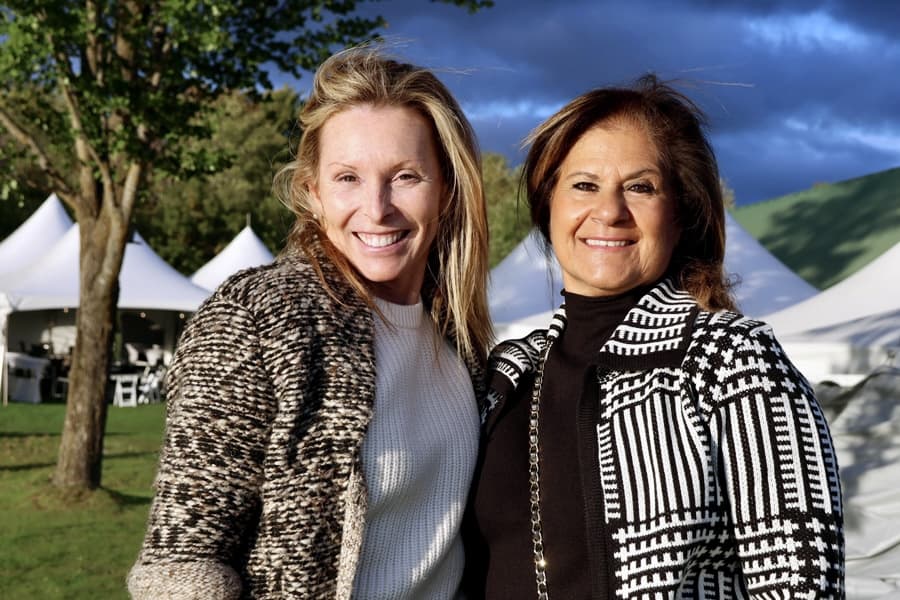 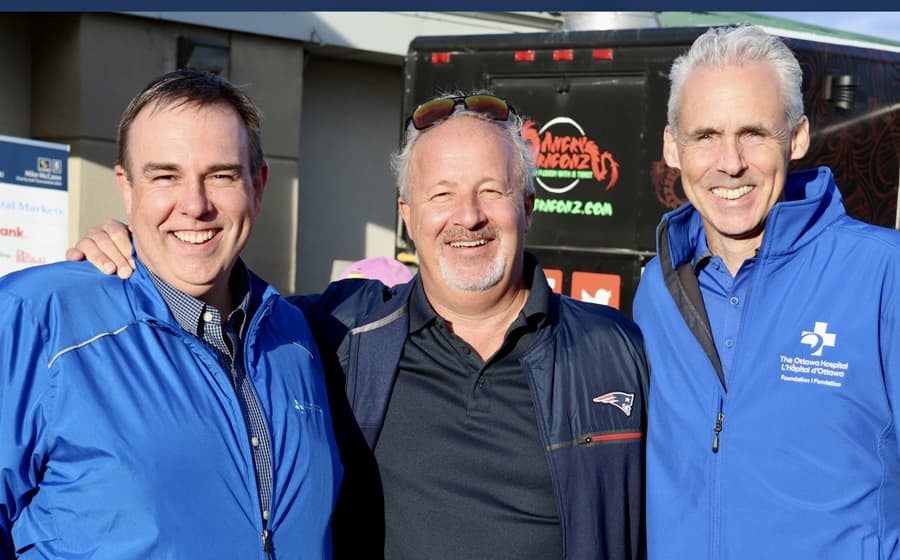 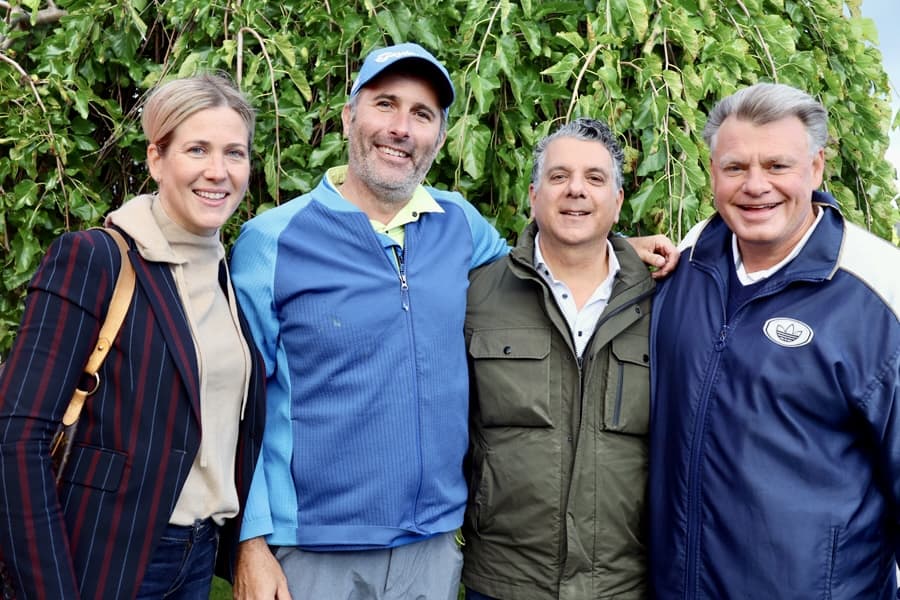 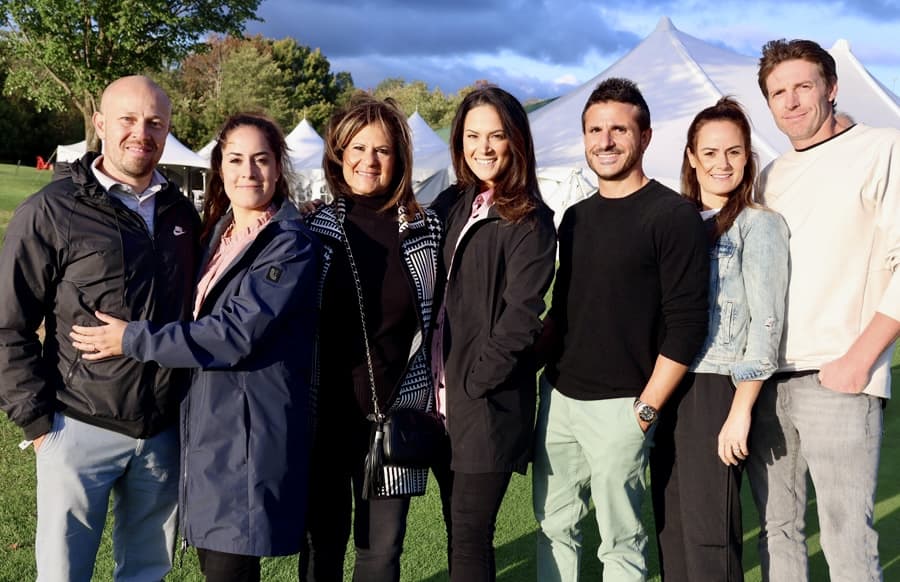 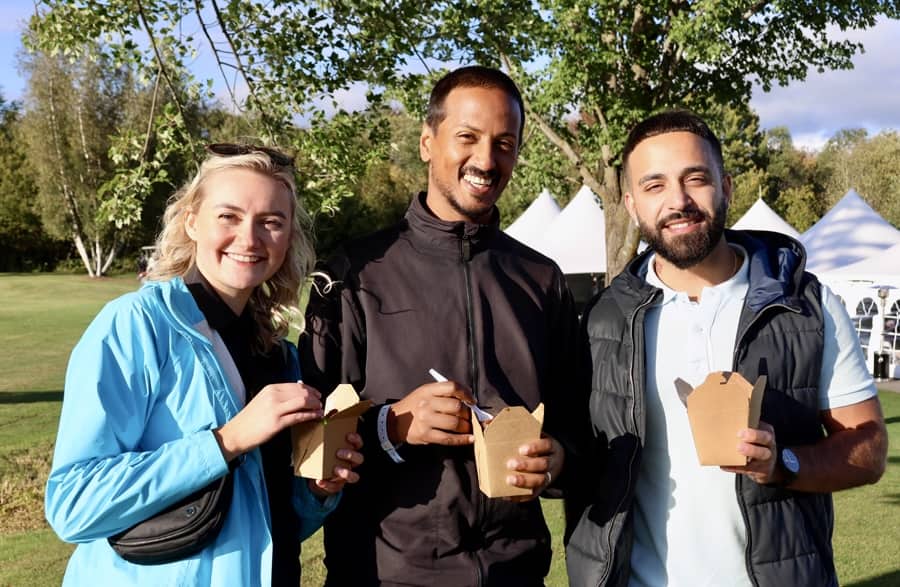 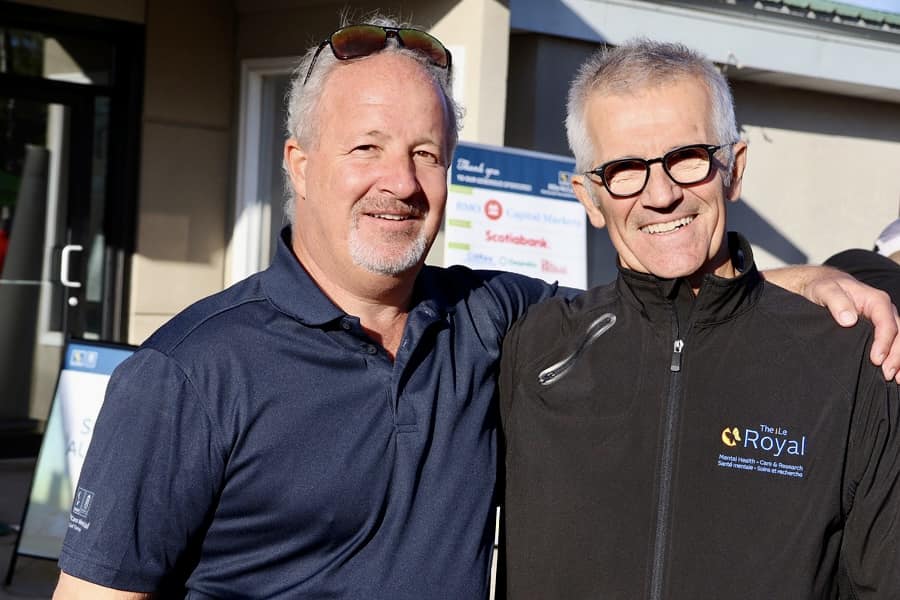 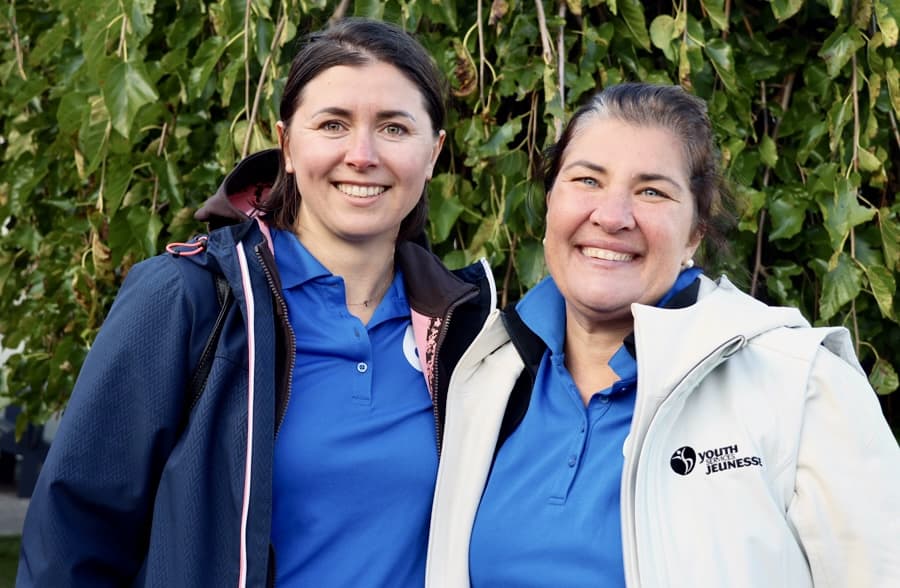