University’s Faculty of Engineering focused on developing photonics for devices, networks and energy

When Karin Hinzer first began research into renewable energy more than 10 years ago, she was convinced the technology wasn’t going to be that useful.

It was only in discussing her work with a classroom full of students that the potential for the technology was put into perspective for the University of Ottawa professor.

“All my students just wanted to work on things to help address global issues,” she says.

Today, Hinzer continues to teach with the university’s School of Electrical Engineering and Computer Science and serves as the founder and director of the SUNLAB, which is Canada’s premier solar cell research facility.

Shortly after founding the SUNLAB in 2007, Hinzer was also appointed as a Canada Research Chair in photonic nanostructures and integrated devices.

In plain terms, Hinzer is on the forefront of Canada’s solar energy revolution. Her work with SUNLAB is an important part of the Faculty of Engineering’s photonics for devices, networks and energy research area.

“Our world is changing rapidly,” says Hinzer. “To hit Canada’s agreed-upon targets under the Paris Climate accord, we have to move towards renewables extremely rapidly.”

For the University of Ottawa, a byproduct of housing many of the nation’s top researchers is that their expertise trickles down to the students they teach.

“To hit Canada’s agreed-upon targets under the Paris Climate accord, we have to move towards renewables extremely rapidly.”

One way the school is helping to train the next generation of innovators in renewable energy is through NSERC CREATE TOP-SET, which stands for the Natural Sciences and Engineering Research Council Collaborative Research and Training Experience Program, and offers Training in Optoelectronics for Power: From Science and Engineering to Technology.

The program is funded by NSERC and is a partnership between the University of Ottawa, Université de Sherbrooke and McMaster University.

TOP-SET helps prepare graduate students to work in optoelectronics – the study of electronics and light – specifically as it pertains to renewable energy. The main goal is to gear students up to join advanced R&D teams when they embark on their professional careers.

“It’s training people for the new economy,” says Hinzer. “It’s the transformation of the energy economy in Ottawa, Canada and around the world.”

She serves as the lead researcher for TOP-SET which started in 2017 and uses SUNLAB research space for training. 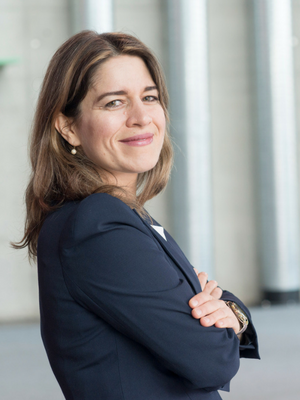 Most notable among them is Spectrafy, the Ottawa-based company that developed the SolarSIM (Solar Spectral Irradiance Meter), a sensor that measures the sun’s spectrum and other atmospheric activity such as greenhouse gas emission levels and solar radiation.

In November 2017, the firm signed a major contract with the federal government that will see its sensors installed across Canada. The completed system will be the world’s first national solar spectral network.

One example of a technology that is being developed out of SUNLAB is software and hardware to control and negotiate the flow of electricity between a customer’s home energy system and the grid as part of the Grid Edge Active Transactional Demand Response project, dubbed the GREAT-DR.

The advanced smart technology, which is currently being offered as a trial program through Hydro Ottawa, enables a customer’s electricity demand and generation to seamlessly interact in real-time with the electrical grid.

As the public utility explains, “the GREAT-DR platform will decentralize and largely automate demand response and transactive energy right through to the grid edge – where a customer connects their devices to the electrical grid. This will give customers more control over their electricity usage.

“At the same time, it will create a more resilient grid, where electricity market operators will gain stronger demand response guarantees. Local distribution companies, such as Hydro Ottawa, will have also more control and flexibility in managing their own distribution system, especially when demand fluctuates.”

The University of Ottawa’s SUNLAB is key in developing the open source tools required for the project.

To learn more about Prof. Karin Hinzer and her work, head to sunlab.eecs.uOttawa.ca.

The uOttawa Centre for Research in Photonics has grown to become one of the largest and most recognised photonics centres in the world, regrouping 24 professors and over 200 graduate students, postdoctoral fellows and staff in the Advanced Research Complex, a new state-of-the-art building designed specifically for the demands of photonics. The centre has recently established a formal partnership with one of the foremost research organizations in the world – the Max Planck Society, based out of Germany – and seeks to expand its partnerships to other European and Asian institutes.

The centre also houses the Nanofab, a nanofabrication facility that features cutting-edge nanotechnology equipment and characterisation tools. Although new, this core facility is  already highly successful: it supports 12 researchers and about 40 graduate students and postdoctoral fellows through flat-rate access fees and offers contract-based services to industry and academia at large.

To learn more about the uOttawa Centre for Research in Photonics, visit: photonics.uOttawa.ca.