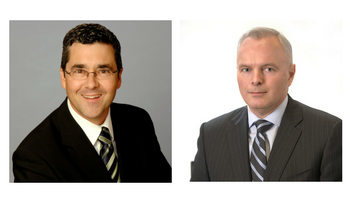 Does your business carry on business in more than one jurisdiction? If so, you’re subject not only to the typical tax compliance requirements, but also run the risk of a Canada Revenue Agency (CRA) or a foreign jurisdiction tax audit.

Tax administrations around the world are intently focused on preserving their tax base. The Organisation for Economic Co-operation and Development (OECD) has recently provided global administrations with an action plan to support their efforts to combat aggressive tax planning by multinationals. The OECD’s plan to limit Base Erosion and Profit Shifting (BEPS) to low tax and/or no tax jurisdictions is justified.  However, some tax administrations have used this as support to focus more on transfer pricing, business travellers and permanent establishments. Here are some tax considerations for organizations carrying on business aboard to think about:

Related entities often perform services for one another. Whether it’s back office support or as part of a service to a foreign client, and an intercompany charge is typically paid to cover costs – sometimes with a profit component. Tax administrations like the CRA often use a benefit test and expect to see arm’s length pricing support for such services charged into Canada. If there are significant intercompany charges, documented support of these types of payments in accordance with Canadian rules is very important to avoid potential penalties.

Fully integrated operations often require cross-border movement of labour resources. For example, a foreign parent may send its personnel to Canada to conduct an internal audit review of a Canadian subsidiary, or to provide training to the subsidiary’s personnel. In fact, multinational enterprises may have hundreds of employees working in locations abroad, thereby creating issues related to the right to tax payments to the non-resident entity providing the services of those employees, and the non-resident employees themselves.

A permanent establishment (PE) is typically created when a foreign entity is carrying on business in a jurisdiction through a fixed base of operations. Under tax treaties, once a PE is determined to exist, a jurisdiction has the right to tax the non-resident corporation’s profits from the PE activity, and its employees associated with that PE (i.e. to retain the tax, not just requiring its initial remittance).

Under OECD’s BEPS guidance the defined circumstances where corporations are considered not to have PE have narrowed significantly. Currently some tax administrations (including CRA) have gone much further, and in some cases have sought to assert PE status to a non-resident parent corporation even when their resident subsidiary carries out all the in-country functions. These PE assertions have become more common when a tax administration believes that the profit allocated to a subsidiary does not line up with the transfer pricing for the subsidiary. As noted above, determination of a PE can have substantial adverse impacts for the employees of the non-resident parent corporation.

There is no doubt that there has been an increase in international tax disputes concerning these situations – and we continue to witness tax audits that incorporate these three inter-related issues.
When taking into consideration the CRA’s audit coverage and available international audit resources, avoiding an audit on these issues – or at the minimum a screening review – is unlikely in the coming years. Accordingly, Canadian taxpayers and their foreign parents or affiliates should ensure that their transfer pricing is well documented, that they are tracking their travelling employees and ensuring that Canadian withholding requirements are either adhered to or mitigated through waiver processes.