Despite being among the oldest golf courses in Canada, The Royal Ottawa Golf Club stands as a testament to the modern mindset.

Golfers – including many of The Royal Ottawa Golf Club’s members – say they’re looking for a different experience that allows them to golf with their families or fit a quick game into their busy schedules.

The Royal Ottawa Golf Club, located 10 minutes from downtown Ottawa, listened to that feedback and is undertaking a series of renovations that promise to keep the course at the forefront of the game.

Updates are planned for both the 18-hole, championship-style course and the shorter, family-friendly Royal Nine. Changes will improve the playability of both courses, and in the case of the Main Course, increase the length of certain holes to present a new challenge to seasoned players.

Other changes will see the the club’s Driving Range renovated and the addition of an all new Short Game Area. For those who can’t spare a full day on the links, the Royal Nine, Driving Range and Short Game Area all stand as options for a quick round at lunch or after work.

By the end of this season, updates will be completed on the first five holes of the Main Course. 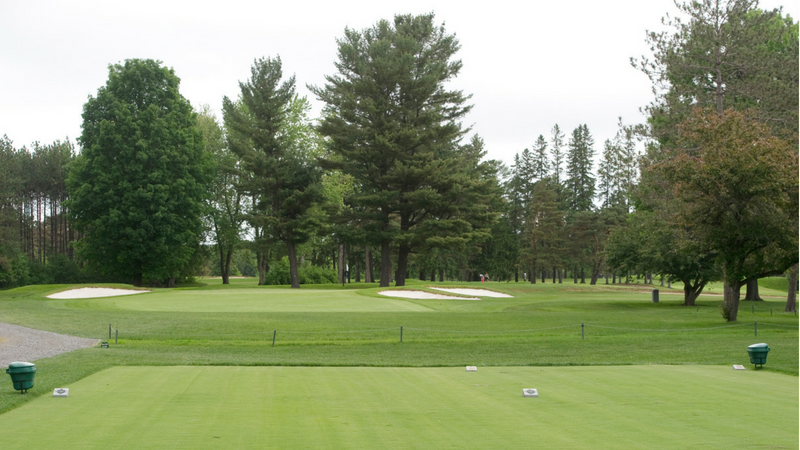 And though the upgrades are being made to almost all areas of the course, they’ve been scheduled so as not to interrupt play.

“It’s a question of respecting our members. The season is already short as it is,” says Prévost. “We don’t want them to be inconvenienced.”

A nod to the past

The renovations to the course were designed by Neil Haworth of Nelson & Haworth Golf Course Architects. Haworth has had a hand in the design of courses in Canada as well as the world over, including properties in China, Malaysia and Singapore.

In plotting out the changes to the Main Course, Haworth focused on making the playability even stronger for members while maintaining its traditional look and feel. On the Royal Nine, the goal was to make it more accessible for golfers of any experience level.

The new Short Game Area will serve as a practice area for juniors and beginners, as well as more experienced members hoping to work on their short game.

“We’ve tried to go the family route and make it a special place to be for everybody,” says Haworth.

At the outset of the design process, Haworth conducted research into the Club’s history, drawing on file photos and other records to get a better sense of its past aesthetic.

The many changes to the course remain respectful of Tom Bendelow’s traditional design from more than a century ago, while keeping today’s discerning golfer in mind.

Head to RoyalOttawaGolfClub.com for more info on the courses, facilities and membership.