It’s time to rise to the occasion — even if it is a little on the early side — by supporting BGC Ottawa’s single-most important fundraiser of the year on the morning of Friday, September 10th.

The BGC Ottawa Morning Social’s promise to be an eye-opening experience for all will have less to do with the stimulating effects of that day’s coffee and more to do with the heartwarming and inspiring stories shared by the kids, volunteers and staff.

This year’s theme, “Rise and Thrive,” is focusing on the nearly 5,000 kids in our community who benefit from the free recreational, educational and skill-building programs offered by BGC Ottawa in underserved and economically disadvantaged neighbourhoods. The nonprofit is looking to double its impact and members by 2024.

Mark Motors Group, a family-owned business that runs a number of luxury car dealerships in Ottawa, is returning as the presenting sponsor. Co-owner Liza Mrak is once again chairing the event with long-time BGC Ottawa board member Gary Zed.

BGC Ottawa had to cancel all other signature fundraisers in 2020 and/or 2021 due to the COVID-19 pandemic. It’s now up to the Morning Social and its network of supporters to create a ripple effect of support.

The co-chairs want to match the $1-million total that they raised last year.

“Listen, that was very ambitious, so we are a little nervous, but we think we can pull it off,” says Zed.

The annual breakfast has rebranded itself as the BGC Ottawa Morning Social to better capture the mover-and-shaker vibe that happens when business and community leaders come together. With most Ottawa residents now fully vaccinated, individuals are looking to re-connect, says Zed.

Similar to last year, the event will be live-streamed for audiences to follow along from 7:45 a.m. to 9 a.m. in smaller groups spread out across the city. Locations will include the Tomlinson Family Clubhouse on Prince of Wales Drive and the Ron Kolbus Clubhouse on Dumaurier Avenue. The French Embassy will play host again, as will Mark Motors and Huntington Properties. The public can also catch the show at their home, office or home office. 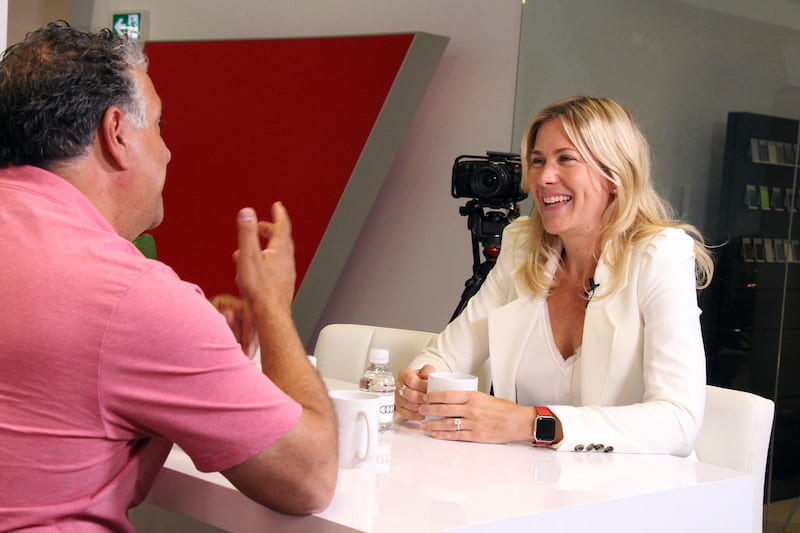 Organizers are running a small online auction in the days leading up to the Morning Social. It will feature unique items that fit with the “Rise and Thrive” theme without placing any stress on small businesses trying to recover from the pandemic.

Zed has been chairing the signature fundraiser since 2010, when attendees got together for their first time in the gymnasium of the Ron Kolbus Clubhouse. By 2012, Mark Motors came on scene as a major donor. It has returned every year since as presenting sponsor. “Knowing that we have Mark Motors in our corner gives us such a boost,” says Zed.

BGC Ottawa was there for the Mrak family back when the parents – both new immigrants who spoke broken English – were running a fledgling automotive business in the Vanier area. They were raising three young boys, with Liza on the way.

“My parents came here with, basically, a dollar in their pockets and a dream to build a business and have a family,” said Mrak. “They were lucky to have a community that supported them.

“We really want to support the Club because of what we got out of it. We want to give those same opportunities to other families.”

Mark Motors was recognized as Outstanding Small Business in 2017 by the Ottawa chapter of the Association of Fundraising Professionals. Similarly, Zed was honoured in 2016 as Outstanding Volunteer Fundraiser by AFP Ottawa.

Not only does the fundraiser bring in critical support for the Club’s programs but it also shines a light on the excellent work BGC Ottawa is doing in the community to help kids and their families. Many of the organization’s top donors first became aware of the Club’s impact as early attendees of the breakfast.

“I get pretty inspired,” Zed said of why he’s back for his 12th year to lead the morning fundraiser.

“When I see so many of my friends in the community prepared to support important causes like BGC Ottawa by writing cheques to make things happen, it’s like I have a fundraising ecosystem around me. It just makes our city better.”

According to Mrak, Zed’s motivation goes beyond his desire to cumulatively raise millions for the organization. He and Mrak, who are also partners in life, dress up as Santa and Mrs. Claus each holiday season to hand out toys to young members of BGC Ottawa.