Two years after Kindell Tolmie and her husband, Joshua Tolmie, hatched a store in Ottawa’s west end catering to backyard bird lovers, the couple is now taking over a second Wild Birds Unlimited franchise location in Ottawa and has its sights set on expanding farther east.

As of early July, the Tolmies will be the new owners of the Wild Birds Unlimited shop that has been run for over 30 years by their former mentors, Eric and Margo Garrison, who are retiring from the business. The specialty bird store is located in the aptly named Blue Heron Mall on Bank Street.

“I always say I’m so excited, but that word isn’t big enough for how we feel about this next step,” said Kindell, who left her full-time career as a nurse to open a store focused on something she’s always loved: birds. “It kind of feels like Christmas morning.”

Similarly, Joshua sold his shares last year in his recruitment company, PinPoint Talent, to devote himself full-time to their Hazeldean Road store in Eaglesons Corners (we can’t escape the bird references, but it’s named after a Scottish settler family, not our bald-headed, feathered friend).

“It’s been an incredible ride,” Joshua said while describing the last two years of working in retail as “rewarding”.

The Tolmies were presented this past May with the Highest Flying Fledgling Award by Wild Birds Unlimited at the franchise’s annual leadership conference in Indianapolis. The award recognizes their store’s record-breaking sales across the franchise in its first year of business.

The couple said they relied on online sales and curbside pickup orders during the height of the pandemic, but, as soon as they were able to open their doors, they saw customers flock back to the store.

“The shopping experience is what we do really well,” said Joshua. “It’s a fun atmosphere.”

Kindell added that “it’s a higher level of experience for the customer. Our store is absolutely a little hub for bird nerds.”

The pandemic, which forced many people to become homebodies, did see a heightened interest in backyard bird-watching and bird sanctuaries. But the Tolmies believe the popularity of the hobby transcends recent close-to-home trends to include younger generations concerned about protecting the environment and nature, beginning with “that little slice of habitat” in their own yard.

“We always think that the hobby is more geared toward the older population, who are retired and have some time,” said Joshua, sharing a statistic released by Wild Birds Unlimited that at least half of its customers are millennials or Gen Xers. “These generations want to be the change agent for making sure that things, from an environmental perspective, continue to improve.” 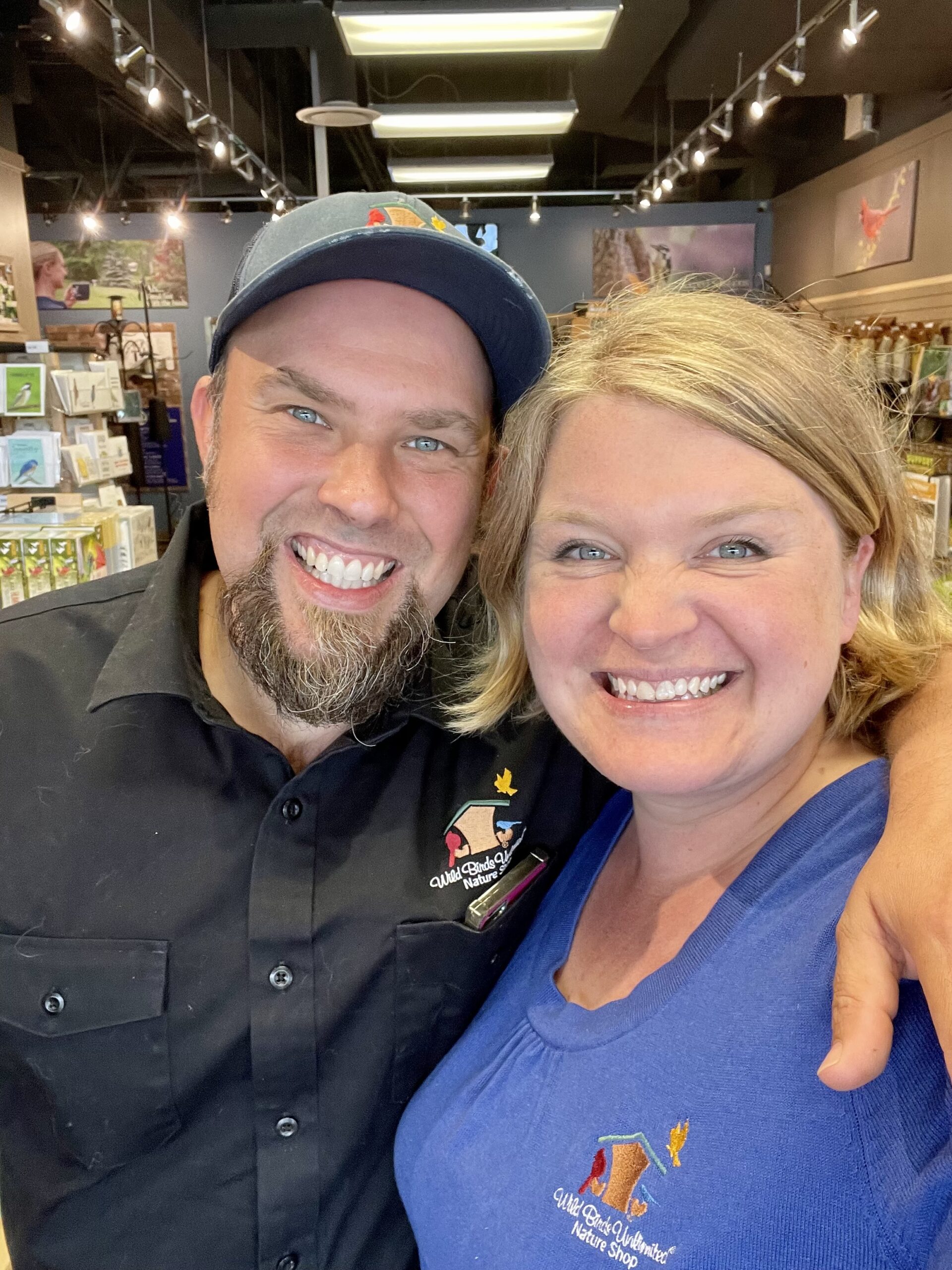 The United States and Canada have lost almost three billion birds since 1970, according to a study published in 2019 in the journal Science. It’s the mission of Wild Birds Unlimited to save the songbirds, said Josh.

“I think the hobby is flourishing. We continue to see, on a daily basis, new people who are just starting out and picking up feeders for their backyard.”

The sale of the Wild Birds Unlimited franchise store on Bank Street has been “an opportunity” for both parties, said the Tolmies, who were ready to grow their business.

“Oftentimes, we’re both in the Kanata store together and we’re kind of bumping into each other,” said Kindell. “It’s like when you have one child and there’s two parents. The next natural step is to say, ‘Let’s have another one.’”

The Garrisons had taken the Tolmies under their wing when the young business owners were preparing to open their west-end store. In 2018, Eric and Margo were recognized by Wild Birds Unlimited with the highest honour awarded to a franchisee for their focus on customer experience, consistent sales growth and successful marketing efforts. The award also acknowledged Eric’s involvement as a board member with the Wild Bird Care Centre for injured, orphaned and displaced birds.

The Tolmies say buying the Bank Street shop puts them ahead of their five-year goal to expand.

The big question now is whether the Tolmies will have a third child, metaphorically (factually, they stopped at two girls). Judging by how well the last two years have gone for them in the west end, “we know that there would easily be a lot of revenue to generate with a third location in the east end,” said Joshua. “We certainly have our eyes open to future growth with the brand across Eastern Ontario.”