A new generation of local homebuilders is looking at sustainability in a fresh way, applying creative and holistic thinking to create low-impact communities that celebrate the existing built and natural environment.

One of the leaders in this area is Brigil, which has prioritized building durable, well-constructed homes since its inception in 1985. In recent years, the local homebuilder has placed a special priority on creating pedestrian-oriented neighbourhoods that embrace existing heritage and environmental features.

“When we think about sustainability, most people will associate it with energy efficient upgrades or where the materials are sourced from, but as developers, we have a much bigger responsibility,” says Jessy Desjardins, a real estate developer at Brigil. He and his brother, Kevin, are the sons of Brigil founder Gilles Desjardins and are bringing new ideas and perspectives to the company as they assume increasingly senior responsibilities.

“It’s not only about the buildings we build,” he adds. “But it’s about where we build them.” 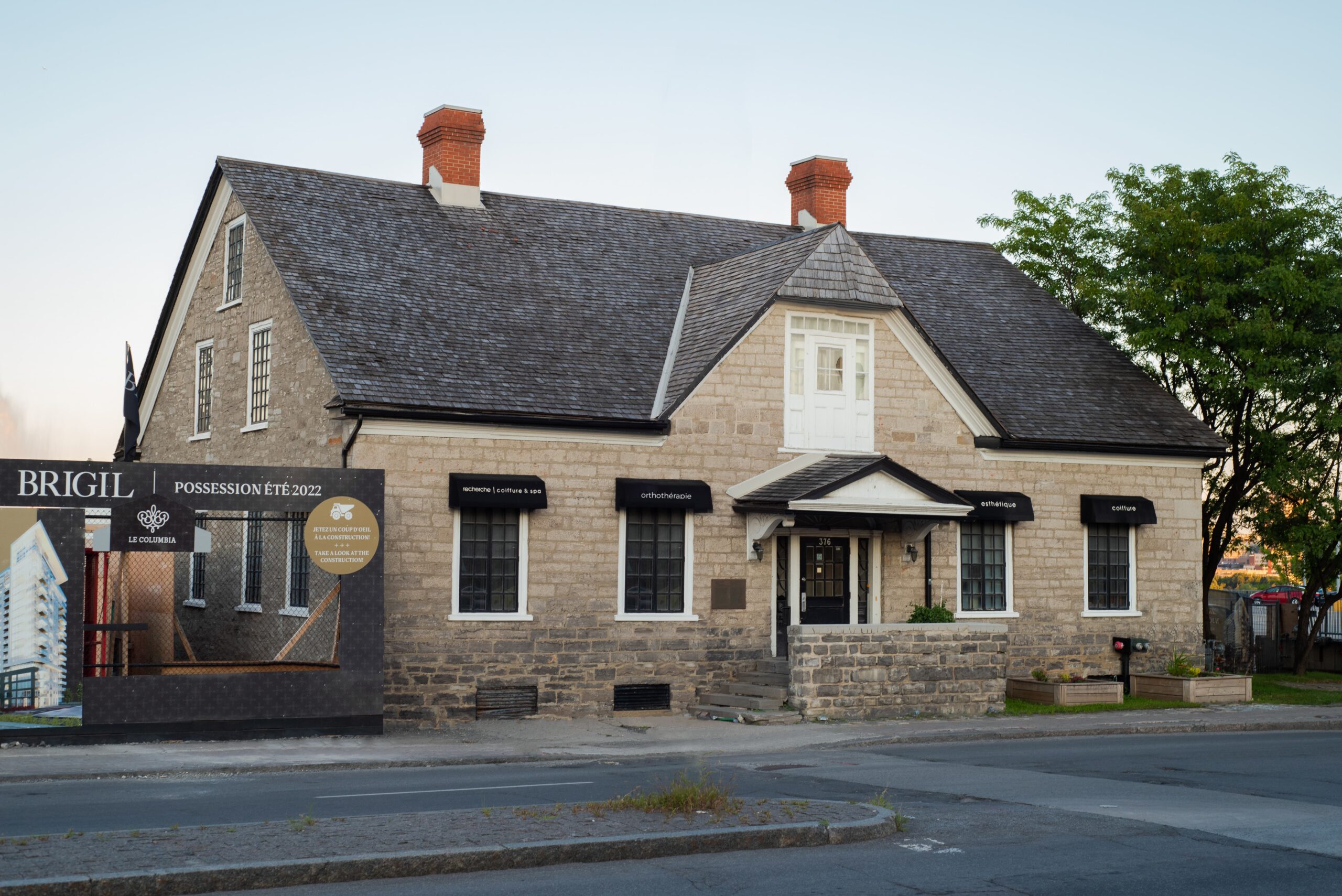 A key part of Brigil’s approach to sustainability is protecting mature trees and maintaining as much green space as possible for residents.

Located just a few kilometres from downtown Ottawa, Champlain is one of the homebuilder’s latest urban village developments that will combine residential space with commercial units targeted at locally owned restaurants and shops.

Plans call for the protection of the various trees and wetlands currently on the development. Brigil is also designing the community to be compact and as pedestrian-friendly as possible – a “15-minute neighbourhood” in which residents can easily walk to shops and services for their daily needs, and be well-served by public transit.

“It’s density for sustainability. Instead of focusing on car accessibility, we really focus on foot and bike accessibility,” says Desjardins, noting that private vehicles are one of the leading sources of greenhouse gas emissions in Quebec. “It’s a project that has a lot more public space, wider sidewalks and really nice planters along the street, but is still protecting more than 30 per cent of the trees and ponds in the area.”

Similarly, at Brigil’s Domaine du Vieux-Port community – which overlooks the Gatineau River – the neighbourhood is dotted with preserved mature trees and also backs onto a forest that has the potential to become an urban sugar bush, says Desjardins.

“We’ve worked with forest engineers to identify each tree and to make sure when we design future phases that we don’t impede on those existing plants,” he says, adding that the team hopes to one day explore the option of making maple syrup using the trees in the forest.

“It’s about creating that contrast of urban living within the environment. We want to represent the idea of bringing nature back into our cities.”

Brigil’s Le Columbia condo tower, located on St-Joseph Boulevard in Gatineau, will include high-end amenities such as rooftop terrace and spa. However, it will also incorporate a treasured feature that reflects the area’s storied history: The iconic Columbia Farmhouse. 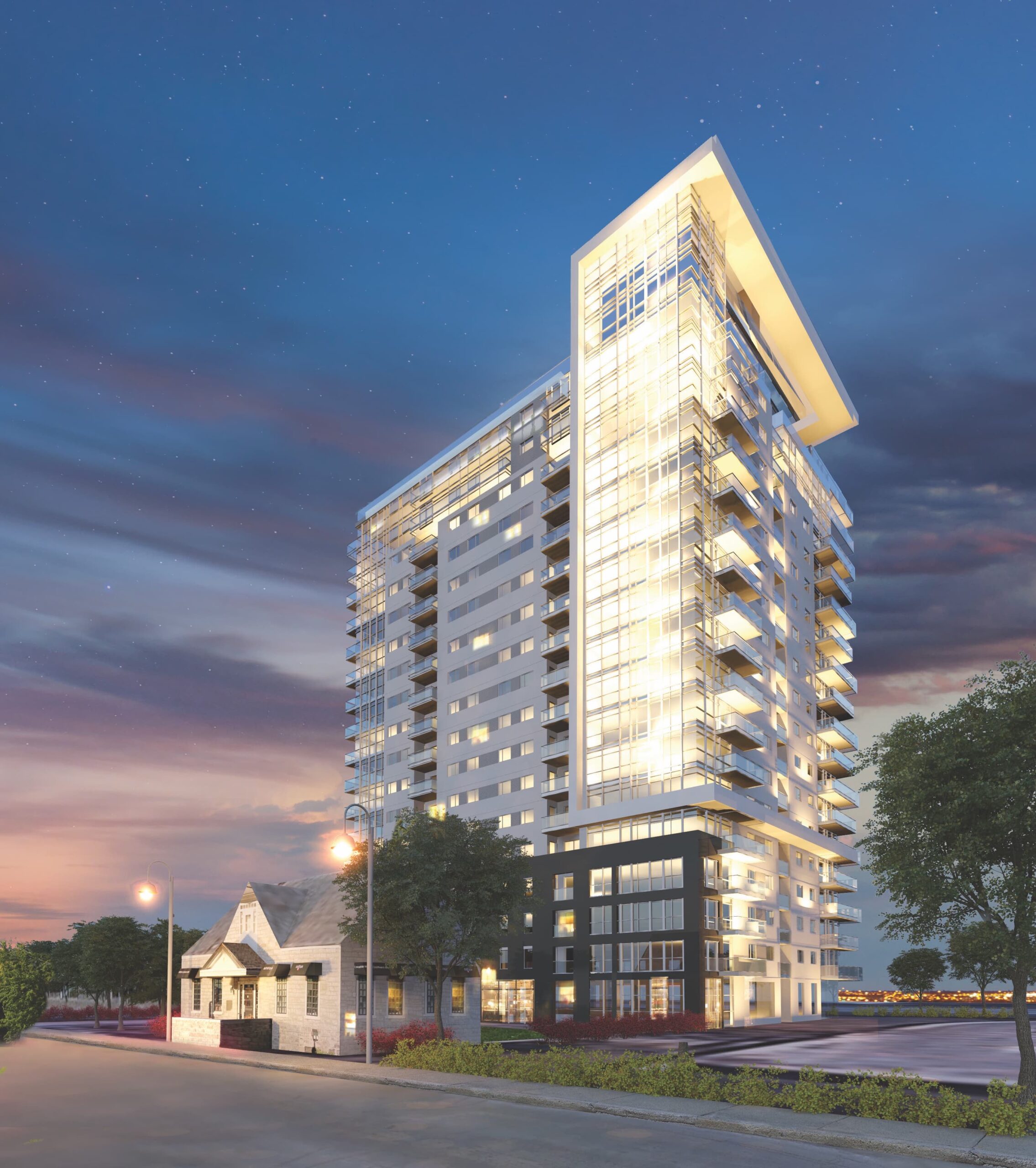 Built in 1835 by Hull Township founder Philemon Wright, the farmhouse is a local landmark that reflects the Georgian architecture style of the era, says Michel Prévost, president of the Outaouais Historical Society.

The construction team is taking precautions to limit any shaking or movement of the house, and even built up the structure’s foundations to ensure it remains stable during the process.

To further highlight the historical significance of the location, the homebuilder also reached out to the public to hear their thoughts on the project and to gather stories, photos and illustrations of the building’s history in the community, with the goal of adding plaques around the site that help tell the story of the Columbia Farmhouse, says Prévost.

“I believe that most of the people who will live there are not aware of the importance of the area,” he adds. “By including archive photos and giving the building a name related to its history, it will only help educate new (residents).”