They’ve been called the sandwich generation, adults in their 40s and 50s, caught between raising their children and taking care of their aging parents.

Being a caregiver is more than taking a parent to doctor’s appointments. Children become responsible for their parents’ financial well-being, paying the bills and managing their parents’ home. This takes significant financial resources.

In most cases, siblings rally together to support their aging parents. But in some tragic cases, a child may not have the best interest of their parent or siblings in mind.

These disputes can pit family members against one another, fighting over finances and causing siblings to block access to their parents. This can spiral into elder abuse.

This scenario played out in an Ottawa courtroom a few years ago as several siblings argued over whether their mother had the mental capacity to give power of attorney to two of her children.

The story started in 2008, when an Ottawa woman – a mother of 10 – gave two of her children power of attorney. Her son, who is a production manager in Ottawa, was mostly responsible for his mother’s finances. Problems had already been brewing, as five of their siblings had previously pressed their mother for their inheritances while she was still alive.

In 2013, the mother moved in with her daughter. She was paid rent from her mother’s bank account, but in 2015 emailed her brother asking to transfer all of her mother’s money to her account in order to keep funds away from one of the other siblings.

The situation soon intensified. In 2015, with the mother suffering from dementia, her youngest son convinced his mother to write him a $50,000 cheque to renovate his home. The son with power of attorney confronted him and the youngest son returned the money, resolving the issue for the moment. When asked, the mother didn’t remember writing the cheque.

In April 2016, the dispute escalated further. With help from the sister who was taking care of his mother, the youngest son took his mother to a new lawyer and – despite her diminished mental faculties – had her  transfer power of attorney authority to him. The youngest son then withdrew nearly $350,000 from his mother’s bank account to buy a new home with a swimming pool.

This was a clear sign that the dispute had escalated into elder abuse, said Carol Craig, a partner at Ottawa law firm Nelligan O’Brien Payne LLP. The son and daughter who previously held power of attorney authority contacted Craig in 2016 with the hope of regaining control of their mother’s finances and personal care.

“These kind of disputes are quite common,” said Craig. “People get a bad feeling and don’t know that they have legal rights. The best thing to do is to take action.” Craig says the best way to avoid any conflict is to have transparent estate planning involving the entire family.

While lawyers are advocates for their clients by definition, working in elder law includes an additional dimension: Fiercely advocating for what’s in the best interest of elderly individuals.

Craig’s strategy was to prove that the mother was incapable of making decisions at the time she designated a new power of attorney, therefore making the document invalid.

In June 2016, Craig recommended having the mother go through a capacity assessment, where a doctor would test whether the mother is capable of making complex decisions.

With the doctor’s report finding that the mother’s mental faculties had indeed diminished, Craig was ready to move forward to get a court order to invalidate the new power of attorney document. But her client wasn’t ready.

“When we put the court documents together, the daughter cried and said, ‘I don’t know if I can do this,’” she said. “When your siblings turn against you, it can be so hard.”

So Craig told her to wait until she was ready. In December 2017, the family went to trial.

When Craig cross-examined the youngest son, he admitted that he shouldn’t have asked his mother in 2016 to designate him as power of attorney because she’s didn’t have the capacity to do so.

The court agreed, reinstating the 2008 power of attorney authority, allowing her son to manage his mother’s finances in a responsible fashion that ensured she maintained a comfortable quality of life. 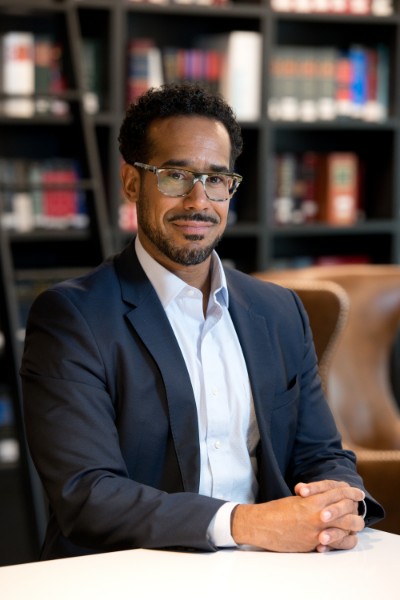 The term “elder abuse” usually conjures up images of physical harm. However, it can also come in the form of financial mismanagement, with serious consequences.

One of the best forms of prevention is to ensure there’s a paper trail of all financial transactions when helping care for an elderly relative.

This issue recently came to the forefront in case involving two brothers who held powers of attorney for their parents – their 88-year-old- father and 90-year-old mother – and helped their parents to pay the elderly couple’s bills and take care of the family farm.

The other siblings complained and accused the brothers of misappropriating their parents’ money. They tried to have one of them designated with new power of attorney authority and failed.

“The person who holds a power of attorney has a duty to communicate major decisions and disclose how they are handling the incapacitated’s finances,” says Raymond Murray, partner at Nelligan O’Brien Payne LLP and leader of the Estates Law Group. “This also protects the power of attorney because if there is a disagreement on how they are administering things, you can deal with it immediately.”

Three sisters received a shock in December 2017 when they tried to visit their 92-year-old mother, suffering from dementia, in her Orléans nursing home. When they arrived, officials at the nursing home barred them from entering on the instructions of a fourth sister.

The issues revolve around power of attorney. The older sister had relied on her power of attorney to say it gave her the right to decide who could visit her mother and argued that the elderly woman was bothered by her other sisters’ visits.

In 2018, Craig successfully applied in court for unsupervised visits for the three sisters. The sisters testified that since the death of their father in early 2017, the mother had asked her daughters to come visit more often.

To prevent these situations, Craig urges parents to write out their care wishes – including visits from their children – before they reach an advanced age.

“Parents have a right to see their kids,” she says.