After six years of building relationships and spearheading forward-thinking projects in Ottawa, Montreal-founded architectural firm Rubin & Rotman is making way for a new identity intended to secure the firm’s legacy for years to come.

FIGURR encompasses the history of the firm, founded in 1989 by Rick Rubin and Stephen Rotman. Now, the firm has five partners, including Ottawa’s Roberto Campos, and Rubin says it’s time for their name to reflect the full diversity of their work, their people, and most importantly, their culture.

As Rubin & Rotman, the firm had a number of long-term relationships with clients who were expanding to Ottawa. As these clients set their sights on the nation’s capital, they wanted to keep the firm’s expertise. Rubin says the firm toyed with the idea of opening an office in Ottawa, but were hesitant to do it without the right people.

During a joint venture with Ottawa-based architect Douglas Cardinal, they met Roberto Campos, who was working with Cardinal at the time designing the Cree Cultural Institute in northern Quebec. Over the duration of the project, Rubin & Rotman built a respectful and creative working relationship with Campos.

When Campos decided it was time for a change in his own career, the partners decided the timing was perfect to embark on their Ottawa expansion. 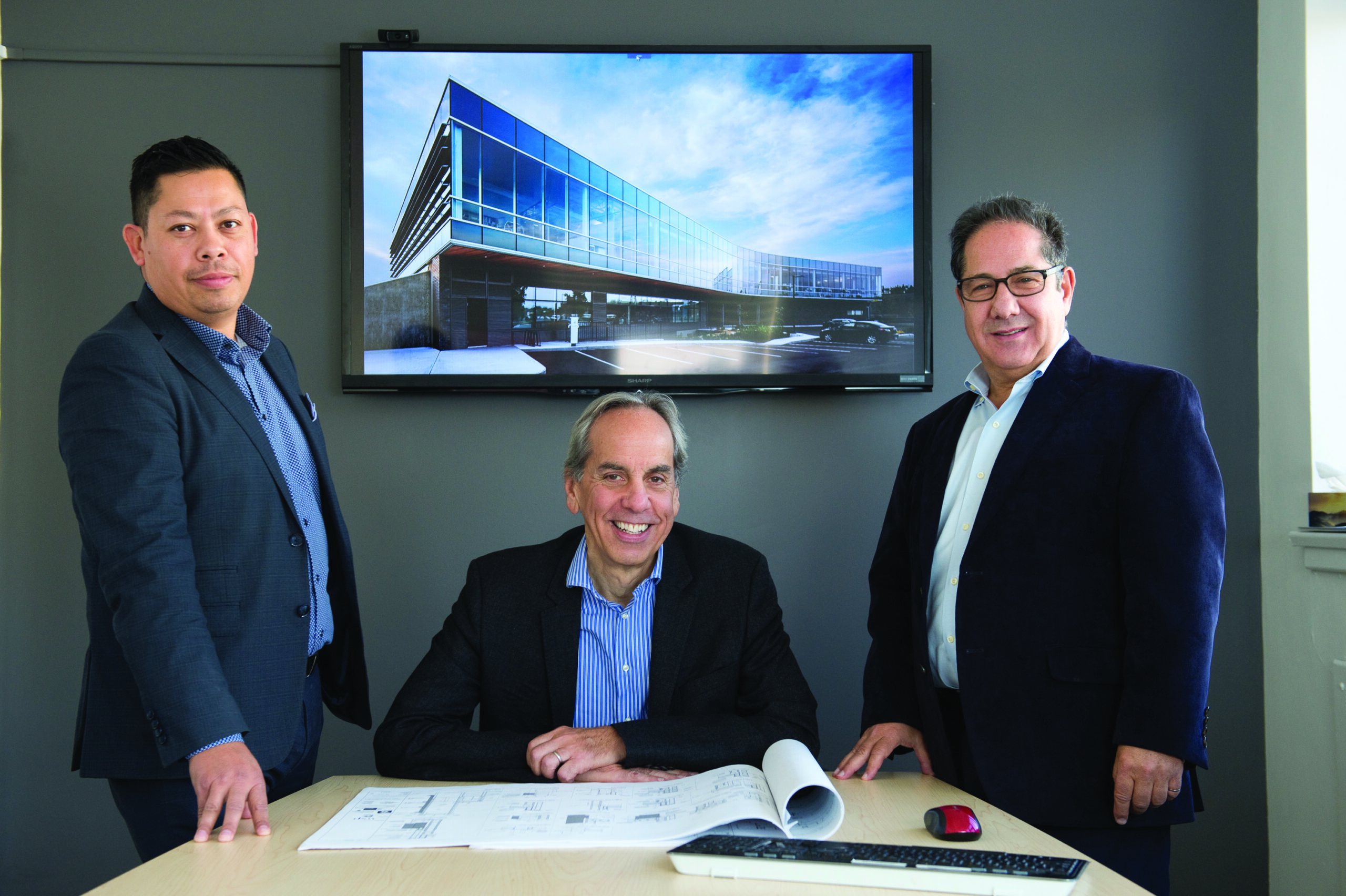 “We immediately said, ‘Let’s hire him,’” says Rubin. Campos was surprised – it would be a challenge, and the position was beyond the scope of what he had expected, but it was too good an opportunity to pass up.

“Part of what sold me was that from the very beginning they did not want to chase projects,” says Campos. “We wanted to build relationships.”
The Ottawa office officially opened in 2012, and the firm has been building its roots here ever since.

With five people in Ottawa to complement the 40-plus people FIGURR employs in Montreal, Campos says the busy firm stays connected despite the distance.

“We’re not two separate offices,” says Campos. “We really act as one firm.”

Rubin says that with the expansion to Ottawa, it was of the utmost importance to Figurr that the firm’s values continue to be upheld. The first of these values is relationships – with clients, colleagues, contractors and communities.

“We realized that to do good architecture, we had to be great collaborators,” Rubin says, adding that consistency is key to maintaining the relationships Figurr has built.

Rubin also stresses the importance of believing in the transformational aspect of the work they do.

“We change people’s lives,” he says, adding that FIGURR places just as much importance on design for a limited-budget project as they would on a full renovation.

“Our goal is to transform people’s experience, and we don’t define it in bricks and mortar.“

“Our goal is to transform people’s experiences, and we don’t define it in bricks and mortar,” Rubin says.

As well, the firm is committed to reinvesting in their communities, providing continuing education within the company as well as giving back to local food banks and other causes.

The firm has been involved in a diverse portfolio of work in Ottawa, including multi-unit residential buildings and school fit-ups. However, two high-profile projects in particular have put them on the Ottawa design map, thanks to their innovative approach to design and to the relationships they’ve built.

FIGURR was approached by a consulting group working for cannabis producer Tweed’s Smiths Falls facility. Tweed wanted to build a discovery centre for visitors, and FIGURR designed a creative and immersive experience that pays homage to the former Hershey factory’s history as well as providing education on cannabis and its production process.

Alongside engineering partners JL Richards, with whom the firm has a longstanding relationship, FIGURR took the story that Tweed’s branding company wanted to tell and turned it into a space that showcases one of the Canadian cannabis industry’s biggest players.

“I think it’s one of Canada’s largest and first public reveals of the history and story as well as the opportunities behind newly legalized cannabis,” says Rubin, adding that the firm’s emphasis on relationships and adaptability were key to the success of the project, which was completed on a short timeline. 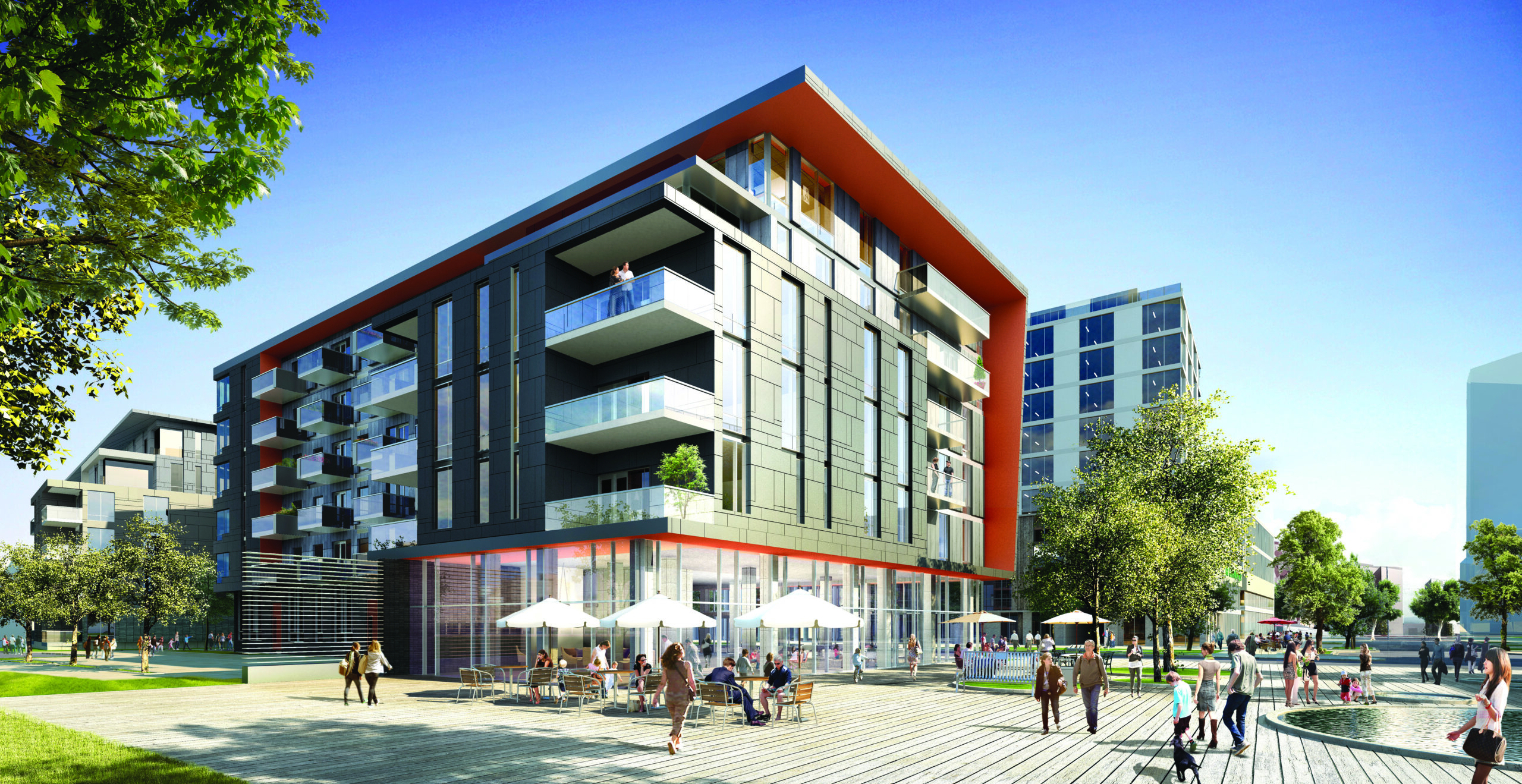 The firm was also one of the first architects to join the high-profile Zibi project bridging Gatineau and Ottawa. Zibi is the firm’s first big multi-unit residential project in Ottawa, and a particular source of pride for the partners, especially since it’s a sustainable development.

“They really appreciated the level of quality and innovation that we proposed,” says Campos. “They respected what we did at every stage of development.”

Campos says that FIGURR prioritizes sustainability whenever possible, not as a marketing point but as a value that influences all of the work they do. For example, the first Zibi building features an overhanging roof that provides shade to several floors, decreasing the need for air conditioning during the hot Ottawa summer.

For Rubin, the firm’s new identity represents another kind of sustainability as well: the building of a legacy for the firm, and the nurturing of a culture that will last beyond the founders.