Tucked away behind the trees lining Johnston Road in the city’s south end sits the headquarters for one of Ottawa’s most notable residential and commercial developers.

Since the 1940s, the Taggart Group of Companies has expanded its presence in the capital, contributing to local infrastructure development and building homes for many residents in the region.

As the business grew, however, the company’s headquarters became dated and stretched to its limits – most recently housing the Taggart Construction team as well as its sister companies Tamarack and Doran Contractors. 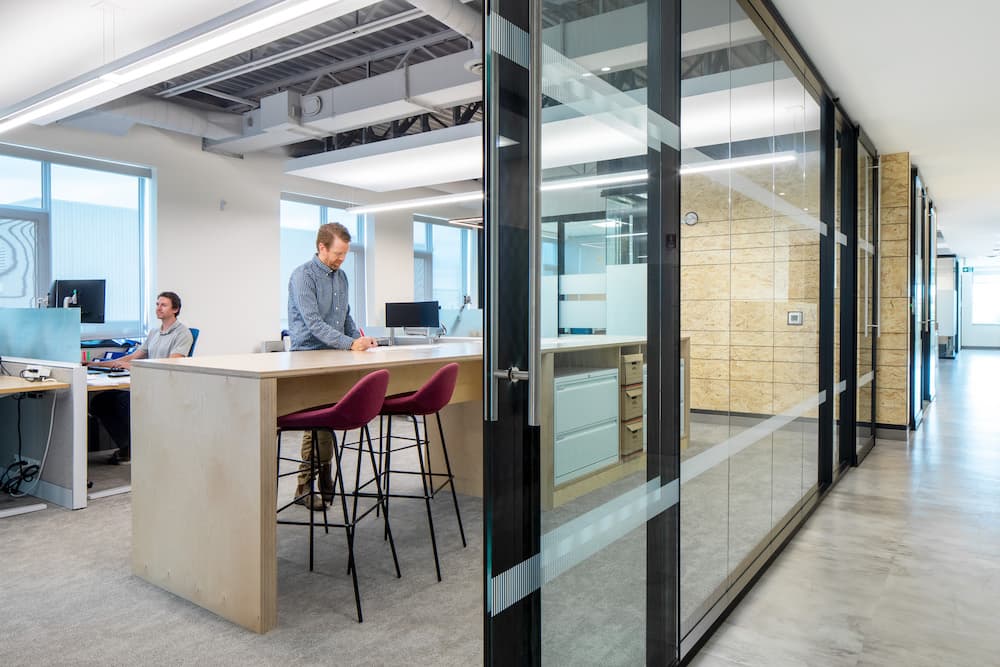 “The original building was from the 1950s and despite creating an extension in 2006, we outgrew that too,” said Art Bonsall, director of pre-construction at Doran. “It was time to bring our headquarters into the 21st century to match who we are as a company.”

Turning to Hobin Architecture – a longstanding partner and the team who helped revamp the developer’s Albion Street office in 1984, 1998 and again in 2006 – as well as interior design firm 4té Inc., Taggart Group set out to transform its historic office space, serving as both the client on the project and the general contractor.

The main part of the office renovation was the construction of 12,000 square feet of additional space, referred to as building C.

With Taggart’s HQ located within the company’s work yard, where it stores heavy equipment, trucks and materials, the team was limited in how far they could expand the building, says Doug van den Ham, Hobin Architecture’s lead architectural designer on the project. Instead of building out, van den Ham suggested Taggart build up, drawing up plans for a two-storey, 6,000 square foot building addition that would seamlessly fit into the existing structure.

“Working closely with 4té, we tried to come up with a new building floor plate arrangement that would be quite flexible and open given the space constraints,” he says. “We focused more on workgroups and collaboration spaces, as opposed to their existing layout, which was segmented and built around small individual offices.”

The new building is divided into three linear bays, with the centre spine housing washrooms, printer rooms and board rooms. The exterior bays are home to open workstations, with private offices lo

cated at either end, ensuring equal access to the daylight from the window-clad exterior walls.

“Having that solid centre line through the building was a strategic organizational tool for us to make sure we created spaces around it for each of the teams,” says van den Ham. “It was a drastic departure from the original layout.”

Branding at the forefront of design

While the flow of the office was completely reimagined, so too was the interior design of the space.

The new office is warm and welcoming, dressed in a neutral palette of grey, white and black hues. Modern glass walls are incorporated throughout the space, tying in the industrial-style exposed ceilings, which are in turn juxtaposed by warm wood materials and pops of colourful furniture. 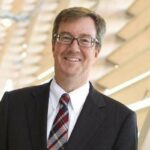 “Our goal was to create a look that was timeless, modern and reflective of Taggart’s history in the business,” says Tzoofit Hammer, principal at local interior design firm 4té Inc. “At the same time, it needed to be functional and durable, given that we are working with a client in the construction industry.”

To ensure longevity and sound absorption, 4té selected luxury vinyl tiles and carpeting that mimic concrete for the majority of the floor finishes – a nod to Taggart’s construction prowess. OSB plywood was used as a design feature for wall paneling in staff meeting rooms as well as in the staff lounge island millwork and ceiling treatment, creating a dynamic look and feel to the space, while materials meant to look like rusted metal and aged copper were incorporated in the lobby and in the washrooms.

“We wanted Taggart Group to feel represented in the space and for it to serve as a reminder to staff and clients of the great work they do,” says Hammer. “Their brand needed to be front and centre.”

A history of collaboration

When construction on building C wrapped up in 2020, and the reality of the pandemic set in, Taggart seized the opportunity to extend the renovation with Hobin and 4té past the new addition and into the remaining office in order to complete the next two renovation phases concurrently and expedite the overall duration of the project.

“With staff working from home, it became the perfect time to give the entire building a refresh,” says Jennilee Campbell, manager, project coordination and operations at Doran. “We ended up gutting both building A and B, which was great because now we have a cohesive look and feel through the entire space.”

While Hobin and Taggart have worked closely together on several iterations of the company headquarters over the years, the pair’s relationship extends far beyond the space at 3187 Albion Rd. 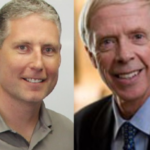 For decades, the duo has worked together on residential and commercial projects, bonding over a mutual dedication to building communities and developing impactful urban spaces. To date, Taggart and Hobin have collaborated on dozens of influential projects, such as the reinvention of 1140 Wellington W., which combines apartments, greenspace and retail space.

“It’s great working with a team that you feel like you can be honest with and share a similar vision with,” says Campbell. “A lot of that comes from that long working history.”

Pairing that generational relationship with Hobin’s decade-long partnership with 4té and you’re left with a dynamic team that could only lead to a successful project, says van den Ham.

It’s a sentiment echoed by Hammer.

“Everyone involved understood and recognized the strength and talent of the other, which led to this amazing building,” she says. “It was a collaboration in every sense of the word and the end result truly demonstrates that.”